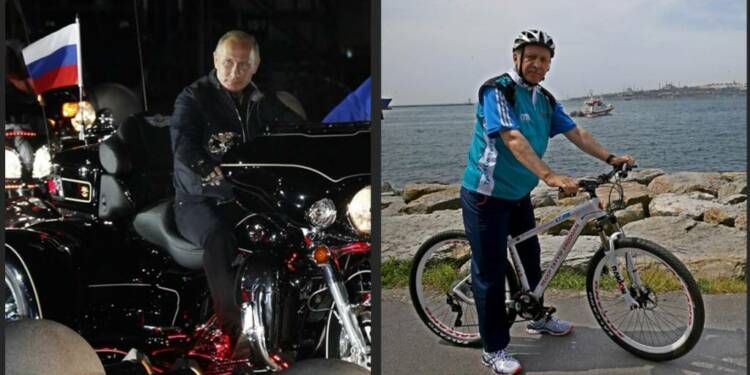 Even as the Nagorno Karabakh crisis is raging on, Turkey and Russia stand face to face on Ukraine. This comes after a meeting between Ukrainian President Volodymyr Zelensky and Turkish President Recep Tayyip Erdogan, which took place on 16th October. Ukraine and Turkey have agreed to continue efforts towards de-occupation of Crimea and try restoring Ukraine’s control over some areas in Donetsk and Luhansk regions.

In the statement, the two heads of the state said, “We agree to continue our efforts towards de-occupation of the Autonomous Republic of Crimea and the city of Sevastopol, as well as restoration of Ukraine’s control over certain areas in Donetsk and Luhansk regions of Ukraine.”

These statements are being seen as a deliberate attempt by Ankara to irk Russia. As anyone who knows the dynamics of the Commonwealth of Independent States (CIS) region, Russia doesn’t appreciate other countries interfering in this region. Moscow considers the previously USSR member countries to be part of its influence region just like India considers South Asia & Indian Ocean Region (IOR) as its area of influence.

Turkey is already fighting proxy wars with Russia in different regions, be it, Libya, Syria, Nagorno Karabakh and now possibly in the Ukraine and Crimea. The current Nagorno Karabakh crisis is a production of Turkish origin. It was Erdogan who supported Azerbaijan, basically giving a blank cheque for Baku to act as it saw fit, destabilizing the whole southern Caucuses region.

Read more: How Russia plans to enter into the Azerbaijan-Armenia conflict to beat Turkey and protect Armenia.

On the backdrop of these fight between Azerbaijan and Armenia, Russian Foreign Minister Sergei Lavrov had claimed that Moscow never considered Turkey as its strategic-ally. This statement has made it all the more clearer that Russia is positioning itself and if need be it can decouple its relations with Turkey entirely.

Now, Ankara is trying to encourage and support Ukraine for its effort to regain territory of Crimea which is mostly under the Russian control. Although just a set of agreements, the continuous attempts by Turkey to destabilize the regions and countries bordering Russia sends some obvious signals.

In addition to the latest tests, Turks have also been testing the S-400s for quite some time and at the expense of the USA removing F-35 project in Turkey and the possibility of sanctions from the European Union. While all of this is going on and Ankara is further isolated these statements do not make sense. And all these actions if lead to a direct conflict between Russia and Turkey, it will lead to Russian S-400s being used against it.

Turkey as per the current status-quo is not a major power in the region, Erdogan wants to destabilize as many areas as he can so that the re-emerging geopolitical scenarios turn in his favour. The only problem is that he is underplaying the possibility of other countries ganging up on Turkey keeping their interests on the side burner.

Thus, these statements, by Erdogan that he does not and will never recognize the illegal annexation of Crimea, were followed by military agreements with Ukraine which will certainly irk Vladimir Putin.

The USA, too, is really antagonized by Turkey taking actions which are against the interests of NATO, EU and the USA. Moving forward if Turkey and Ukraine take some action which may try to change the de-facto status quo since 2014 accession of Crimea into the Russian Federation, the situation will certainly escalate. The only difference will be that there will be no proxies and the two countries will need to directly fight it out.

Erdogan may think that it can push Russia around because if it retaliates, the NATO, the EU and other countries will come to save Turkey and help reach a ceasefire before Turkey loses big. But history doesn’t always repeat and those who only plan according to history without gauging the future, end up on the losing side.

Thus, Erdogan by escalating situation on the western borders of Russia after destabilizing the southern caucuses is calling for a war that he is not capable enough to handle. And if he continues to create enemies at the same pace as he is losing friends, then he is leading Turkey towards a disaster.