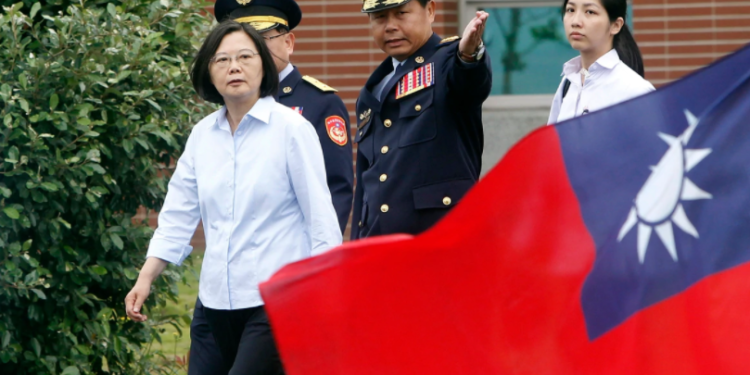 In another major escalation, Taiwan has accused two Chinese diplomats of attacking its government employees at an event organized on October 8th to celebrate Taiwan’s National Day. If one goes by the accusation then it is the first-ever physical confrontation between Beijing and Taipei’s diplomatic missions.

This is the first of a kind incident and the concern is, this may set a precedent that might become a norm in the diplomatic engagement among the two countries. The Taiwanese complaint mentioned that, during the event hosted by Taiwan’s de facto embassy in the Fijian capital of Suva at the Grand Pacific Blue Hotel, two Chinese embassy members forced their way into the event and started clicking pictures of the attendees and when asked to leave they assaulted the official which resulted in his hospitalization.

After the altercations in the Pacific Island nation of Fiji, the Taiwan Foreign Ministry Spokeswomen Joanne Ou said, “We strongly condemn the actions by the Chinese embassy in Fiji staff for seriously violating the rule of law and civilized code of conduct.” She added that Taiwan has submitted the evidence to Fiji police and has also officially lodged a complaint with the Chinese Embassy.

The seriousness of this incident can be gauged by the fact that neither Fiji’s foreign ministry nor Beijing made any immediate comments. This has happened at a time when China is threatening an invasion of Taiwan and any incident can become the spark to escalate issues beyond control.

China views Taiwan as its own territory and thus forces everyone to accept its one-China policy. The Chinese have become increasingly hostile in their approach towards Taiwan since the current Taiwanese President Tsai Ing-wen took office in 2016. This was partially because she represents a pro-democracy party which considers the Taiwanese people as distinct from the Chinese and professes for Taiwan to be an Independent nation-state and partially also because Xi Jinping wants his legacy to be of an uniter of the middle kingdom.

Read more: When China returns from the multiple fronts it has started battles on, Taiwan will become too big to handle

In the face of increasing Chinese coercion in the Taiwan strait, heightened naval deployment and more frequent fighter jet sorties into the skies above Taiwan, the lawmakers in Taipei are standing resolute. Statements like, ‘Democracy is worth fighting for’ and ‘Taiwan’s independence is worth saving’ are now visible all over the social media.

This showcases if Xi Jinping thinks he can scare and bully Taiwan into submission, the Island people are too proud and too resolute to give up in the face of intimidation by the paper dragon. China is rattled and is intimidating anyone and everyone who celebrates the national day of Taiwan, even attacking media in India, suggesting to follow the Chinese line of One China policy but to no avail.

The US military experts have also said time and again that PLA may probably try to attack the Islands, staging a big naval expedition is not feasible for the attacking side as the straits favour the defender.

Things are bound to escalate and by physically attacking a fellow diplomatic staff, China has set a precedent which not even a rogue state would establish. Where things will lead can only be speculated at this stage, but, the incident which took place in the small island nation of Fiji is going to go a long way.