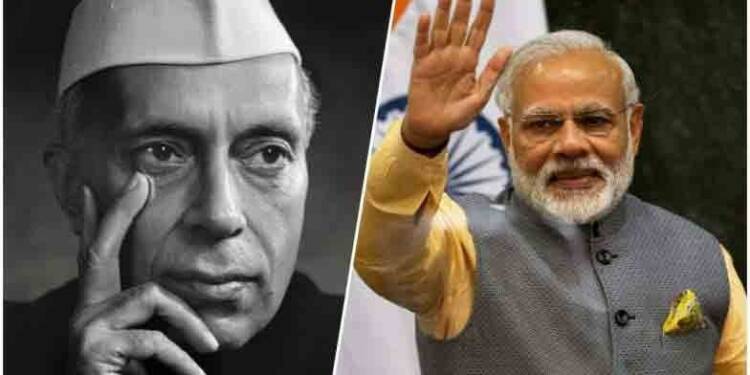 The Indian Army is giving the Chinese People’s Liberation Army (PLA) a bloody nose in the Eastern Ladakh sector along the Line of Actual (LAC)- the de facto India-Tibet (China-controlled) border. China wanted to use the COVID-19 Pandemic to take New Delhi by surprise and occupy Indian territory. However, when the PLA troops soon faced the shock of their life, as India’s battle-hardened soldiers started giving them a tough time in the harsh Himalayan terrain.

India is winning the ongoing military stand-off against China hands down and any military conflict between India and the People’s Republic of China (PRC) ought to be compared with the only full-scale war ever fought between the two countries- the 1962 war. At that time, India’s first Prime Minister Jawaharlal Nehru was at the helm of affairs. India had to then suffer a defeat at the hands of the PRC. Everyone knows how the 1962 war panned out and there is no use repeating the mundane details.

Where do we even start? Whether it was the bizarre idea of not using the Indian Air Force (IAF) to hem in a comparatively weaker and disadvantageously positioned Chinese Air Force or the strategic blunder called “forward policy” to set up military posts in a dispute zone without the capability of supplying food, equipment, arms and ammunition- Nehru’s 1962 war strategy failed on every front.

And then the level of carelessness is beyond belief. As for Ladakh, Nehru said, “In those barren land and mountains of Ladakh and Arunachal, not even a blade of grass grows, why Parliament is wasting time,” before the 1962 war.

Then on November 20, 1962, Nehru said, “Huge Chinese armies have been marching in the northern part of NEFA. We have had reverses at Walong, Se La and today Bomdila, a small town in NEFA, has also fallen. We shall not rest till the invader goes out of India or is pushed out. I want to make that clear to all of you, and, especially our countrymen in Assam, to whom our heart goes out at this moment.”

Now, you cannot beat an expansionist bully like the Communist China, unless you say it out loud that you care for your territory. Now, see what Prime Minister Modi has to say about Chinese misadventures. He says, “India will defend every inch of its territory.” India’s Home Minister Amit Shah also says, “We are vigilant for every inch of our land, no one can take it away…Our defence forces and leadership are capable of defending the country’s sovereignty and border.”

China is today being punished for every single misadventure- whether it was in the form of the heavy casualties inflicted upon the Chinese PLA during Galwan Valley bloodbath or even other manoeuvres.

When China waged war against India in 1962, Tibet was still fresh in global memory. Tibet is an ancient Buddhist Kingdom and as such India’s true Himalayan neighbour. Tibet was invaded by the PRC in 1950 and that should have made Nehru wary about China’s expansionist tendencies. A natural solution would have been to stand up for Tibet’s independence cause, but history tells us that Nehru did not read the ominous signals that appeared rather obvious to one of Nehru’s cabinet colleagues.

A month after Chinese invasion of Tibet, India’s first Home Minister and the number two in Nehru’s cabinet, Sardar Patel wrote to the Prime Minister. Patel cautioned Nehru, “The Chinese government has tried to delude us by professions of peaceful intention… They managed to instil into our Ambassador a false sense of confidence in their so-called desire to settle the Tibetan problem by peaceful means… The action of the Chinese, in my judgment, is little short of perfidy.”

Today, Tibet isn’t as fresh in global imagination as it was in 1950s, yet the Modi administration has managed to make an issue out of Tibet and find a stick to beat China with. During the ongoing military tensions against China, India brought in the mysterious ’22 Establishment’, officially called the Special Frontier Force (SFF). The SFF is a China-focused commando Force that recruits heavily from Tibetan refugees living in India.

PM Modi has managed to do more with the Tibet issue today, than what Nehru did more than six decades ago.

Taiwan (officially called the Republic of China or ROC) is recognised by 15 small nations today. In the 1950s and 1960s, Taiwan was recognised by the world as the real China. Until the early 1970s Taiwan (ROC) represented China at the United Nations (UN) whereas mainland China, or the PRC was kept out of the global body.

But guess what, Nehru chose the People’s Republic of China over Taiwan (ROC). He campaigned for mainland China’s UN membership and even a permanent membership for the PRC at the UN Security Council (UNSC). Both the United States and the erstwhile Soviet Union were ready to accommodate India as a permanent UNSC member in 1955, in lieu of Taiwan or even as a sixth permanent member of the powerful body. However, Nehru wanted the PRC to occupy the coveted position.

On the other hand, Taiwan might have lost much of its international recognition today. Yet, Prime Minister Modi is ready to enhance cooperation with the tiny Island nation of Taiwan located close to mainland China.

China might have remained a Communist-authoritarian nation and a bully since 1962. But India has sure changed. And Modi’s India knows how to cut a belligerent State like China to size.