Big blow for the CCP 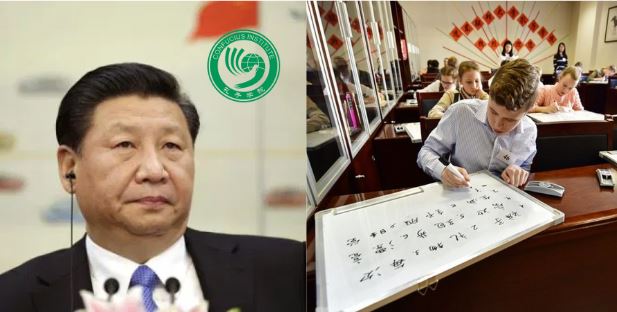 The ongoing Chinese belligerence is compelling the free world to target every possible Chinese Communist Party’s propaganda arm. And now the spotlight is shifting to one such CCP organ- the Confucius Institutes. The Beijing-funded Confucius Institutes are apparently supposed to promote Chinese language and culture in other countries. However, of late they have been accused of becoming a part of CCP’s global propaganda campaign.

Democratic countries around the world have been taking action against Confucius Institutes. Earlier this year, Sweden shut down the last existing Confucius Institute in the Scandinavian nation. More recently, it was reported that India was looking to target the CCP propaganda centres. And now the US seems to be exposing these Chinese state-run language and cultural institutes.

Last week, the Trump administration in the United States of America asked the higher education sector of the country to reconsider partnerships with the Beijing-backed Confucius Institutes. The US State and Education Departments sent letters to universities and state education officials warning them about Confucius Institutes.

The letters argued that Confucius Institutes, which are administered by a brand of China’s State Council, provide Beijing with a “foothold” to exert political influence in the US campuses and threaten free speech.

The letters further stated, “The presence of this authoritarian influence on our campuses has never been more concerning, nor more consequential.”

The Confucius Institutes, therefore, seem to have become a major cause of worry for the top echelons in the Trump administration. Confucius Institutes are presently operating in more than 60 American Universities and therefore the CCP has made deep inroads into American campuses through these Chinese state-run institutes.

Risks of pro-CCP propaganda and censorship on sensitive issues like Chinese human rights violations like Tibet and Xinjiang go hand in hand with the Confucius Institutes. Even the US State and Education Department letters have stated that cooperation agreements with the Confucius Institutes allow such institutes to employ teachers who are paid and vetted by the Chinese government.

The letters state that such teachers “can be expected to avoid discussing China’s treatment of dissidents and religious and ethnic minorities.” The letters added, “Confucius Institutes are branded as Chinese language and cultural learning centres, but there is increasing evidence that they are also tools of malign [CCP] influence and dissemination of CCP propaganda on U.S. campuses.”

The letters do not explicitly ask educational bodies to cut ties with the Chinese state-run Confucius Institutes. But we know that such China-backed institutes are at least on the Trump administration’s radar.

Radio Free Asia quoted Chen Kuide, Executive Chairman of the Princeton Chinese Society in the United States as saying, “I think the U.S. government has realized that Confucius Institutes have worked to expand the CCP’s foreign propaganda program locally.” Kuide added, “I think eventually, the U.S. will shut all of them down.”

According to Radio Free Asia, the National Association of Scholars, a conservative non-profit group too has revealed that at least 39 American Universities have announced plans to end their agreements allowing Confucius Institutes to function since early 2019. Thus, the growing Sino-American rivalry is actually creating issues for the Chinese state-backed culture and language institutes in the United States of America.

And the Trump administration itself has also been mounting pressure on Confucius Institutes. In August this year, the US Secretary of State Mike Pompeo asked the Centre, which runs Confucius Institutes in the United States, to get itself registered as a foreign mission. Pompeo had then said, “The PRC (People’s Republic of China) has taken advantage of America’s openness to undertake large scale and well-funded propaganda efforts and influence operations in this country.”

China itself has been perturbed by its waning influence in the American educational bodies even as the Trump administration takes on Confucius Institutes. Following the Trump administration’s recent letters asking higher education bodies to rethink their Confucius ties, Chinese Foreign Ministry spokesperson Zhao Lijian said, “What the U.S. has done has evolved into outright political persecution, which not only violates morality and justice, but also tarnishes the image of the US itself. This is New McCarthyism.”

But here is the real deal- China cannot simply intrude into free world countries, and run institutes which teach what Beijing wants them to teach. Confucius Institutes are therefore fast becoming a thing of the past- Sweden has shut them down and now the US is also cracking the whip. The Democratic world is therefore strengthening itself by drawing a safe distance from Beijing’s “soft power” agents.