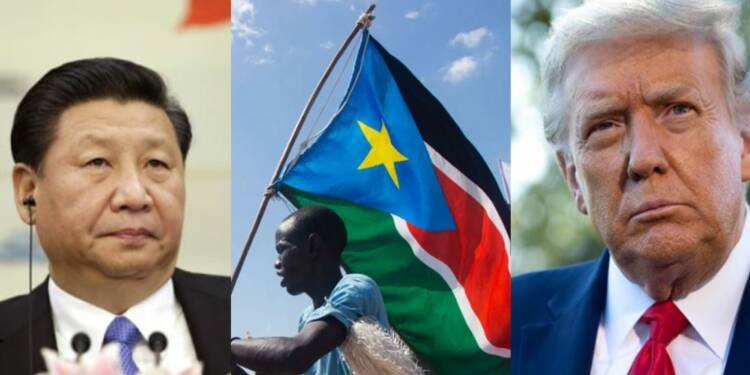 After 25 years, Sudan will again see the light of the US’ aid. After being forced into isolation by the Bill Clinton administration, Sudan will once more be free to attract the much-needed western investment in the war-ravaged country. The sudden turn of events comes as the Trump administration was successful in brokering a deal with Sudanese Prime Minister Abdulla Hamdok. The deal requires Sudan to pay $335 million to victims of the attacks on the embassies and USS destroyer Cole, in return for being delisted from Washington’s list of state-sponsors of terrorism (SST).

The news of the deal was tweeted by President Trump on Monday:

“GREAT news! The new government of Sudan, which is making great progress, agreed to pay $335 MILLION to U.S. terror victims and families. Once deposited, I will lift Sudan from the State Sponsors of Terrorism list. At long last, JUSTICE for the American people and BIG step for Sudan!”

The Sudanese Prime Minister in his reply tweeted:

“Thank you so much, President Trump! We very much look forward to your official notification to Congress rescinding the designation of Sudan as a state-sponsor of terrorism, which has cost Sudan too much.”

President Trump’s latest display of diplomatic dexterity has all but ensured that China’s BRI project will never see the light of day. The latest in the ‘Dealmaker-in-chief’ trophy cabinet now includes Sudan. A country ravaged by the Clinton administration’s decision to put it on the Terrorist watch list will now pay the United States $335 Million in compensation to the victims of the attacks and will also be the next in line to establish diplomatic relations with Israel. Sudan was one of the most important BRI destinations, but now it seems China will be met with another roadblock in its bid to develop the Belt and Road Initiative.

With US elections less than a fortnight away, this deal puts Donald Trump’s ability to broker deals even in tough circumstances back in the limelight and also reinforces his idea that he surely is the Dealmaker-in-Chief. The agreement will be welcomed by almost all US citizens whose lives were impacted by the attacks on US embassies in Dar Es Salaam, Tanzania and Nairobi, Kenya in 1998 and the attack on USS Cole off the port of Aden in 2000.

This will also be another dent in China’s BRI project. Sudan has been one of the most important destinations of Chinese investment since 1995. Sudan was also the first Chinese investment in Africa, and from thereon, it started becoming more and more influential in the African continent to the point of near domination.

Entry of the US into Sudanese territory will ensure investment diversity and give the Sudanese government leverage over unwarranted Chinese control over their economy. Sudan is one of the important states in Chinese BRI. US’ re-entry into the state along with the hordes of western allies to follow will completely dismantle the Chinese monopoly on the Sudanese economy.

The US is also encouraging Sudan to establish official diplomatic relations with Israel. In the last week, the US has established diplomatic ties between Israel, Bahrain, and The United Arab Emirates. This seems is a part of the US policy to establish a united front against the rising Chinese influence in the Middle East and Africa.

The formalization of diplomatic ties between the two states is being brokered by the US, which is even willing to accept Sudan’s demand for oil and wheat shipments and billions of dollars to aid its deteriorating economy where Inflation has crossed frightening levels. This is just another failure of Chinese investments to help the destination country in their development.

Donald Trump, coming up for re-election in less than a fortnight, sees this as a victory of the American people and another victory of his persistence to counter China. Unsuccessful in his bid to extend Iran’s sanctions, Trump has moved swiftly to ensure a counter to China’s inevitable entry into Iran. Trump’s foreign policy in the region has ensured that China’s entry into the region will not go unchecked. Bahrain, UAE, and now Sudan’s diplomatic relations with Israel would ensure a regional bloc to contain China’s unwarranted but rising influence.

Trump’s anti-China policy has already garnered him much appreciation and support from the Asian-American community who have rallied to his support in the upcoming elections. With another diplomatic victory to contain China, another term for the President looks more and more likely.