China is being very careful with Japan 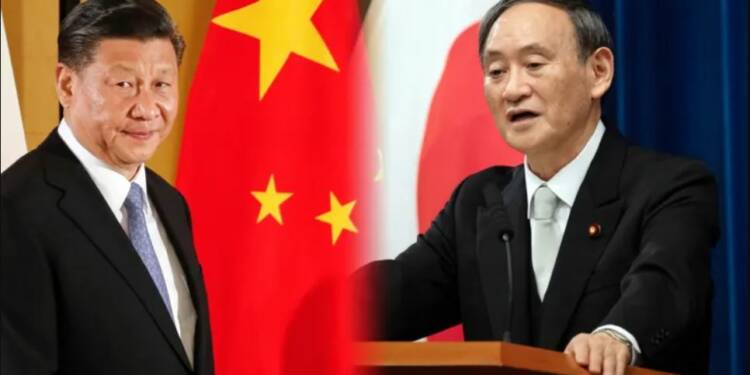 Japan’s Prime Minister Yoshihide Suga has openly provoked Beijing over the South China Sea. However, Chinese President Xi Jinping seems listless in face of Suga’s latest manoeuvre. During his recent four-day visit to Vietnam and Indonesia, Suga addressed students of the Vietnam-Japan University in Hanoi in a speech titled “Building together the future of Indo-Pacific”. In his speech, the Japanese Prime Minister claimed that “developments contrary to the rule of law and openness” have been unfolding in the South China Sea.

It is clear that Suga was referring to China when talking about developments “contrary to rule of law”. And then Suga made the big provocation. He said, “Japan will work hand in hand with ASEAN to establish the rule of law in seas and oceans.” Suga is actually giving China a dose of its own medicine in the South China Sea. China has been trying to finalise a Code of Conduct in the South China Sea, but Japan is ready to hand over a knife to China’s ASEAN adversaries. Yet, China has chosen to stay silent.

China gave absolutely no reply to Suga’s grave provocation. Chinese Foreign Ministry did not ask Japan to stay away and the Chinese Communist Pary mouthpiece, Global Times, did not write any inflammatory content about Japan. Why is China silent? The short answer is that China doesn’t want to annoy Japan. And the long answer is that there are four very specific reasons why China chose to stay mum, even in face of Suga’s big provocation.

Xi Jinping claims that the Chinese economy has recovered from the COVID-19 Pandemic, and is now projected to grow at 4.9 per cent. But these growth numbers are as unreliable as any other Chinese statistic.

Numbers simply don’t add up for China- its exports have been tumbling in face of a global economic slowdown. The US and India are leading an assault on Chinese tech giants like Tencent and Huawei. And locally, the Chinese economy has been ravaged by floods and fears of an upcoming farm crisis.

China needs Japan in order to salvage its dipping economy. Japan is already looking to incentivise its manufacturing giants who are ready to move out of China. And if Beijing engages in a diplomatic stand-off with Tokyo right now, the Suga administration can simply demolish the Chinese economy in no time.

Suga has quite clearly opened up the South China Sea front. But still, it is in Xi Jinping’s best interest not to annoy Japan and wake up the Samurai, when China is already engaged in a bitter military confrontation with India.

Japan has a lot of leverage against China. Suga can afford to visit Vietnam and take a dig at the People’s Republic of China, but if Beijing needles Japan, then the Chinese People’s Liberation Army would end up dealing with two Asian giants- India and Japan. Xi Jinping knows that China would get crushed if it gets involved in such a two-front scenario.

Sino-Japanese tensions are at an unprecedented high. And China wants a reset in bilateral ties so that it can get some diplomatic leverage in the fast-changing contemporary geopolitics. Even from an economic point of view, Xi has to keep China’s second-largest trading partner, Japan in good humour.

However, Xi Jinping understands that Sino-Japanese ties might be just a misstep away from falling apart completely. Strategic circles in Beijing must have understood that taking on Japan over Suga’s South China Sea remarks is a temptation that they must resist, lest Tokyo should completely decouple itself from China just like Japan’s QUAD allies- India and the US have drawn a safe distance from the paper dragon.

The Chinese President wants to visit Japan, but neither Suga nor his predecessor, Shinzo Abe have been very welcoming. Xi Jinping was supposed to visit Japan in April this year, but his visit keeps getting procrastinated unceremoniously. Xi Jinping’s inability to get an invitation from Tokyo is a diplomatic embarrassment for China on a global scale.

Now, China is looking to send its Foreign Minister Wang Yi to Japan. On his planned visit to Japan, Wang Yi will face an uphill task- secure a state visit invitation for his President, Xi Jinping. Yi will not be able to lay the groundwork for Xi’s visit if Beijing even tries to confront the Suga administration over the Japanese Prime Minister’s South China Sea remarks.

Thus, while Japan openly provokes the paper dragon, Xi Jinping has no choice but to stay mum.