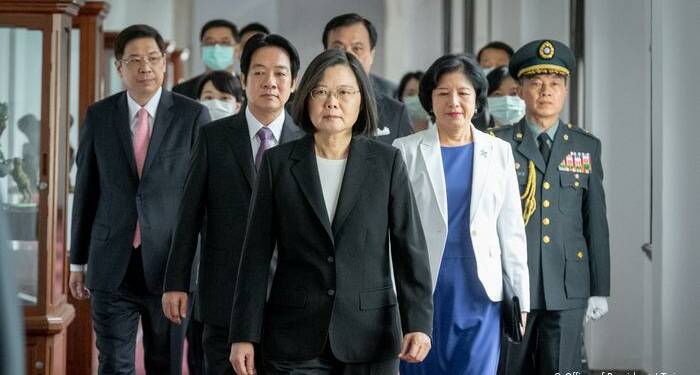 The situation in the Taiwan Strait is deteriorating and China has been increasing the military buildup on its eastern borders. In such a situation, the USA has come to Taiwan’s help and approved a $1.8 billion arms sale. While Xi Jinping is telling his soldiers to be ready for war, this arms deal may very well be the much-needed deterrent against Chinese belligerence.

The approved arms package includes 11 Truck based High Mobility Artillery Rocket System (HIMARS), 135 AGM-84H Standoff Land Attack Missile Expanded Response (SLAM-ER) missiles and six MS-110 Recce external sensor pods made by Collins Aerospace for planes. In addition to this, as per Reuters reports, Washington is moving forward with 5 separate sales of sophisticated equipment with a total value of around $5 billion.

China is trying to portray these arms deals as a US attempt to increase Taiwan’s offensive capabilities. Although AGM-84H cruise missile is capable of recking havoc at Mainland China’s coast, these are for extreme deterrence in the face of imminent threat of the Chinese Military expedition. In the same lines, Taiwan’s Defense Minister Yen De-fa said that Taipei is not looking to get into an arms race with China but does require credible combat capability.

Taiwan has been pushing for defence modernization based on the “asymmetric warfare” capabilities. These capabilities are based on a situation when the threat state is way more powerful than the defender. Here, Taiwan is trying to utilize its increased defensive capabilities to deter China from any offensive and make any possible expedition highly difficult and costly.

Alexander Huang Chieh-cheng told SCMP that these three weapon systems were the first “offensive” systems provided to Taiwan since the US replaced formal diplomatic recognition from Taipei to Beijing in 1979. He added, “These systems have the range to be projected to targets along the Chinese coastal area and can perform counter-strike missions, but with limited numbers and complex targeting requirements, they are primarily for deterrence purposes.”

Beijing has responded by saying that the $1.8 billion arms deal with Taiwan will have a major impact on bilateral US-China ties. However, these might very well be empty threats as the bilateral ties are already at an all-time low. Taiwan, USA and China have a long history together, and the US commitment to Taiwan’s security was systematised in 1979 in the form of Taiwan’s Relations Act. Since then the USA has been proactively safeguarding Taiwan by providing its defensive capabilities and by discouraging any Chinese designs for the military takeover of Taiwan.

The year 2020 has seen increased activities by Beijing infringing Taipei’s sovereignty. Be it by fighter aircraft sorties, reconnaissance missions, or sending ships inside Taiwanese territories. China has been at it and now even its workers in diplomatic missions have been attacking Taiwanese representatives, an example being Fiji.

All these offensives are probably heading towards an unprecedented event on the hands of the Chinese, and for that very reason, Taiwan needs to have a very robust defence capability if it wants to safeguard its sovereignty and democracy.

The defence modernization of Taiwan is going on under the direct leadership of President Tsai Ing-wen. The latest $1.8 billion worth arms deal is sure to be followed by more arms sales, by the USA to Taiwan. Gaining capabilities for asymmetric warfare combined with the increasingly active participation of Taiwan with fellow democracies will provide enough defensive capital so that China is deterred in its designs for undertaking military expeditions.

Proof of China’s economic mess: A Chinese firm valued at $1.4 billion could be sold for only $1000 now