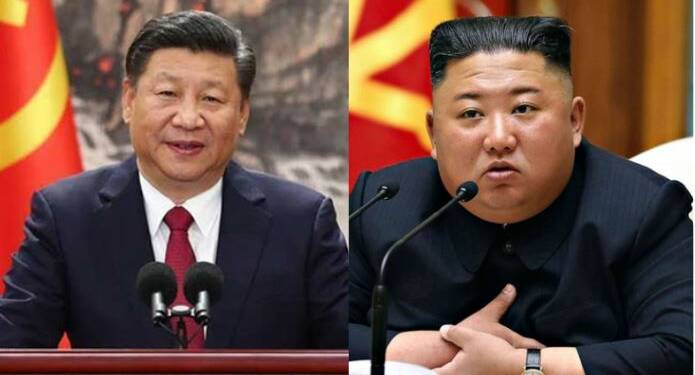 Facing military and diplomatic pressure from all sides, Chinese President Xi Jinping has been taking unprecedented and desperate measures to release the sheer pressure that the free world has been building on China. Recently, for example, Xi tried to bring up the subject of an old war in order to impress upon a so-called ally which seems to be slipping out of Beijing’s hands.

On Friday, Xi gave a rather rhetorical speech before a packed audience at Beijing’s Great Hall of the People to commemorate the 70th year of Chinese entry into the Korean war. The Chinese President’s speech is now being seen as a thinly-veiled jibe against the United States of America. But the reality is that Xi’s speech was not a message to any of China’s enemies, including India, the US and Japan. Xi’s speech was a direct message to North Korea- an ally that hasn’t been giving very good signals to China lately.

Xi’s speech was such that it was easy to interpret it as a veiled jibe at the United States of America. Xi quoted the People’s Republic of China founder, Mao Zedong and said, “Let the world know that ‘the people of China are now organised and are not to be trifled with’.” Xi made no direct reference to the US, but he did say, “Seventy years ago, the Imperialist invaders fired on the doorstep of a new China.”

The Chinese President added, “The Chinese people understood that you must use the language that invaders can understand – to fight war with war and stop an invasion with force, earning peace and security through victory. The Chinese people will not create trouble but nor are we afraid, and no matter the difficulties or challenges that we face, our legs will not shake and our backs will not bend.”

And then Xi went into the usual rhetoric. He reaffirmed his ambition of making the Chinese People’s Liberation Army a world-class military and stressed, “Without a strong army, there can be no strong motherland.”

Xi also tried to blame the free world for the geopolitical uncertainties that have taken grip of the world today. The Chinese President said, “In today’s world, the pursuit of unilateralism, protectionism and extreme egoism leads nowhere.” He added, “Arrogance, always doing as one pleases, acts of hegemony, overbearance or bullying will lead nowhere.”

The Chinese President did show muscle by bringing up the Korean war. Within the Chinese Communist Party, the Korean war holds a lot of significance. The People’s Republic of China had then sent troops to aid North Korean forces against a UN coalition led by the United States. Beijing refers to the Korean war as the “War to Resist U.S. Aggression and Aid Korea.”

But Xi is unlikely to use the seven-decades old war for taking jibes at the United States. The Chinese President understands that he cannot simply scare away the US by making emphatic references to the Korean war. If there is anything that Xi can try to achieve by making emotional references to the Korean war, then it has to be winning the trust of North Korea all over again.

Xi is reminding Kim Jong-un, the Supreme Leader of North Korea, that Chinese troops had fought for North Korea during the Korean war. The Chinese President is also trying to convince Pyongyang that China can defend itself and its allies. This is why Xi chose the 70th anniversary of China’s entry in the Korean war to speak about his ambition of creating a world-class Chinese military.

It appears that North Korea has been losing faith in China’s ability amidst the ongoing decoupling of China by the free world. Kim Jong-un has therefore been striking a less confrontational and sometimes even apologetic approach towards the West and allies. Last month, Kim offered a rare apology for the killing of a South Korean civilian official near the disputed sea border of the two countries.

Earlier this month, while addressing his countrymen, tears rolled out of Kim’s eyes as he thanked the troops for their sacrifices and apologised to citizens for failing to improve their lives.

This is not all, in August, a North Korean patrol boat opened fire on a Chinese boat that was fishing illegally in North Korean waters and three Chinese fishermen were killed in the incident. The aggressive posturing from North Korea left many befuddled.

A loud and clear message going across is that North Korea isn’t China’s lackey anymore and is perhaps opening up to the West, and this must have got Beijing worried. If North Korea embarks on a path of rapprochement with the democratic world, then it would be quite a diplomatic disaster for China. Xi understands the awkward situation that he finds himself in.

Therefore, Xi’s Korea war rhetoric wasn’t targeted at India, Japan or even the United States, rather it was a direct message to North Korea in a bid to win back the ally that Beijing seems to be losing all of a sudden.

China stole their water, so angry Cambodians come out in streets to kick China out of Cambodia