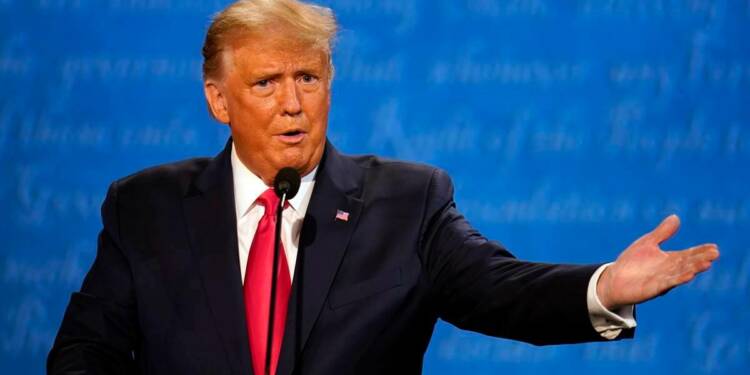 US president Donald Trump, who is up for re-election made some statements about India’s “filthy air”. Media did what Media does, blew it out of proportions. Swarmed over it like flies over a carcass. And the smell of a sinister propaganda mechanism underway filled the air.

In the latest Presidential debate, while explaining the decision to pull the United States out of the Paris Accord, said, “Look at China, how filthy it is. Look at Russia, look at India- it’s filthy. The air is filthy.” Explaining a move of such cosmic proportions is no small feat, but the manner in which Trump’s statement has been presented, seems like it’s a last-gasp effort of the pro-democrats to swing Indian-American votes in their favour.

Attacking Trump on this statement, just days before the US presidential elections feels like it has some sinister connotations attached- a last-gasp effort to turn Indian-Americans to vote for Biden. Indian-Americans are one of the most richest, and fastest growing demography in the United States. The Democrats’ decision to appoint Kamala Devi Harris has not gone down well with the India Americans. Constant criticism of India and Indian policies domestically has resulted in a large shift of votes to Republicans.

Kamala Harris, Bidens VP candidate of Indian origin, has made several vocal comments about the abrogation of Article 370 in Kashmir as well as the Citizenship Act amendments in 2019. Moreover she said, “We’ve to remind Kashmiris that they are not alone in the world. We are keeping a track on the situation. There is a need to intervene if the situation demands”

A “need to intervene”. A plan to intervene in India’s domestic policies is even more dangerous than a comment about India’s air. The constant criticism of India’s domestic policies about Kashmir, CAA and Article 370 is too close to comfort for the Indian Americans and therefore, there has been a huge shift in the Indian-American demography to vote for President Trump, who shares a close relationship with the current Indian administration and great work chemistry with Prime Minister Modi.

In addition to that, Joe Biden has never been India’s friend. It was his intervention that sabotaged India’s space programme back in 1992. His meddling meant that India was unable to procure Cryogenic Technology from the Russian Space Agency, Glavkosmos, at $250 million, which would have played an important role in missions involving heavy satellites going deeper into Space.

President Trump is certainly not the most articulate, when explaining his decisions, moreover it was a presidential debate in the United States. It’s a circus. But we’ve had people claiming to turn potatoes into gold. So, what trump said, is sad, but also sadly the Truth.

Indo-US relations has dynamically grown many folds under the leadership of President Trump and Prime Minister Modi. Defence and Security has been one area where the two states have worked the most. Moreover both the states have worked on their converging interests to contain Chinese influence in the Indo-Pacific and with Australia’s inclusion in the Malabar exercise, a formal militarized consolidation of QUAD is surely en-route.

So in light of the progress made, do the “filthy-air” remarks have any impact on India’s relationship with the United States? No. Does this impact Trump’s stand on China? No. Has the Indian media made a mountain out of a mole hill? Yes.

Also Read: India–US relations in the age of Modi and Trump

The President was justifying his decision to walk out of the Paris Accord and made a statement about India. Congress party jumped at it and made it seem like the Indo-US relations are just seconds away before falling like a house of cards. It even turned the “woke uber liberals” into “uber nationalists”.

Those who took offence to Trump’s statement, need not look anywhere except their windows. It’s true. India’s air is filthy. The statistics prove it and those who live in reality know that.

Some of us think that NRIs will be angry with Trump for calling air quality in India as filthy. They have no idea how disdainfullly NRIs talk about cleanliness in India.

Those worried about how Trump’s statement will corner Indian Americans to vote for Biden and how difficult it would be for Trump to get back in the good books. This tweet perfectly sums it up.

After India and Japan, it’s Australia’s turn of QUAD diplomacy as it reaches out to Brunei