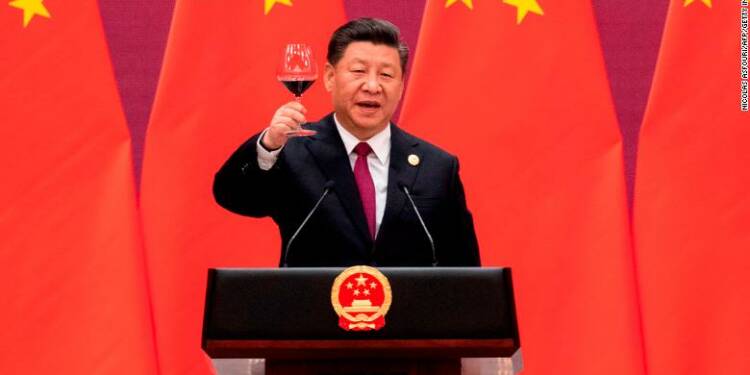 Even now, the practices of the Chinese government are as opaque as they used to be in the 1970s, although, private players are slowly moving towards international norms. A big mystery about China in the last few years is how its foreign exchange reserves are stable between 3 to 3.2 trillion dollars since 2017, the first year of Trump’s when he launched a scathing attack on Beijing’s currency manipulation practices.

The availability of foreign exchange reserves determines a country’s ability to influence the value of its currency against US dollars. Whenever a central bank sells foreign exchange through the open market, the value of its currency against the US dollar appreciates due to a weakening of dollar demand which leads to value erosion.

For example, suppose a product from a particular company, costs a hundred dollars in the US and now the company wants to sell the product in India. Given the fact that the value of one dollar is around 75 Indian rupees, the product would cost 7,500 rupees in India. The lesser the value of the currency, the more the prices of exported goods in that country. Similarly, if a good is produced at 75 rupees in India, it would cost only 1 dollar in the US- very little compared to an average US citizen’s purchasing power- and people in the US would prefer goods imported from India because this would cost them less but this would also lead to the collapse of American industries in that segment because their sales would go down.

Therefore, China kept manipulating its currency and amassed foreign exchange reserves worth 3 trillion dollars- 5 times of India- because it helped to export aggressively and protect their domestic industry. But Donald Trump won the Presidential elections by exposing China’s manipulative techniques and after becoming President, he put China in the currency monitoring list along with Japan, South Korea, Germany, Italy, Ireland, Singapore, Malaysia, and Vietnam.

Being on the monitoring list means that if China is found to be manipulating its currency, the American government would put it on the currency manipulator list and take appropriate actions as it did with the country in the early 1990s and with Taiwan and South Korea in the late 1980s.

As per a report by South China Morning Post, economists are now wondering, “Why is the yuan not rising more sharply on strong buying demand as China’s economy snaps back from the coronavirus pandemic and foreign investors buy mainland securities to take advantage of attractive returns? Is Beijing suppressing the strength of the yuan through intervention? And if so, why has the amount of foreign exchange reserves not grown as a result?”

Many economists and analysts are doing guesswork that the country has allowed free capital outflow to keep the exchange rate and foreign reserves stable. But the value of the Yuan has depreciated since 2017 and this looks very unlikely given a healthy projected growth in the Chinese economy and therefore, the majority of the analysts argue that People’s Bank of China is using some secret technique to keep its foreign reserves stable and at the same time manage to keep the prices of Yuan stable while as per market conditions it should have appreciated against the US dollar.

Some argue that China probably shifted assets off-balance sheets in the state-owned banks in order to keep the nominal value of reserves stable. This way, China continues to manipulate its currency without catching the eye of the Trump administration.

Whatever be the method of manipulation, the fact remains that China is fooling the Trump administration and the world through secretive practices and opaque functioning and continues to manipulate the currency despite the warnings. The market conditions tell that for foreign exchange to remain stable, China should have spent extra forex of the last four years in the market, and that would have led to substantial strengthening of the Chinese currency. But, on the contrary, its currency is depreciating- helping it in expanding its exports- and therefore, the Chinese central bank is fooling the United States. The Trump administration must look into the matter and designate China as a currency manipulator.