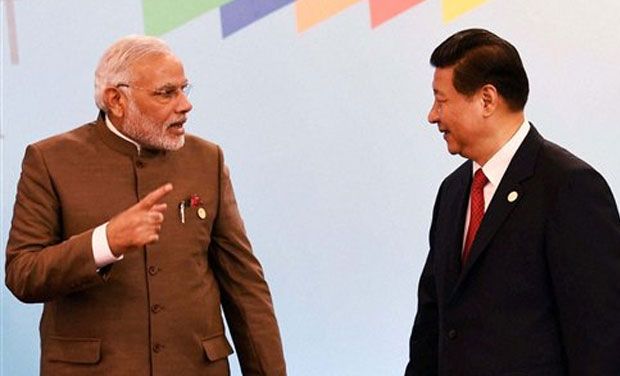 New Delhi is all set give China’s Belt and Road Initiative (BRI) ambitions in Central Asia a severe and painful jolt. India is looking to work on the International North-South Transport Corridor (INSTC), in a bid to put Central Asia on the global connectivity map and cut across China’s BRI projects in Central Asia.

In line with its ambitions to kickstart connectivity projects in Central Asia, India’s External Affairs Minister will hold a virtual meeting with the Foreign Ministers of Central Asian countries, on October 28. The meeting will focus “specifically” upon “promoting connectivity and development partnerships in the region.”

With this, India is looking to help the landlocked Central Asian region capitalise upon its strategically significant location as a connectivity hub sandwiched between South Asian countries like Iran, India and Afghanistan on one side, and Russia and the Baltic nations on the other side.

India’s Ministry of External Affairs (MEA) has stated, “Foreign Ministers of India, Kazakhstan, Tajikistan, Turkmenistan and Uzbekistan as well as First Deputy Foreign Minister of the Kyrgyz Republic will participate in the meeting.”

The MEA release has further stated, “The Ministers will exchange views on a wide gamut of areas including political, security, economic and commercial, humanitarian and cultural spheres as well as on regional and international issues of mutual interest.”

But most importantly, the MEA has disclosed, “The Ministers will specifically deliberate on promoting connectivity and development partnerships in the region.”

Recently, India’s Ambassador to Uzbekistan Manish Prabhat also said that the Indian government is “working on the International North-South Transport Corridor (INSTC) and Uzbekistan can also become its member. An air corridor between India and Central Asia is also being worked on. Indian carriers should also target direct flights to Uzbekistan.”

New Delhi’s plans are thus clear. India is going to reinvigorate the International North-South Transport Corridor (INSTC) treaty that was ratified by India, Iran and Russia in 2002. INSTC is a unique project paving way for a 7,200 kilometres long trade network, running from the Indian Ocean to the Persian Gulf via Iran’s main port- Bandar Abbas, further into the Caspian Sea via Russia’s Astrakhan port, and finally reaching Europe via St. Petersburg in Russia and Baltic Sea.

The INSTC treaty envisages economic cooperation for all the countries that fall on the way of the 7,200 kilometres long trade network. The Central Asian countries therefore become the biggest beneficiary of the unique trade network project.

That India plans to put Central Asia on global connectivity map also becomes clear as the MEA has stated that the “Acting Foreign Minister of the Islamic Republic of Afghanistan will also attend the meeting (2nd India-Central Asia Dialogue) as a special invitee.”

It is not a matter of surprise that Central Asian countries of Kazakhstan, Kyrgyzstan and Tajikistan are already member states of INSTC. Uzbekistan and Turkmenistan have however not yet joined the trade network project. However, New Delhi is also looking to woo Uzbekistan in order to strengthen its influence in the region.

Now, as India reaches out to Central Asia with INSTC, Beijing will find that its BRI will go down in importance. The level of regional overlapping between INSTC and BRI is remarkable.

While INSTC will run in a broadly North-South direction, exploring economic cooperation with all the countries in the way, the BRI plans to stretch in an East-West direction passing through Central Asia, to Azerbaijan in South Caucasus, further into Turkey in the Eastern Mediterranean, and finally into Europe.

However, INSTC can steal all the BRI participants falling in its way like Azerbaijan, Armenia, Central Asian Republics, Iran and even the three Baltic countries– Latvia, Lithuania and Estonia.

Moreover, the fact that India has openly invited Uzbekistan to the INSTC shows that New Delhi and Moscow do have a broad understanding in going ahead with this project. Otherwise, India wouldn’t have reached out to Tashkent at a diplomatic level.

The Kremlin considers Central Asia as its exclusive “sphere of influence”. So, the signs of Russian acquiescence to New Delhi’s fervent attempts of promoting the INSTC shows that Russian President Vladimir Putin reposes more faith in India than in Xi Jinping’s flagship BRI.