Macron played a gamble on three fronts and it paid off. Now, France has dethroned Germany

France has become the unelected leader of Europe 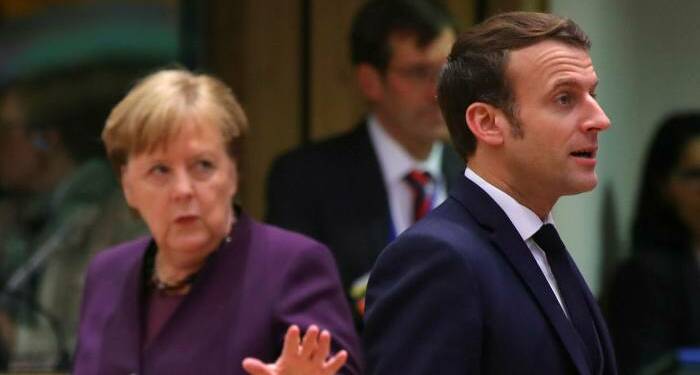 French President Emmanuel Macron might have pulled a fast one on Berlin. For years, Germany remained the the most powerful European Union power- the de facto leader of the Brussels-based intergovernmental bloc. Yet, in the changing global realities, Macron has been able to outmanoeuvre a confused German Chancellor Angela Merkel and propel France into becoming the unelected leader of the European Union.

Macron has silently staged an upset within the EU. And he has outdone Germany with three daring gambles- rapprochement with Russia, intent to fight Erdoğan’s Turkey and early recognition of the Chinese threat. On the other hand, the German Chancellor kept pushing for status quo in a fast-changing world to the extent of pushing her own country into irrelevance.

The interplay of Macron’s intent to align Europe with a changing world and Merkel’s insistence on maintaining the status quo has been such that Macron’s stature is now getting bigger both inside and outside Europe, whereas Merkel seems to struggle.

Macron’s low-profile diplomatic manoeuvring had started in 2018 itself when he warned that China was “building its hegemony step by step … a hegemony which will reduce our freedom, our opportunities” in the Pacific and also underscored the need for a “Paris-Delhi-Canberra axis”.

In March 2019, the French President told the European Council, “The time of European naivety towards China is over.” This was the first sign of a tougher French policy against China.

But while Macron was issuing warnings about the Chinese threat, Merkel was pushing Germany and the European Union closer to Beijing. Germany’s business interests were bringing Beijing and Berlin closer. In the process, Merkel, the de facto EU leader, was also bringing Brussels closer to Beijing even if it meant compromising upon the interest of certain fellow EU members being bullied by the paper dragon.

Merkel was clearly living in an anachronistic world. Therefore, while her administration refused to admit that China was the real threat for a long time, Berlin kept bringing up the memory of past Russian aggression in order to preserve the Trans-Atlantic relationship. Very often, Merkel demands sanctions against Moscow in the hope that some anger against Russia would reinvigorate the past US-Germany ties.

However, what the German Chancellor doesn’t understand that the world is past the Russia-US Cold War and that even the man currently sitting in the White House is far more worried about China than about Russia. Macron, on the other hand, understood that Russia doesn’t have to be looked down upon as an enemy.

So, while Putin faces relentless anger from the Western world led by Germany, Macron has been the one extending a helping hand to the Russian President.

Last year, the French President held a meeting with his Russian counterpart ahead of the G7 summit. Macron’s party spokesperson on European affairs, Pieyre-Alexandre Anglade, had then said, “At a time when institutions, treaties and even borders are no longer respected, dialogue with Russia is necessary for France and Europe.”

This year Macron again met Putin and discussed issues like Ukraine, Syria, and Libya, as well as the Balkans. More importantly, the French President explored common ground with Putin and spoke of the need to “combine our efforts” on common threats like the Pandemic, international terrorism and climate change.

Macron might have been ridiculed for reaching out to Russia, something that is considered outrageous in parts of the Western world. But Macron’s outreach to Russia has given him a lot of diplomatic heft. France has been instrumental in reinvigorating the Minsk Group to tackle the Nagorno-Karabakh conflict. Macron has been able to stitch together an unlikely alliance comprising France, the US and Russia.

Finally, France has also managed to take on Turkey which was constantly blackmailing EU with the threat of flooding Europe with refugees. Turkey’s President Recep Tayyip Erdoğan went as far as bullying EU members- Greece and Cyrprus over maritime conflicts in the Eastern Mediterranean.

But what did Germany do about Turkey? Berlin continued to view Ankara as an ally despite Erdoğan’s war-mongering. Athens even raised concerns over Germany-Turkey friendship. At the end of the day, it was Macron, and not the de facto EU leader Merkel, who strengthened military presence in the Eastern Mediterranean in order to deter an expansionist Turkey.

Macron has thus mobilised European sentiment against bullies like Turkey and China, which is making the French President the tallest EU leader. On the other hand, Berlin has had a very recent and embarrassing past of leaving EU members at the mercy of threats like China or Turkey. Macron has thus defeated Germany to become the new de facto leader of Europe.

Kicked by the US, then Russia and now France, Pakistan has no one but China for defence imports