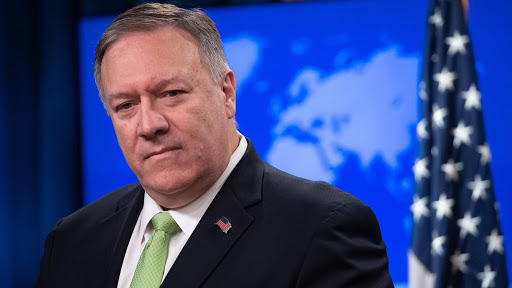 US Secretary of State Mike Pompeo is on an express tour of South Asia ahead of the US Presidential elections where he is setting the ground for Donald Trump’s foreign policy for his second term. China, being the obvious target, Mike Pompeo is now pulling the strings in the Association of Southeast Asian Nations (ASEAN) to counterbalance Beijing’s influence in the region from an economic standpoint.

The State Secretary hailed Indonesia’s “courageous leadership” within ASEAN and at the United Nations for rejecting “unlawful claims” made by the Chinese Communist Party in the South China Sea.

“I’m looking forward to cooperating together in the new ways to ensure maritime security and protect some of the world’s busiest trade routes,” Pompeo told a news conference after the meeting.

Just finished a constructive meeting with Indonesian Foreign Minister Retno Marsudi in Jakarta. @menlu_ri is a strong advocate for upholding international law in the Indo-Pacific. I look forward to strengthening the U.S.-Indonesia Strategic Partnership. pic.twitter.com/oMzaIPwF8N

Reported by TFI, during the annual conference with the ASEAN in September, the Secretary of State had asked his counterparts to go beyond words and act against China’s bullying in the disputed South China Sea, promising America will back them up.

So far, the ASEAN countries have been the biggest beneficiaries of the exit of companies from China as the majority of such companies are setting their manufacturing units in these countries. Vietnam got the largest share of the pie, followed by Thailand, Cambodia, and Myanmar.

However, ASEAN is also the biggest trade partner of China and while the Quad goes out on its limb to protect the maritime rights of these small nations, a similar response hasn’t been meted by the group despite China encroaching upon their borders.

Beijing’s belligerence in the South China Sea has been well documented where it claims to have territory over the entirety of the region. It conducts illegal military exercises, builds artificial islands, attacks the sovereign boundaries, and sends its PLA-Navy masquerading as fishing boats to encroach new shores.

QUAD to use the military route, ASEAN to take the economic route

If ASEAN wants to free itself from the clutches of China then it will have to move beyond and join hands with the likes of Mike Pompeo which could open the markets of QUAD and the new world order.

The strategy of Pompeo is quite clear—he wants the QUAD to do the heavy work by choking China militarily while cutting down China’s economic ties with ASEAN simultaneously.

The recent signing of the Basic Exchange and Cooperation Agreement (BECA) between India and the US was a prime example of the QUAD strengthening itself. The inking of BECA, when looked in the backdrop of the relations among the QUAD member countries, becomes all the more significant.

After the signing of BECA, all three of the four members of the QUAD have become military allies of the USA and if anyone was not sure of QUAD being institutionalized, then this should clear all doubts.

If the blitzkrieg five-nation visit of Mike Pompeo is any indication, China could be in for some torrid times in the future as the US ramps up its efforts to build a united front. And if ASEAN concedes to Pompeo’s two-prong approach, then the QUAD and its ambitions of decimating the communist state in the region might get a major fillip.

China is using Operation Fox Hunt to hunt its own people abroad, and US is cracking down on it