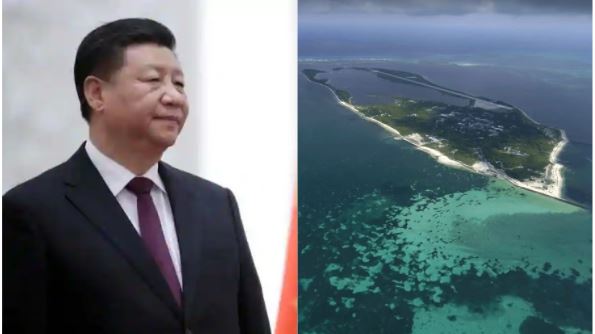 The USA’s sale of lethal weapons to Taiwan in a series of multi-billion dollar deals has made any prospect of China’s invasion of Taiwan a highly costly venture. So much so, that China now seems to be no longer contemplating attacking the main island.

As per a news report, Beijing is now planning to take over the Dongsha Island amidst the US Presidential elections. The islands are part of Taiwan scattered in the Taiwan strait and at the periphery of the South China Sea. China is turning into a real paper dragon under Xi Jinping. If anyone had doubts, then the mere fact that Beijing is trying to get the moral victory by gaining control of a small island under Taiwanese control in itself is a new low for China.

Charles W. “Chas” Freeman Jr., a retired diplomat who served in Taiwan and China in an interview to Spy Talk warned that Beijing may attempt to capture the Dongsha Islands. He based the argument on several warning signs which are similar to those before past Chinese military actions.

He referred to the “Letters to Taiwan’s Intelligence Organs” which were published on 15th October in Global Times, Chinese state-run media. The letter urged Taiwanese spies not to support President Tsai Ing-wen’s resistance to unification with China. It included words like, “Don’t say that we didn’t warn you,” which according to Global Times was originally used by the Qing Dynasty. Freeman mentioned that it has become a key phrase used by China’s state-run media as the most severe warning previously issued before the start of military operations.

Although the warnings are to be taken seriously, one should really be disappointed in the stark contrast between the Chinese intimidation and capacities. All this year, Beijing has been intimidating Taipei with continued aerial sorties and naval incursions in Taiwanese claimed Exclusive Economic Zones. But, now its plan to utilize the US Presidential elections to gain control of a Taiwan administered island far away from the main island of Taiwan is in itself laughable.

The ex-diplomat explained that China is doing this to weaken the morale of the people of Taiwan so that Taipei stops dreaming of a sovereign and independent Taiwan. However, if one looks at the bare fact, then China has shifted its aim from invading Taiwan to now attacking Dongsha Island which is barely 540 acres including a lagoon which covers 160 acres out of the total.

The Chinese may want us to believe that it is a tactic to weaken Taiwanese moral, but in reality, it is a way by which China wants to retreat without getting shamed. The supposed attack on the island is to declare a symbolic victory as Beijing has clearly taken on more than it can chew. Xi Jinping is facing heightened opposition to his rule. The Chinese adventures in the Himalayas are being undone by the Indian armed forces and now they are faced with the only option of retreating backwards.

Thus, it has become all the more important for Xi Jinping to have something to claim a victory, or he is sure to lose his power and position in the Chinese Communist Party.

This is not it, we in TFI have mentioned earlier that China’s internal economic situation is in tatters and the longer it stretches confrontations with its neighbours like India and Taiwan, the more disadvantageous situation it will be on.

Read more: Hungry and poor Chinese have been flocking to Vietnam and now China is building a wall to save itself the embarrassment

All the military bravado and continuous military manoeuvring have now become useless and these claims of China’s plan for the invasion of Dongsha islands is counter-productive. Instead of clearing doubts at home, it will create further problems for Xi Jinping. Firstly, it will make sure that all the sceptical countries will now resolutely stand in the anti-China corner and secondly, it will showcase the limitations of Chinese military actions, making everyone convinced of the ineptness of Beijing.

The recent purchases of lethal military equipment from the USA makes Taiwan capable of inflicting great damage on China in case it tries to take control of the Dongsha Islands. And it will be foolish to think that just because of the Presidential elections, the Indo-Pacific fleet of the USA is not capable enough to shatter all the plans of Chinese adventures.

Given the support structure for Taiwan and its increasing military capability, China may not even take control of the mere 540 acres of Dongsha Islands. And the mere fact that China has given up on taking over Taipei and is contemplating an invasion of a micro-Taiwan far off the coast of Taiwan means that China is eager yet incapable of posing any serious threat in face of a united Indo-Pacific.

The home of the holiest places of Islam is supporting France. The fresh converts are supporting terrorists