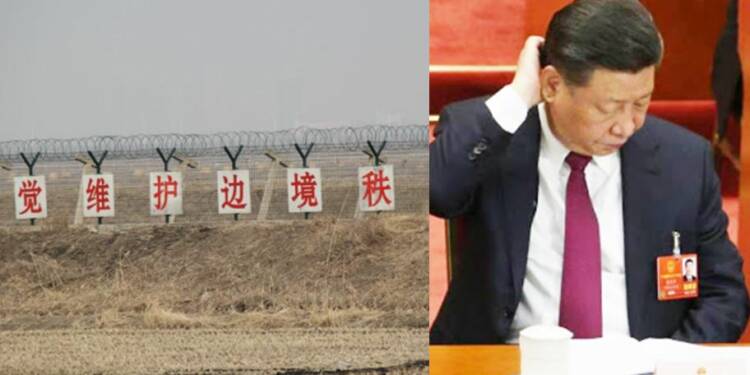 The latest news from Vietnam has laid bare the reality of China’s tackling of the COVID-19 pandemic. The migration of people from China to Vietnam shows that the country is not able to feed its own at a time when it is going through a grain crisis. As per the reports, the Vietnamese authorities are cracking down on the growing number of illegal migrants crossing over from China through the border and into Vietnamese territory. Illegal migration has happened earlier, but, the same situation in the time of pandemic gives a reality check to the tall claims of defeating the COVID-19 virus from Beijing. This is a major embarrassment for a country that claims to be the middle kingdom and a rising global power.

As per the Radio Free Asia report, the police in the border areas of Lang Son in Northern Vietnam has arrested 20 foreign nationals (Chinese citizens) and three Vietnamese drivers on the suspicion of smuggling. This region borders the Chinese Guangxi Zhuang Autonomous Region and from the looks of it, the Chinese population from these regions is illegally moving into Vietnam.

Taiwanese businessman Kuo Hai-kuang, based in Binh Duong province, said that there has been an increase in the number of Chinese migrants coming into Vietnam seeking work. He said that they mostly come from Guangxi and sometimes even from Yunnan province.

The geography of the bordering areas of China and Vietnam is so difficult that Hanoi can’t build sufficient infrastructure to stop this from happening. Most of them make use of minor roads and paths to make it into Vietnam. However, Kuo also mentioned that the Vietnamese police do not tolerate it and after investigation send them back to where they came from.

These incidents have been taking place but the news has resurfaced because China seems to be building a wall to stop the people from migrating down to Vietnam illegally. The wall should be named ‘the wall of shame’ for it is the real reason why China is building it in the first place. How can a country portray itself as the emerging global power when it cannot even feed its own citizens?

A Beijing resident Sun Yuchen said that these reverse migrations are food for thought for those living under the Communist Party of China’s general secretary Xi Jinping. It is obvious evidence that the Chinese economy is not doing well, and the picture is far uglier than what the regime in Beijing would want us to believe.

Some video evidence has come which is corroborating with the fact that Chinese are indeed building a wall. One Guangxi citizen told RFA jokingly that the wall is to prevent Chinese citizens from going astray and suffering from all that freedom and democracy.

Chinese social media users are saying that while the USA is building walls to let illegal migrants from entering the country, China is building the wall to stop its own citizen from going into another country. This may very well be considered China’s Berlin Wall moment.

Just like the Soviet Union built the wall in Berlin for stopping the flow of people out of the Soviet-controlled region into the capitalist part of Berlin. This showcases the same inherent insecurities in Communist China as were visible in the Soviet Union.

China is scared that its image of being a “Dragon” would be shattered and the whole world will understand that it is really a paper Dragon and on the other hand the migration will bust the balloon of tall claims of defeating the coronavirus.

In August too, when floods in China were at their peak, dozens of Chinese migrants who crossed over in search of livelihood were detained by Vietnamese authorities. Chinese nationals are seeing Vietnam as the perfect destination to seek employment and livelihood, because, Vietnam has emerged as the biggest manufacturing behemoth after China’s downfall. Last year, it was reported by the Nomura Group that out of the 56 companies which shifted their production out of China, 26 relocated to Vietnam.

As the poor and hungry people are moving out of China in search of work and enough food to feed themselves China is busy building a wall instead of dealing with the problem at hand. It neither wants to accept that the pandemic is wreaking havoc in the country nor it wants to own up to the problems at the border. It is acting true to a communist regime by giving precedence to the country’s image rather than the individual citizens of China.

Turkey tried to save its economy by instigating Saudis against France, but it boomeranged gloriously