He had become an embarrassment for the Labour Party 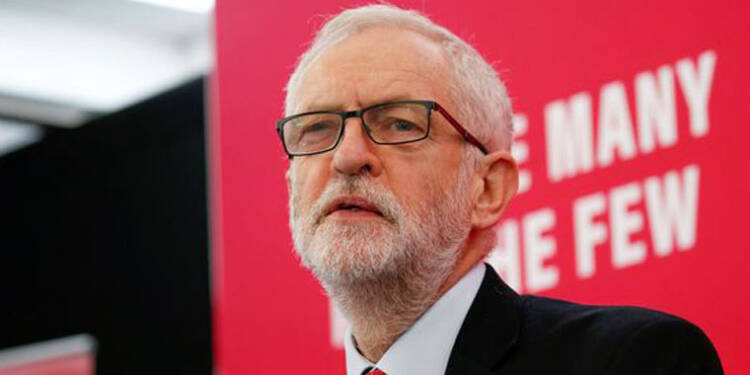 After the discriminatory behaviour by Labour Party against its Jewish members was verified by a government-authorized report, the party has finally decided to sack its former stalwart leader Jeremy Corbyn. Labour Party under the new leadership of Keir Starmer apologized to the British Jewish community and said that the revelations of reports brought a ‘Day of Shame’ for every member of the party.

The Labour Party which boasts of its traditional values of equality and racial justice could no longer allow a culture of antisemitism to nurture among its ranks, as happened under Corbyn. Once being held as the contender to the post of British Prime Minister, Corbyn had long become a dead weight and source of embarrassment for the party. Under Corbyn’s leadership, elements who spread hatred against the whole Jewish community were protected and sometimes encouraged. Even after the commission report presented circumstantial pieces of evidence that proved his direct role in harboring anti-Semitic elements in the party, Corbyn in all his arrogant might called the anti-Semitic culture within the party as being blown out of proportion by the opponents.

The report headed by the government watchdog- Equality and Human Rights Commission has listed instances where Corbyn’s group in the party refused to acknowledge the complaints that were put forward by the Jewish members of the party. These members complained of the behavior of his office in addressing antisemitism complaints. According to the commission, the Labour Party under the leadership of Corbyn breached the 2010 Equality Act of Britain on three separate occasions. The commission also found instances when the party even accepted the Anti-Semitic elements in its fold and interfered directly in the processing of complaints by the Jewish members.

A former Jewish MP Luciana Berger who along with many Jewish members went ahead to quit the party stated that under Corbyn’s leadership the party promoted a culture of bullying, bigotry, and intimidation against the Jewish members. She went on to highlight that Corbyn’s supporters even threatened her with acid attack, stabbing, and rape.

Jeremy Corbyn has been regarded worldwide as a socialist leader who actively supports the Palestinian cause. But his leadership within the party was questionable, he rose to the party’s upper echelons only through his good fortune and not merit. His predecessor Ed Miliband introduced an ill-judged reform which led to a wave of change in the party.

He could never gain the confidence of his fellow party members, in 2016 more than 80 percent of his party members passed a motion of no confidence in him. He led the Labour Party to a miserable defeat in the 2019 elections that paved way for Boris Johnson to Prime Ministership.

Before he ascends to the top of the Labour Party in 2015, Jeremy Corbyn referred to the radical Islamist terror organizations Hamas and Hezbollah as ‘friends’. He also laid a wreath to the grave of a Palestinian terrorist responsible for the massacre of Israelis at the 1972 Munich Olympics. In his ‘liberal’ journey that was filled with bigotry, American Left-wingers always was at his support. His attitude has always been lauded by the Islamist fundamentalists. His association with the Islamist groups like the CAGE was unearthed a few years back. The CAGE group has long supported Jihadist causes and its leader called the ISIS poster boy Jihadi John a ‘beautiful young man’. Corbyn was also the chair of the Stop the War coalition which has had Islamist connections. The worst came when he described the death of Osama bin Laden as a ‘tragedy’. He has long been a supporter of false Pakistani claims on the Indian territory of Jammu and Kashmir. He propelled an anti-India resolution regarding the status of the Indian territory of Jammu and Kashmir last year, which faced a backlash from inside the party along with the Indian diaspora in Britain. Later the party distanced itself from Corbyn’s anti-India stance in entirety.