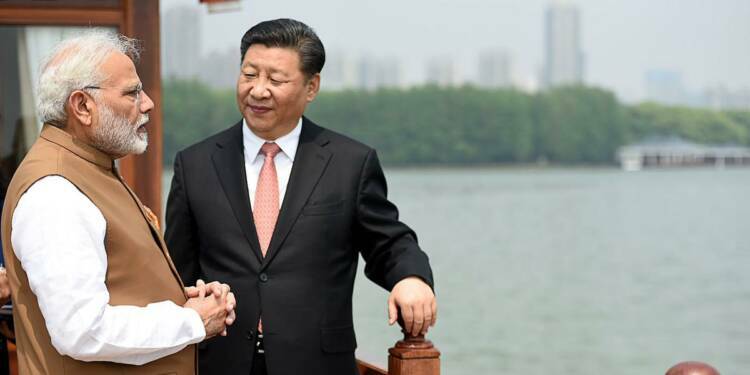 China, unlike the rest of the world, is on a buying spree. Recently on the 27th of October, the top organisation for oilseed crushers, Solvent Extraction Association of India (SEAI) alarmed about the sudden enquiry of China regarding the import of castor seed from India. Although China is India’s largest buyer of castor oil, SEAI President Atul Chaturvedi has shown the organisation’s concern by urging Commerce Ministry to control Castor Oil exports.

The pandemic is wreaking havoc, military escalations are going on between the two countries, and India has been taking strong economic actions against China. Despite all this, the Indian export to China of Castor oil, Iron ore and steel are soaring high.

India’s increasing exports to China and Beijing’s enquire about the import of castor oil has raised many eyebrows in New Delhi. Many are saying that China is looking to stockpile raw material and priority commodities as it is planning to do something big and India should be worried about it, however, it is not an anomaly but a pattern. Thus, it must be China’s attempt to placate India at a time when New Delhi is taking tough economic actions and thwarting Beijing’s plans in the Himalayas.

India has been taking strict economic actions against China, be it the banning of Chinese apps, containing Chinese FDI (Foreign Direct Investment) in India or removing Chinese companies from government infrastructure projects among others. However, it seems that China, instead of retaliating against India economically, it is placating India by increasing its imports from India.

China has imported 20 million tonnes (mt) iron ore from India between January and June this year. It has been the highest since India exported 27.8 mt of iron ore in 2012. This increase in exports of iron ore from India has benefited from the deteriorating China-Australia relations. China for a long time had been the biggest destination of Australian iron ore exports, but these exports are dropping in the second half of 2020. Global Times, Communist Party of China mouthpiece, mentioned that the exports of Canberra’s iron ore exports to China declined 17% in July and its coal exports dropped 42% during the same period. The decrease in Chinese import of Australian iron ore is happening at the same time when China is importing more and more iron ore from India.

It is not the case just with Iron ore and Castor oil, but with steel too. JSW Steel in a press release said that while India’s production and consumption dropped in the first half of this fiscal year by four per cent and ten per cent respectively, its exports increased by 70%.

The Chinese are trying to increase economic interdependency with India or else why would they have acted differently with India and Australia at a time when both the countries are taking economic and political actions against Beijing. The answer is pretty simple China cannot afford to take on India at a time when PM Modi has forged deep relations with the concert of democracies in the Indo-Pacific. Thus, China wants to bring back the Wuhan Spirit and is signalling India that the two countries need not overshadow its economic relations with the border dispute.

India had for long believed that both India and China can rise together and this is why PM Modi started the annual meetings with his Chinese counterpart Xi Jinping. India believed that by increasing trade relations, India and China could in future amicably solve the border dispute. But, as the trade deficit kept rising in China’s favour India became vary of the viability of the ideas it held. And the tipping point was the Galwan Clash, since then India went all out against China. As New Delhi took an unprecedented turn, Beijing was caught by surprise.

The increased imports are most likely China’s attempt to placate India after it was humbled by India in both war and political front. Beijing is deliberately decreasing the trade deficit so that India can become more approachable and some sort of agreement can be reached. But, from the looks of it, New Delhi is no longer any mood to entertain these attempts by Beijing.