Trudeau has let the world down yet again 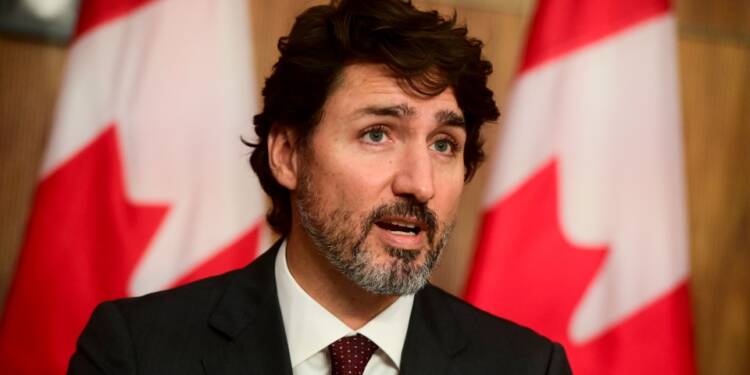 Canadian Prime Minister Justin Trudeau on Friday redefined freedom of speech, and it must make Islamist extremists really happy. While the Canadian Parliament condemned the terrorist attacks in France on Thursday, a day later, Prime Minister Trudeau came up with a statement and said that free speech is “not without limits”. In the name of standing up with the victims of fundamentalist terrorist attacks in France, he has knowingly or unknowingly stood with the perpetrators of those crimes.

French President Emmanuel Macron has time and again reiterated that he would not compromise with French enlightenment values in the face of any extremist adversity. He has now given an interview to Al Jazeera, where he has lucidly explained his stance. Macron said, “The extremists teach that France should not be respected. They teach that women are not equal to men, and that little girl should not have the same rights as little boys. I tell you very clearly: Not in our country.”

On the other hand, Canadian Prime Minister Justin Trudeau has shamed the very principles of ‘Liberty’ & ‘Secularism’ by distancing himself from Emmanuel Macron’s statements for the same. While both Macron and Trudeau showed promise as young liberal world leaders, it is obvious that Macron has emerged as a true leader and Trudeau is just another politician.

Justin Trudeau, in response to the questions on Charlie Hebdo’s cartoons, said, “But freedom of expression is not without limits.” He added, “We do not have the right, for example, to shout fire in a movie theatre crowded with people, there are always limits.”

At a time when French President Emmanuel Macron has been standing like a rock for safeguarding the enlightenment principles of Liberty, Equality and Secularism, the fact that Justin Trudeau has chickened out from supporting the western ethos speaks volumes about his credentials.

Justin Trudeau has proven a point, that is, if you can speak French, that does not mean that you understand the French values and culture. The Canadians under Trudeau have been subject to extreme Political Correctness. Earlier it was the Bill C-16 which in the name of gender rights, legislate what can be said and what is not allowed and then, the statement where he said that it is not mankind anymore but people kind.

Freedom of Expression has limitations? Liberty with Canadian characteristics?
https://t.co/oUJTx5pJWM

Other than stifling free speech in Canada, he has also opened the floodgates for illegal immigrants in Canada where many people from the Middle East and Northern Africa come with no credible checks and balances. It makes Canada a destination of refugees and terrorists alike.

His whole political career is filled with appeasing and pandering to the post-modernists, ultra-leftists and Islamists. The scary bit is that he does not seem to care even if it comes at the cost of Canada’s future generations. While France is fighting extremism and is getting the support of Arab countries, be it Saudi Arabia or UAE, Canada under Justine Trudeau is giving a free hand to extremists and Islamists to create parallel societies. And it will be no surprise if in future these fundamentalists start demanding Sharia Law.

Sheikh Mohamed expressed his condemnation of the recent terrorist attacks in France. He offered his condolences to the French President for the victims and their families and wished a speedy recovery for the injured.

Earlier this year, there were some signs that Justin Trudeau was maturing as a politician and has woken up from his dream of a utopian world. The Canadian government took a tough stance against Turkey and warned that if the investigations establish that Canadian tech was being used in the Azerbaijan-Armenia conflict, then it will halt export permits to Ankara.

Read more: Justin Trudeau is a changed man after a shameful defeat at UNSC. His latest actions against China and Turkey prove that.

The Trudeau government also stood against the Chinese Communist Party when Canada arrested Meng Wanzhou who is the daughter of Huawei founder Ren Zhengfei in December 2018 on an extradition request from the USA. And Justin Trudeau also tried to mend ties with India as Canada officially shunned to appease Khalistani separatists. In this regard, the Canadian Foreign Ministry had stated to Hindustan Times, “Canada respects the sovereignty, unity and territorial integrity of India, and the Government of Canada will not recognize the referendum.”

Read more: From disastrous India tour to wise stance on China and Khalistan, Justin Trudeau has come a long way.

All these actions had charmed the world to think that Justin Trudeau is now taking correct stands in foreign policy, and he has learnt from his previous mistakes. But, with his latest comments and condemnation of terrorism with conditionalities, he has proven that he has been acting like a regular politician focusing on his voter base and not as a world leader.

The brunt of Trudeau’s actions will have to be faced by the future generations of Canada. While the French President is acting in consideration of the future generations, Justin Trudeau is going to extreme lengths to appease those who want the worst for his country. When people look back at these two leaders in the future, Emmanuel Macron will stand as the true world leader and a real classical liberal. Whereas, Justin Trudeau will become an example of selfishness, immaturity and ineptness.

If the Nagorno-Karabakh conflict spreads to Armenian Border, Russia will take necessary steps