It won't be an easy ride for Biden 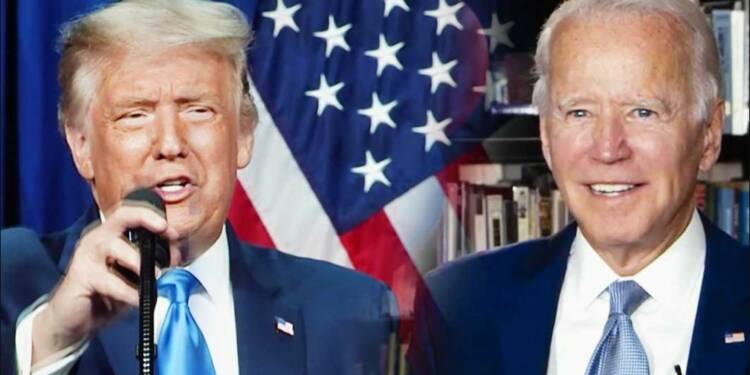 It’s the eve of the highly-anticipated US Presidential elections and all the left-leaning publications of the West, who so far had dubbed the Democrat nominee Joe Biden as the prince that was promised, are having cold feet about their own estimates. The overt enthusiasm of proclaiming that Biden will be in the White House by Christmas is often preceded by a big customary ‘What if?’ What if there’s a repeat of 2016? This fear has made such publications to reel back their inflated election estimates and one cannot help but wonder if there is something that these publications are deliberately trying to hide.

Four years ago, on the election day, The New York Times had published a meticulous, data-driven report with the headline “After all Hillary Clinton has an 85% chance to win” and today that report is in the Hall of Fame club of “How not to predict any US election”.

Trump might have gone into the first debate rather complacently but his subsequent election campaign and the second debate where he tore into Joe Biden’s brittle campaign might just have given him the fillip that is reminiscent of his 2016 election campaign. The Telegraph, in one of its editorials, has warned that according to state-level data, Biden’s victory is by no means guaranteed.

The USA has a different poll-structure which decides how a President is elected. The popular votes do not always mean an outright victory and even if Biden is leading in the former, there is no damning evidence that he anywhere near the 270 electoral mark. Hilary won 65.8 million popular votes in 2016, whereas Trump won 63 million. But what played in the President’s favour was the fact that his vote share was better distributed among the states than Clinton’s, enabling him to win the Electoral College and the presidency.

The margin thinning between Biden and Trump

However, Biden’s lead over President Trump has now narrowed slightly to 8 points from a 10-point lead in early October, according to a Fox News national survey of likely voters. Even this survey might have an error percentage of 3-4 per cent. And for Trump, this is his foot in the door moment. If he could come back from 85-15 prediction 4 years ago, then a 52-44 prediction seems like an easier prospect to overcome.

Reported by TFI earlier, Biden has dented his prospects in some of the swing states due to his suicidal policy paper, published in close co-operation with socialist and former democrat nominee Bernie Sanders.

Swing states and the mathematics

Biden’s super-ambitious $2 trillion four year plan to eliminate all greenhouse gas emissions from the US electricity grid is expected to cause a massive job loss. Swing states like Ohio and Michigan have a combined total of more than 400,000 workers in the shale industry. And according to some poll estimates, among Ohio’s likely voters, 48 per cent of respondents said they preferred Trump, while 45 per cent opted for Biden.

Pennsylvania has another 320,000 workers whereas Colorado and Florida each have more than 200,000 workers in oil and gas and they all are set to lose their jobs due to Biden. However, the poll pundits are giving Biden an advantage in these particular states but with a statutory warning, that possibility of some last-minute electoral-reversal mustn’t be ruled out.

According to the Telegraph, there are over 120 electoral votes that are locked up in 7 swing states where Biden or Trump leads by less than 2 per cent.

In Florida – a cornerstone of the swing states which has long been central to electoral success – Trump has an advantage with older voters if he manages to retain his base from 2016. It has 4.4 percentage points more eligible voters aged 65 and above than the national average, according to data from the US Census Bureau.

The ethnic make-up of Wisconsin and Arizona – both states flipped from the Democrats in 2016 – also plays into Trump’s hands. Wisconsin has 13.2 percentage points more white residents than the national average and 6.4 fewer black residents. In Arizona, there are 8.1 percentage points fewer black residents than the United States as a whole, and 6.3 per cent more white.

The fact that most early voters are Democrats could also have had a decisive say in the current poll estimates. Most Trump voters and Republican supporters are likely to take the ground on the polling day and so far the pollsters have not accounted for this situation.

Also, the Democrats have decided to restrict their “ground campaign” due to the coronavirus. But the Republicans have chosen to be less constrained and the huge turnouts in Trump’s rallies could be a sign of another Trump comeback.

A report published in India Today had stated that the Indian-American vote had shifted by 12 per cent for President Donald Trump compared to 2016 and was confirmed by a survey released by Prof. Karthick Ramakrishnan, who has tracked Asian-American voters over time.

An estimated 2.5 million Indians-Americans are eligible to vote in this year’s election, out of which 1.3 million of them belong to the battleground states like Ohio, Pennsylvania, Michigan, and Florida. In such states, the victory margins for either party will be needle-thin, and as such, the Indian community will act as a kingmaker. It is, therefore, in the 2020 Presidential elections, crucial for both the parties to try and win over Indian-Americans to secure their seats in the White House.

China is Trump’s major poll plank and it is the common thread that binds most Asian-Americans together. The collective animosity of countries like India, Japan, Vietnam, and the Philippines is another untapped, silent vote bank for Trump, which he is all set to cash on.

The upshot is that the Democrats do not seem to have built up the sort of lead — in turnout or in vote share — to make them confident of withstanding the larger number of Trump voters turning out on November 3rd. Contrary to what the left would want you to believe, the contest is much more close, and closer the competition gets, there is more chance that the red of Republicans might unfurl in the Oval Office again.

China has a bad case of indigestion as European Union gets closer to India, snubs Xi Jinping