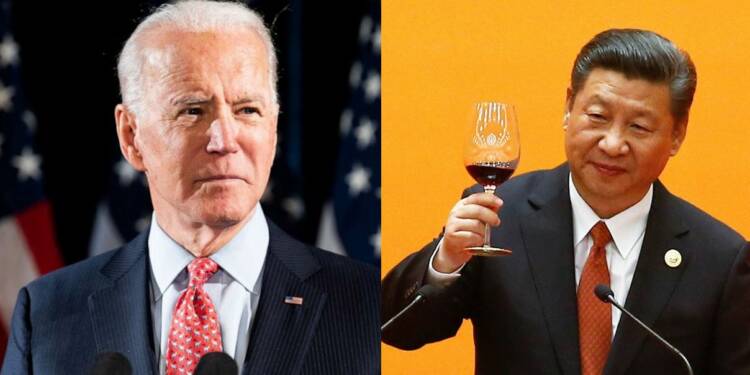 While the American Presidential poll results have still not been formally declared, Democratic Presidential nominee Joe Biden does seem to be moving more quickly towards the White House than the incumbent US President Donald Trump. From an international perspective, the poll results will become very important given the ongoing US-China rivalry. Now, with results around the corner, one ought to analyse what would happen if Joe Biden actually becomes the US President.

At the outset, it needs to be kept in mind that no matter who comes at the helm of affairs in the White House, China and the US will remain arch-foes. However, Biden can be expected to go soft on China over several issues while also bringing in the anachronistic worldview of US-Russia animosity that was otherwise getting buried while Trump was in power. From Biden’s election campaign and his general political disposition, one can expect the Democratic leader to pursue the following combination of China policy on a broad range of issues in Sino-American relationship.

This should be a no-brainer. Throughout his election campaign, Joe Biden, the former US Vice-President, frowned upon Trump’s tariff wars against the People’s Republic of China. He virtually promised to end the tariff war, if elected to power. Speaking about Trump’s tariff wars against China, Biden said, “Manufacturing has gone into a recession. Agriculture lost billions of dollars that taxpayers had to pay.”

So, Biden’s tariff policy towards China seems rather simple. He doesn’t see any benefit in continuing with tariff wars against China, and if elected to power, it wouldn’t be surprising if Biden actually removes tariffs that have been ravaging China’s economy. And Biden’s argument behind the removal of such tariffs would in all certainty be the idea of a need to do business with China for fuelling American growth.

The Indo-Pacific will always be critical to any US President given the changing world order. And the South China Sea’s centrality too would remain something hard to ignore for the White House. However, the Trump administration had actually taken American military presence in the South China Sea to an entirely new level.

The US was becoming more and more assertive against China on issues concerning Taiwan and the border standoff with India, something that might no longer be true if Biden comes to power. Biden will also want to keep the US forces stationed in the region, but the sheer intent to confront the paper Dragon that the Trump administration was showing may get watered down with Biden.

Within the White House, Joe Biden is likely to continue considering China a major threat just like his predecessor. And while considering China as a threat, Biden is unlikely to ignore the Chinese telecom giant Huawei, which has been targeted relentlessly by the Trump administration over 5G security concerns.

But again Biden wants to underscore the need of having to do business with and to engage China. So, while Huawei might no longer become acceptable in the US even if Biden comes to power, he is likely to relax the semiconductor restrictions that Trump was imposing on Huawei and literally handicapping the Chinese telecom giant.

For Trump, China was a real enemy. With him at the helm of affairs, the US had to take some unprecedented measures including imposing visa bans on Chinese Communist Party (CCP) members, cracking down on Chinese student spies stealing American Intellectual Property (IP), closing the Chinese Consulate in Houston, designating China’s State media as operatives of the Communist State of China and also targeting Confucius Institutes.

But Biden doesn’t really consider China an enemy and considers Russia as the bigger and more immediate threat. So, punitive measures against China will come down considerably if Biden comes to power. And a Biden administration might even take steps like reopening the Houston Consulate or diluting the crackdown on Chinese student spies. With Biden, there will be an urge in the American administration to keep interacting with China and returning to the status quo, as it was four years ago.

Therefore, even if Biden comes to power, China and the US will not become friends all over again. The US policy on China has already reached the point of no return. But a Biden administration will never be as hawkish towards China as the Trump administration and there will be key changes across all issues in the US-China relationship.