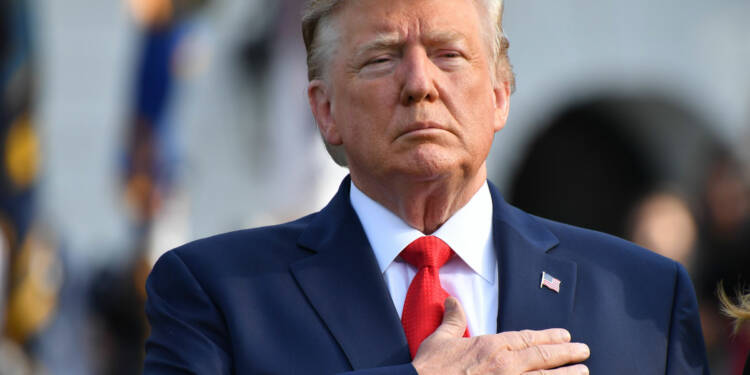 The US Presidential polls may have sprung a surprise with the Democratic Presidential nominee heading towards a likely victory. But for the rest of the world, it seems that a Biden victory won’t make much of a difference as Trump ‘s exploits will outlast him

Biden may be a completely different personality as compared to Trump, but the latter has manoeuvred global politics throughout his Presidential term in such a way that new rules in American foreign policy and international affairs have been established. And the world will not let Biden depart significantly from these rules, even if he really wants to.

Whether it is the Middle East or the Indo-Pacific, the US foreign policy under Trump was such that American leadership came to be accepted. If and when Biden comes at the helm of affairs in the White House, he will have to ensure that he doesn’t disappoint American allies that have already accepted US leadership on key issues.

Take, for example, West Asia. Biden’s own perceptions are such that he tends to be pro-Palestine and would have naturally wanted to rake up the Palestine issue. But Trump is leaving behind a changed West Asia for Biden in which the Arab world, including the UAE, has voluntarily accepted American leadership and acknowledged Israel’s existence. Palestine has become irrelevant due to rapprochement between Arabs and Israel, and Biden cannot change this even if he really wants to.

Biden, even if he doesn’t want, will have to keep playing the role of an American President who oversees the normalisation of ties between Israel and the Arab world. As such, rapprochement between the Arabs and Israel, which was the brainchild of Donald Trump himself, will continue to live even if Trump gets ousted from power.

Similarly, when Turkey is recognised as the real belligerent in the region by other stakeholders like France, Arabs, Israel, Greece and to some extend even India, then Biden cannot simply enjoy the luxury of backing the Turkish lobby even if support to the kind of radical Islam that Turkish President Reccep Tayyip Erdoğan professes finds active support from the Democrats in the United States of America.

In the Indo-Pacific also, Joe Biden will not enjoy a lot of room as far as foreign policy formulation is concerned. Biden, of course, doesn’t hate China as badly as Donald Trump, but again the Trump administration is leaving behind a legacy too solid to be sidelined by any successor.

As for the Indo-Pacific, American leadership has come to be accepted both in the Association of Southeast Asian Nations (ASEAN) and the QUAD- an informal coalition comprising India, the US, Japan and Australia to check China’s growing influence.

Now, Biden might not be as willing as Donald Trump to antagonise China, but then countries like Vietnam, Taiwan and the Philippines have accepted American leadership only because Trump showed the ability to stand up to Chinese aggression in the South China Sea. Clearly, these countries expect the US to stand up to Chinese bullying, no matter who sits in the White House. If elected, Biden will soon realise the compulsions of keeping allies like Vietnam and the Philippines in good humour.

And finally, as for QUAD- the most promising future alliance of which the US is a part will make demands of Biden. Trump is going to leave behind a strong QUAD, which is going to be crucial for American interests in the Indo-Pacific region. Biden will have to show some intent to lead the QUAD, otherwise India, Japan and Australia will be ready with a trilateral mechanism to take matters in their own hands and keep China in check.

Biden will actually not have the option of killing the initiatives like QUAD taken or promoted by Trump, because if any such significant initiative falls apart, then Washington’s own standing and influence will go down and no American President would be willing to take the blame for receding American influence.

Biden definitely wants the US foreign policy to change, but it seems that on most contentious and significant matters, he will have to ensure consistency with Donald Trump’s foreign policy. Trump was able to reformulate global politics in a drastic manner and it seems that his foreign policy legacy will outlast him, binding even Joe Biden, if and when he comes to power.