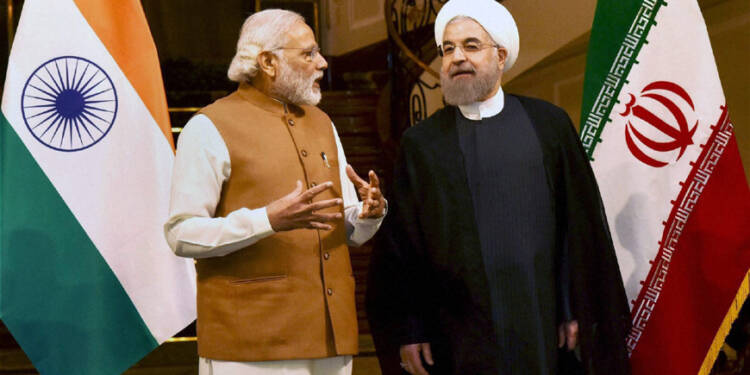 With the US elections coming to a dramatic end and a likely change of regime in the White House, global politics is also showing the first signs of a drastic change. As for India, there is a very positive development happening as an immediate consequence of the US Presidential poll results. As per The Hindu, Iranian diplomat, Masoud Rezvanian has said that Tehran hopes that India will help facilitate equipment for the key Chabahar-Zahedan railway line project.

Tehran is, therefore, asking for Indian assistance on the project months after starting it without India. Iran is therefore showing the hope of engagement with India all over again, given the change of regime in the White House.

Within Iran, the sudden enthusiasm about engaging India is being caused by optimism about the changes that a Biden administration might bring in Washington’s Iran policy. Trump had proved to be a tough nut to crack for Iran, as he had withdrawn from the Iran Nuclear deal process and had imposed severe sanctions on Iran.

American sanctions have been painful for Tehran. Under its CAATSA law (Countering American Adversaries Through Sanctions Act), the US has threatened to impose sanctions on nations that engaged with American adversaries including Iran.

For New Delhi, Trump’s ‘maximum pressure policy’ against Iran did create a strategic challenge. Iran has been India’s friend in the strategically located Indian Ocean Region (IOR) and before American sanctions came into force, India also used to be the second-largest importer of Iranian oil next only to China. Initially, India even tried to resist Trump administration’s pressure on Iran front but gradually it became a practical consideration for India to focus more on strengthening its relationship with the US.

Iran was hurt by the American ‘maximum pressure policy’ because it affected the Indo-Iranian ties in a very adverse way. However, Tehran now hopes that Biden administration will ease sanctions on Iran giving some leeway for India to engage with Tehran all over again and help Iran revive its sanctions-ravaged economy.

In a televised address, Iranian President Hassan Rouhani said, “We hope the three-year experience will be a lesson for America’s next administration to abide by laws and regulations and return to its commitments.” He added, “Our people have faced economic terrorism for the past three years and shown unparalleled resistance and patience.”

It is in this context that Tehran is pushing India for cooperation in the Chabahar-Zahedan rail line project that will connect the strategically located Chabahar port to the Afghan border. As per a senior Iranian diplomat, Iran’s Port and Maritime Organisation (PMO) has requested cranes, tracks, switches and signalling equipment, as well as locomotives from India for the key rail project.

Iran is also hoping that India will activate a $150 million credit line that was offered during Rouhani’s 2018 visit to Delhi. The Hindu has quoted Iran’s Deputy Chief of Mission Masoud Rezvanian as saying, “We are still hopeful that the pledge for the line of credit India made in 2018 [will] pave the way for future cooperation.”

Ultimately, Iran is expecting that Biden will re-enter the 2015 Joint  Comprehensive Plan of Action (JCPOA), more commonly known as the Iran nuclear deal, and abandon Trump’s ‘maximum pressure policy’. Iran believes that any such move by Biden will help India in working on projects like the Chabahar-Zahedan rail line with a free hand.

As such, Tehran has every reason to celebrate with Biden’s likely accession to power in the US. Iran is, therefore, finding hope in its age-old friend India again, and Tehran is making it known by stepping up engagement on the Chabahar-Zahedan rail line.