Romania says no to Huawei, and that marks the final victory of Donald Trump over Xi Jinping 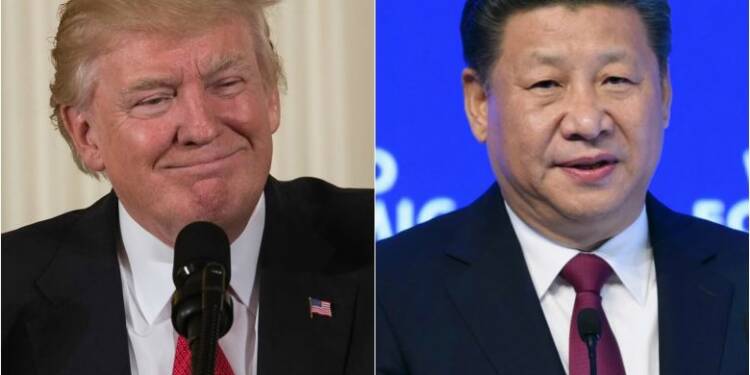 The US President Donald Trump might have lost the Presidential polls, and China could be heaving a sigh of relief but Trump isn’t going to go down before giving the Chinese President Xi Jinping a major diplomatic shock. Trump has reportedly dealt a major setback to China in Romania. China and the US were engaged in a major tug of war for influence in Romania, but now it seems that the US is suddenly cruising ahead of China.

Two major developments have happened in Romania to suggest that the Balkan country is choosing the United States of America over China. Firstly, Romania has said no to partnering with China’s tech giant Huawei on 5G technology and secondly, the US is getting to finance a Nuclear Plant extension in Romania after it kicked China out of the project.

Romanian Prime Minister Ludovic Orban has explicitly said that Chinese tech giant Huawei “does not meet [security] conditions” to be a part of the Balkan country’s 5G networks. Orban said, “With respect to 5G, [China] cannot be our partner.”

It is no coincidence that US Ambassador to Romania Adrian Zuckerman has repeatedly warned about security risks posed by Huawei as a part of the larger American strategy to get its allies to desist from giving China a role in their 5G projects. The US keeps alleging that Huawei equipment could be used by China for spying.

In an opinion piece to Romanian media, Zuckerman said, “Huawei is the wrong choice.” The US Ambassador added, “Chinese communists despise freedom, rule of law, human rights, and the basic truth.” Clearly, Zuckerman’s remarks and the American pressure over Huawei have been able to cajole Romania into ousting the Chinese telecom giant.

Romania’s Prime Minister himself seems to acknowledge the security threat that comes along with Chinese technology. He said, “We’ll choose a company that poses no threat to national security or other areas.”

Even more importantly, it was reported last month that Romania and the US are likely to sign a historic deal allowing the US to get involved in the construction of reactors 3 and 4 at Romania’s Cernavoda nuclear power plant.

The US Embassy website quoted Ambassador Zuckerman as saying, “Minister [of Economy Virgil] Popescu will meet with [US] Department of Energy Secretary [Dan] Brouillette to sign an Inter-governmental Cooperation Agreement for the refurbishment of one nuclear reactor and the building of two new reactors at the Cernavoda nuclear facility.” The American Ambassador added, “This 8-billion dollar project will be a paradigm for future Romanian-American economic and energy development projects.”

The American investment in the extension of a Romanian Nuclear Plant is significant given that China was the one looking to invest in it. Romania had even signed a preliminary agreement with the China General Nuclear Power Corporation (GCNPC) in 2015 for adding two more units to the two reactors at the Cernavoda plant.

But then Romania changed its mind and decided to involve a democratically like the US over China. GCNPC itself has been on Washington’s radar and in April 2016, the US Justice Department even accused the Chinese company of nuclear espionage. Romania rescinded its preliminary agreement with GCNPC in face of American concern about growing Chinese influence in the Balkan country.

Till last year, Romania seemed to be at the crossroads of the US-China power competition. While Romania hosted an American military base and an American anti-ballistic shield, it was also looking up to Huawei and Chinese investment in its Nuclear Plant extension ambitions. But it seems that over the past two months, the US has been able to kick China out of Romania. Bucharest first chose the US over China for investment in the Cernavoda nuclear facility and now it has also rejected Huawei, seemingly due to growing American pressure.

Trump might not get reelected as the US President, but as Romania snubs China, he is clearly giving a final and decisive blow to Xi Jinping.

2 years after CCP’s crackdown on Hong Kong’s autonomy began, it has become a burden on China’s economy