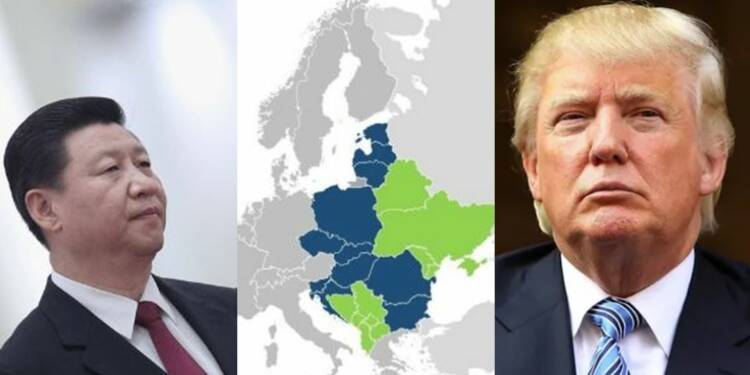 The recently convened Tallinn summit marks great progress in the Three Seas Initiative. The summit hosted by Estonian President Kersti Kaljulaid was attended by Secretary of State Mike Pompeo along with top officials from the USA, Germany and European Union.

The summit focused on the cross-border infrastructure projects in central Europe. An announcement of USD 300 million was made on part of the US government taking its total investment to a whopping USD 1.3 billion.

On the other hand, as Chinese foreign policy and foreign policy initiatives are failing all around, one of the flagship projects of Xi Jinping which intended to increase Chinese clout in Central and Eastern European countries is fast becoming insignificant. And in the context of the promising US investment, the viability of 17+1 initiative becomes grim.

At the time of establishment in 2012, the 17+1 initiative was considered an extension of Chinese Belt & Road Initiative. After existing for almost a decade and listening to tall Chinese promises, the central & eastern European countries feel let down. Till date, only four of the forty proposed projects under the 17+1 initiative have been successfully executed.

Beijing had pledged to provide a USD 17 billion line of credit for the Central & Eastern European countries, however, China’s failure to deliver any significant investment has become a cause of discontent. The leading project of the 17+1 initiative, that is, the Budapest–Belgrade high-speed railway line has still gone nowhere.

Given the implicit cold war situation between the USA and China, many of the Central & Eastern European countries are shifting their focus from economic opportunities with China to potential political & security risks. The most visible examples of it are the disastrous Chinese Foreign Minister’s Europe tour & Czech delegation visiting Taiwan for improving economic ties.

As the 17+1 initiative has become the empty carcass of its old self, the Three Seas Initiative with USD 1.3 billion investment from Washington D.C. has removed any remaining viability of the China-led initiative. And as the world is moving towards a more turbulent post-pandemic future, the Eastern & Central European countries are finding it better to stick with its old allies instead of going with China who has time and again defaulted on its promises.

The countries that are already a part of Three Seas Initiative (3SI) are Poland, Croatia, Austria, Bulgaria, the Czech Republic, Estonia, Hungary, Latvia, Lithuania, Romania, Slovakia and Slovenia. Going ahead, as the Chinese seem interested only in the Balkan region, other countries may join in.

The USA is the most enthusiastic supporter of the 3SI. Mike Pompeo earlier in February had announced that it would provide 1 trillion USD in funding approved by the congress. He said, “galvanise private sector investment in the energy sector to protect freedom and democracy around the world.” It is also suggested that Ukraine even though not an EU member, might join the 3SI.

Some analysts, as well as the media, are saying that it is aimed at containing Russia, but it seems they cannot get out of the Cold War mentality and see the real threat to the multi-polar world order, which is the rise of Communist China. Others are saying that similar to the 17+1 initiative, 3SI too is an attempt to replace the European Union.

However, any person who is not fixated on the idea of European centrality can understand that the real fight is directed against China’s hegemonic ambitions and against the 17+1 initiative, which is an extension of Belt & Road Initiative.

Mike Pompeo made it clear that the USA is focusing on helping shorten the economic divide between eastern and western European countries. He said, the USA supports free market-based efforts “to expand energy, digital, and transportation infrastructure in a way that will improve economic security for generations to come.”

Anyone who had any doubts as to whom the US interest in the region is targeted at must have their doubts cleared by now. Mike Pompeo mentioned the USA supporting free market-based efforts, which are obvious jibes at Communist China.

The USA has caught China by the nerve. As the trust of Eastern & Central European countries was decreasing in China and the 17+1 initiative looked fragile, the US doubled down on the Three Seas Initiative (3SI). The US investments and the promises of investments have far exceeded the Chinese imaginations and Beijing has no choice but to give up its interests in the region.

As the geopolitical race between Washington & Beijing heightens, each and every region will become important. The recent developments in Indo-Pacific & the 3SI paint a picture of China’s decreasing influence in the world.

After Japan’s mass exit from China, EU could be looking to “diversify” its businesses operating in China too