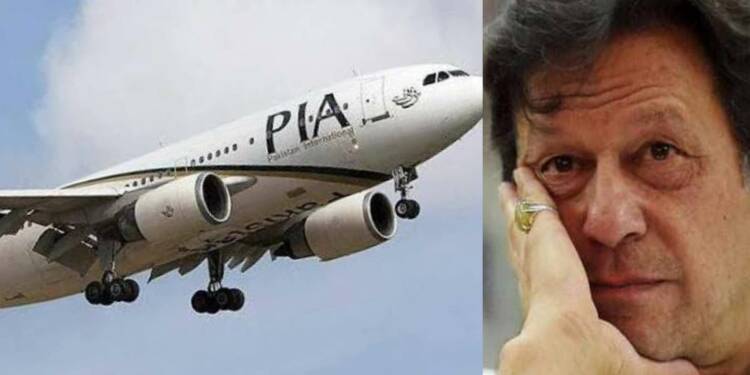 Since the day Imran Khan took over as Prime Minister of Pakistan, the struggling country has been adding incidents to their ‘hall of shame,’ from selling donkeys and lands to China for economic recovery to being isolated on Global Platform over the issue of terrorism and from the massive domestic unrest to losing all their diplomatic moves to India. Even the members of OIC preferred India over Pakistan. Continuing their legacy of being embarrassed on the global platform, now their government-owned airline PIA is on a verge of being banned by the International Civil Aviation Organization (ICAO) over the faulty license issue.

All this started with a statement made by Pakistan Aviation minister Ghulam Sarwar Khan over the crash of Airbus A320 aircraft carrying 91 passengers and a crew of eight, flying from Lahore to Karachi, in a residential area near the Jinnah International Airport in Karachi on May 22, due to overconfidence and lack of concentration. He clarified that nearly 30 % of civilian Pakistani pilots are not capable of operating flights and have a fake license; 260 pilots in Pakistan had paid someone else to take exams on their behalf. They had not only jolted the Pakistani Aviation Industry but also brought them on the radar of Aviation bodies all around the world. Subsequently, the phase of banning the PIA started.

The European Union Air Safety Agency (EASA) banned PIA from withdrawing its “third country operator “authorization, from July 1, 2020, for six months. Banning the PIA EASA reasoned “successive breaches of multiple layers of safety defences in the safety management system”. EASA also added that PIA failed to demonstrate the applicable safety standards. This ban on PIA was also applicable to the UK and led to immediate termination of flights from Birmingham, London Heathrow, and Manchester airports.

It was followed by a ban on PIA by The U.S. Department of Transportation and then by even Malaysia. Although considering the Islamic brotherhood, Civil Aviation Authority of Malaysia (CAAM) chief executive Capt Chester Voo said, “CAAM is currently making all efforts to verify with PCAA on the authenticity of these Pakistani license holders, license holders, who are verified as genuine by PCAA, would be reinstated immediately in a joint process between CAAM and PCAA” yet we know that national interest supersede ideology and we can’t see and complete revocation of the ban by Malaysia, the way we see Pakistani national interest keeps their mouth shit over conditions of Muslims in China.

In addition to existing bans on PIA, now the International Civil Aviation Organization (ICAO) has taken this issue into their hand. ICAO a body of 188 countries in the 12th meeting of its 179th session approved a mechanism for addressing Significant Safety Concerns (SSCs) to its member states. In a letter dated November 3, the ICAO has warned the Pakistan Civil Aviation Authority (PCAA) over safety concerns and failure to meet the international standards regarding the personnel licensing and training.

Looking at all these facts and incidents, it wouldn’t be wrong to say that PIA may soon experience a ban on flying to all the 188 member countries of ICAO. Besides, the timeline of being banned by EASA on July 1 and warned by ICAO on November 3 also signifies that PCAA failed to address the issue. We can clearly say that the 6-month ban on them will not be revoked but will become harsher and more countries will ban the PIA. The embarrassing days of Pakistan and Niyazi are not yet over.