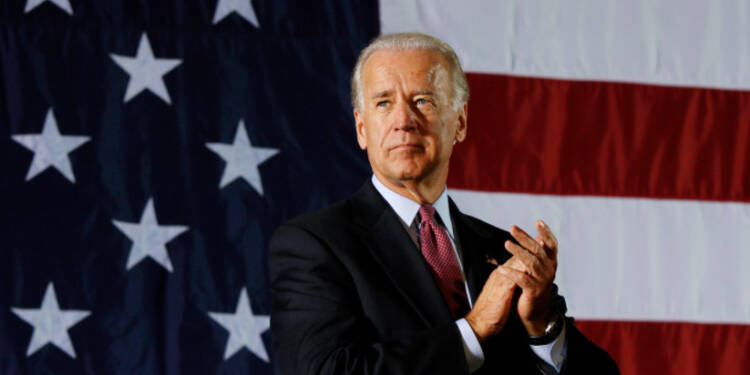 The US Presidential election results are out and Joe Biden is set to be the 46th President of the USA—barring any last-minute miracle by Donald Trump as he looks certain to knock the doors of the Supreme Court. Biden fought tooth and nail against Donald Trump under the blue banner of Democrats who take pride in being labelled as intellectuals and champions of liberal ideas. However, Liberals who more often than not dub ‘conservatives’ and their ideology as a derogatory abuse should also understand that septuagenarian Joe Biden, who has had a political career spanning some five decades has often been at the opposite end of his party’s ideology. We are not saying it or making it up—it’s the political footprint of Joe Biden that makes it clear as chalk and cheese that he often has been a closet conservative hiding in plain sight.

One of the biggest poll planks of Joe Bidens’s presidential campaign was the statement that he claimed to be a ‘Pro-choice’ activist when it came to the subject of abortion in the country. The current President of USA has unapologetically been one of the biggest voices of the ‘Pro-life’ campaign, but what would surprise the reader, is the fact that Joe Biden, the democrat, in the past had spoken and passed bills that banned abortion.

As a U.S. senator from Delaware, Biden voted against a 1977 compromise that allowed Medicaid to fund abortions that included exceptions for victims of rape and incest in addition to concerns for the life of the mother. While the rape and incest exceptions passed in that case, Biden voted in 1981 to again remove them, in what was the most far-reaching ban on federal funds ever enacted by Congress.

Biden also voted several times, including in 1983, to prohibit federal workers from using health insurance on abortion services, with the only exception being to save the life of the mother. A devout Roman Catholic, Biden says he personally opposes abortion and has spoken openly about his internal struggles with the issue.

Speaking of being a devout Catholic. Joe Biden, the President-elect has been quoting the Bible rather too frequently in his tweets suggesting that he is out to woo the Conservatives who in most cases, only hear those prophesizing the words of Jesus. Donald Trump, during his Presidency, relied on the Bible and its far-reaching power in a conducive manner.

The Bible tells us that to everything there is a season — a time to build, a time to reap, a time to sow. And a time to heal.

This is the time to heal in America.

While videos of Kamala Harris congratulating Joe Biden on the victory went viral on the social media platforms, many might not remember that during the Democrat Primaries, Harris had put Biden on a sticky wicket on the issue of race, in specific, Busing.

“I do not believe you are a racist, and I agree with you when you commit yourself to the importance of finding common ground, but I also believe—and it’s personal, and I was actually very—it was hurtful to hear you talk about the reputations of two United States senators who built their reputations and career on the segregation of race in this country. And it was not only that, but you also worked with them to oppose busing.” Harris had said last year.

A surprised Biden had only managed to produce a weak response by saying, “It’s a mischaracterization of my position across the board. I do not praise racists. That is not true,”

When former President Barack Obama was in office, he was deemed as a progressive liberal leader but it was Joe Biden, the Vice President that worked behind the scenes to connect the Democrats to the conservative vote banks. The heavy grunt work was done by Biden who using his conservative psyche managed to hold onto them.

The fact that hardcore conservative counties like Maricopa County in Arizona voted en masse for Joe Biden in the 2020 elections, is a testament to the fact that conservatives have often found Biden as a likeable person. Thrown in a socialist like Bernie Sanders or a liberal Kamla Harris alone and the Democrats would have never managed to breach this fortress that was last won by Democrats in the 1948 Presidential elections.

It’s the undeniable truth that Joe Biden has distanced himself from the emerging left-wing Democrat faction of Rep Alexandria Ocasio Cortez, Ilahan Omer, RashidaTlaib and Ayanna Pressley, precisely because the left-leaning ideas more often than not go against the values that Biden holds personally.

Historically, the Democrats have been known moderates, and the old party leaders like Joe Biden (a known moderate), who have plied their trade in the power corridors of Washington, understand that making sweeping statements before an election and actually implementing them afterwards is a different ball game altogether. Despite Kamala Harris evoking the Kashmir issue after the abrogation of Article 370, one would expect Biden’s conservative tendencies to step in and stop Kamala & Co. from issuing any hara-kiri statements.

The examples are aplenty which show that Biden is a conservative at heart. He might not have switched camps during his five decades-long career but ample evidence suggests that Biden might not be as liberal as the woke people of the world are currently presenting him to be.

Why Biden could go soft on Russia: Trump had a political baggage to deal with, but Biden does not