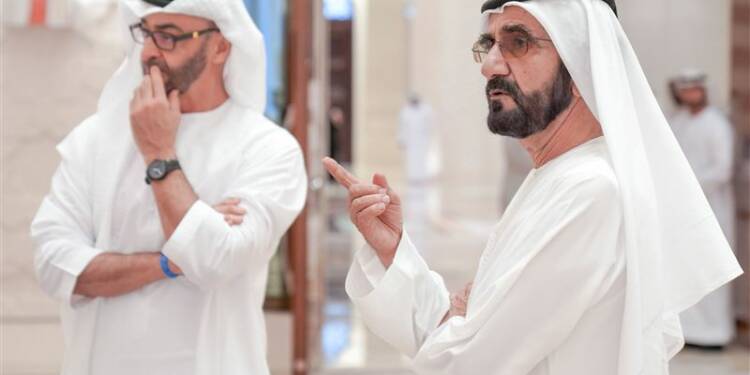 UAE is standing out as an example of progress in the Islamic world. It has set out on a legal overhaul and the changed personal and family laws are refreshingly progressive.

The new laws deal with wide-ranging subjects in the civil and personal sphere, be it allowing unmarried couples to live together or alcohol consumption among others. These laws have been in line with the slew of progressive measures that UAE has been undertaking.

It is a collection of amendments and new laws, effective immediately. UAE is taking these steps at a time when a large part of the Muslim world is being steered towards a regressive and dark abyss by leaders like Erdogan in Turkey and Imran Khan in Pakistan, among others. UAE is the beacon of hope in the sea of regressive and fundamentalist ideas.

Reforms will affect laws that relate to divorce and separation, division of wills and assets, alcohol, suicide, and the protection of women. These legal introductions seek to regulate crucial civil and personal laws with provisions allowing non-Emiratis to run their personal affairs in accordance with the laws of their home countries.

The significance of the laws is immense. As the laws of a person’s country of origin can be used for divorce and inheritance means that people will not have to face Islamic and Sharia laws if they are from other backgrounds. This will bring more people to the UAE and increase its brand value too.

Major changes in UAE laws with implications for 3.4 mn Indian expatriates:
*Divorces according to law of country of origin
*Alcohol consumption no longer criminalised
*Legal cohabitation of unmarried couples allowedhttps://t.co/nkp2qms1uH

UAE had been working hard to transform its society and in the process, project a version of leadership to the Islamic world which, if simulated, can transform the region. It is in sheer contrast to its fundamentalist neighbour, Qatar, which has been transporting Islamist ideas and supports the Muslim Brotherhood.

UAE is part of those Muslim countries which have been consistently forging a new and progressive future. The country is in the midst of an ideological war with Turkey and Qatar combined.

Since the Arab spring, many Islamic countries have seen regime change, wars and revolutions, Turkey and Qatar have been supporting the movements and their progenitors, Muslim Brotherhood. While these countries fund the organisation and provide all support, the UAE is also vulnerable to these ideological forces.

The country and its royalty have been confronting these forces, through transforming their societies and killing any source of resentment which can be utilised by the Muslim Brotherhood and Turkey. The Abraham accord was also a step in this direction. UAE has been fighting with Qatar and Turkey both economically and ideologically. At the same time, they were forced to maintain distance from Isreal while Turkey maintained its business ties with Tel Aviv. In such a scenario, their countries de-hyphenated the Israel-Palestine situation with their personal relations with Israel. With this, UAE was able to strengthen its influence in the region and give a blow to Turkish designs.

While Turkey led the case of fundamentalist Islamists and condemned France for its progressive and anti-terrorist stance, UAE was standing with France like a rock and minced no words while criticizing the Islamist terrorists and terror attacks in France.

UAE, as a country is facing the threat of Islamist terrorists, and the countries like Turkey and Qatar are fanning the fire. UAE has been responding to the threats by setting an example. It is providing a model of progressive state to the Muslim world and new laws are a step in the right direction. UAE must continue with its progressive movement and become an oasis of hope in the desert of destruction and darkness.