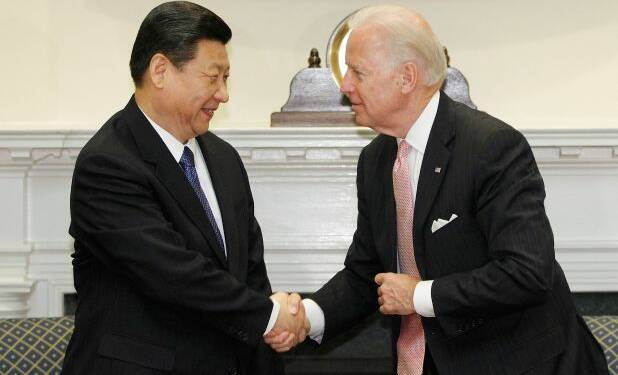 The political circumstances have changed in the United States. The anti-China hawk, Donald Trump, has apparently suffered a surprise loss in the American Presidential polls and now Joe Biden, a Democrat, who is expected to go soft on China may come to power.

And with a change of regime in the United States, China’s economic sentiment is also changing. Trump wanted to have nothing to do with Beijing and therefore, American investments in China were supposed to dry up with the sitting US President at the helm of affairs. But as per SCMP, Biden’s victory is likely to encourage Wall Street to increase investments in Chinese markets. This comes as great news for the Chinese Communist Party and pro-China corporates in Wall Street.

As per SCMP, Biden is less likely to use tough tariffs as a negotiating tactic against China. What the Biden administration could do is push a united front against the Communist nation, compelling it to open up its domestic market. And once China’s domestic market opens up, American and global financial firms would want to pour in investments in Chinese markets, making the paper Dragon even richer.

SCMP has quoted Sheng Liugang, an Associate Professor with the Department of Economics at the Chinese University of Hong Kong, as saying, “Biden’s party represents the interests of top American corporates, financial firms and hi-tech companies, so he is more likely to push China on reforms.”

Wall Street has always had a strong pro-China lobby. A certain set of investors have found China as a safe haven for their investments since the Great Recession of 2008. Wall Street giants such as Goldman Sachs Group Inc. and JP Morgan Chase & Co. have tens of billions of dollars at stake in China. Five big US banks had a combined $70.8 billion of exposure to China in 2019, with JP Morgan alone plowing $19.2 billion into lending, trading and investing.

Such is the thirst of Wall Street to make inroads into China that companies like Goldman Sachs are hiring sons, daughters, nephews and nieces of CCP’s Politburo in their plush US offices without any experience and qualification to show its goodwill. In 2016, JP Morgan Chase was fined by American regulators for giving jobs to well-connected Chinese “princelings”.

This pro-China investment lobby within Wall Street was restrained by the Trump administration till now, as the sitting US President was actively decoupling the US economy from Chinese markets.

Yet, prominent American financial institutions like American Express, BlackRock, The Carlyle Group, Citigroup and Goldman Sachs, did participate more actively in China when the paper Dragon scrapped ceilings on the share of domestic financial operations that aliens could hold.

So, it is well known that if the Chinese economy opens up, the amount of money that American financial institutions pour into Chinese markets also goes up. American investors are often attracted by higher returns offered by Chinese markets. A 10-year Chinese government bond, for example, yields 3.23 per cent, as compared to  the 0.80 per cent offered by a 10-year American treasury note.

With Trump in power, all American interests were being constantly made to the White House’s line of decoupling from China. But Biden’s policy, on the other hand, is likely to push China to open up its markets, and could therefore actually encourage the pro-China investment lobby in the US to look at China as an avenue for pouring in investments. So, with Biden’s apparent victory, Beijing can easily expect a lot of money from the United States.