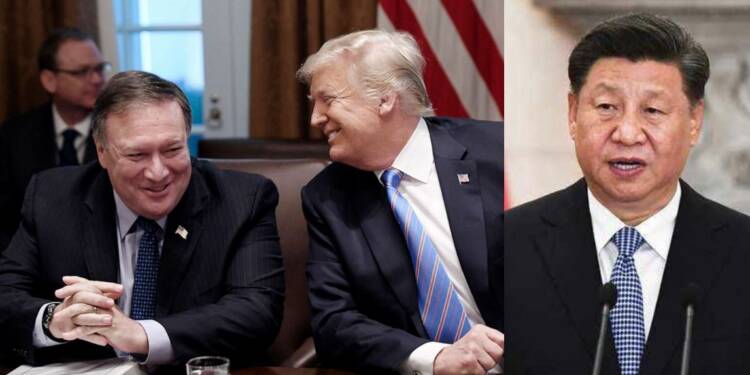 The political climate in the US is more charged up than ever as Secretary of State Mike Pompeo embarks upon a surprise seven-nation tour of the US allies despite the liberal media trying to force the Trump administration into handing the keys of the White House to Democrats and Joe Biden. American President Donald Trump is steadfast in his argument that the votes have been botched up and that the Supreme Court will have the final say in the matter. As a result, the entire Trump administration is still working round the clock and going about its business as usual.

Pompeo said that he is looking forward to his travel that would begin on November 13 when he will leave for Paris, where he will meet his French counterpart and President Emmanuel Macron of France to build on their transatlantic work on economic and security matters, and on counterterrorism and global threats. From there, the US Secretary of State will head to Istanbul and the former Soviet Republic of Georgia before arriving in Jerusalem along with three essential Gulf Arab allies – Saudi Arabia, the United Arab Emirates (UAE), and Qatar.

Looking forward to my upcoming travel to Europe and the Middle East to meet with counterparts on a range of important issues, including countering Iran’s malign behavior, the opportunities presented by the Abraham Accords, and advancing religious freedom around the world.

The trip will discuss Trump’s “historic efforts to forge peace and cooperation throughout the Middle East,” Pompeo told reporters. The signing of the Peace Accords in the Middle East between several turbulent actors has been one of the cornerstones of Trump’s foreign policy and Pompeo is looking to take a customary check at the situation.

Pompeo, on his trip, is also expected to discuss raising further pressure on Iran in the remaining two months of the Trump administration, which in 2018 bolted from a multinational denuclearization accord with Tehran and imposed punishing sanctions on it.

Yesterday, the Secretary of State had also claimed that there would be a smooth transition to the second Trump administration. “We’re reminding everyone that all the votes haven’t been counted.  We need to make sure the legal process is fully complied with,” said Pompeo, who further added, “We will make sure that whoever is in the office on noon on January 20th has all the tools readily available so that we don’t skip a beat with the capacity to keep Americans safe.”

US Secretary of State Mike Pompeo says: ‘There will be a smooth transition to a second Trump administration’. pic.twitter.com/C0qhePFoII

While the world is guessing who will be in the White House, come 20th January–the duo of Trump and Pompeo has been quietly going on about their business. Reported by TFI, the United States had only recently revoked the terror tag for the East Turkestan Islamic Movement (ETIM) which instantly had irked the Politburo of Beijing.

China accuses ETIM, which is entrenched in Uyghur Muslim-majority province of Xinjiang province, of being responsible for numerous violent attacks in the province and outside, including one at the Forbidden City in Beijing, killing several people.

By revoking the ban, the US had sent a message to China that its inhumane treatment of the Uyghur Muslims wouldn’t pass under the radar anymore. Even supposedly in its last days, the Trump regime is willing to do anything to corner the paper dragon.

It is the general resignation by the world leaders to the fact that if Joe Biden comes to power as the 46th President of the USA, Beijing would be hugely relieved and all the hard work done by Trump in the Middle East would be undone. Thus Pompeo and Trump are ensuring that in an off chance, the decision doesn’t go their way, the foreign relations between the US and the other countries and other permutations and combinations wouldn’t go much askew.