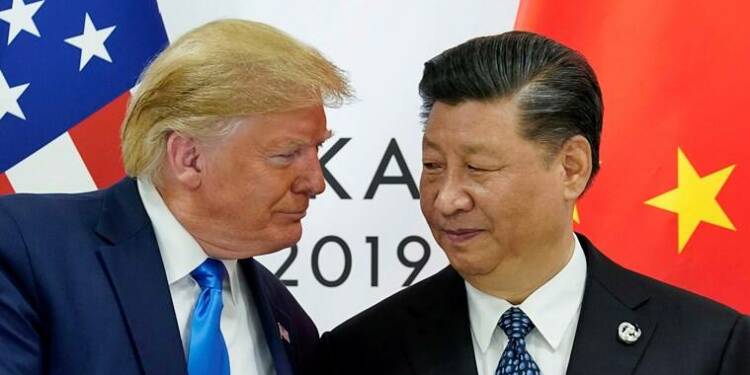 The Trump administration might be vacating the White House for Joe Biden and Democrats but while still being in power, President Donald Trump and Secretary of State Mike Pompeo are ensuring that they go down swinging one last time against China for its unethical treatment of millions of Uyghur Muslims. According to news reports, the United States has revoked the terror tag for the East Turkestan Islamic Movement (ETIM) which has irked the Politburo of Beijing.

Chinese Foreign Ministry spokesman Wang Wenbin, on Friday, told a media briefing that “China deplores and rejects US decision”. China accuses ETIM, which is entrenched in Uighur Muslim-majority province of Xinjiang province, of being responsible for numerous violent attacks in the province and outside, including one at the Forbidden City in Beijing, killing several people.

To whitewash the atrocities of the Xi Jinping regime on the Uyghurs, CCP and its propaganda machinery had launched a documentary series in June that dubbed its anti-terrorism drive to flush out the terror operatives as the sole reason for sending millions of Uyghurs to internment concentration camps. According to Chinese Foreign Ministry spokesman Zhao Lijian, the documentary showed the necessity of anti-terrorism and extremism in the Xinjiang Uyghur Autonomous Region. ETIM was branded as a terrorist organisation in the documentary as well.

Earlier, the US administration had banned cotton, hair products, computer components, and some textiles from China’s Xinjiang province which are made “using forced labour”.

The list of Withhold Release Orders (WRO) issued by the US Customs and Border Protection (CBP) include products made with labour from the Lop County No. 4 Vocational Skills Education and Training Center, hair products made in the Lop County Hair Product Industrial Park; apparel produced by Yili Zhuowan Garment Manufacturing Co. and Baoding LYSZD Trade and Business Co.; cotton produced and processed by Xinjiang Junggar Cotton and Linen Co. in Xinjiang’s Uyghur Autonomous Region, Computer parts made by Hefei Bitland Information Technology Co. in Anhui have also been banned as “Hefei Bitland uses both prison and forced labor to produce electronics.”

As reported by TFI, it was President Donald Trump who had signed the ‘The Uyghur Human Rights Policy Act, 2020’ which is primarily aimed at cornering China. The bill signed by Trump paves the way for the American authorities to impose sanctions on the Chinese Communist Party (CCP) officials who are directly involved in the atrocities committed on the Uyghur Muslims.

For the uninitiated, China’s brutal crackdown on the Uyghur Muslims is gut-wrenching. In September last year, Lawyer Hamid Sabi, speaking at the UNHRC headquarters in Geneva claimed that the Chinese government is harvesting and selling organs from persecuted ethnic and religious minorities including the Uyghur Muslims, who are being persecuted at an accelerated pace. Since the 1990s, the red authoritarian regime has repressed the Uyghur populace in the name of combating “separatism”, an excuse for attacking minorities that were not palatable to the international community at the time.

Donald Trump has managed to make some headways in the Uyghur Muslims issue but with a new liberal and pro-China regime coming into power, the fear runs deep that all the work laid down by him to make China answerable for its crime would be undone. It would be interesting to see what approach the 46th President of the USA takes on this international issue.