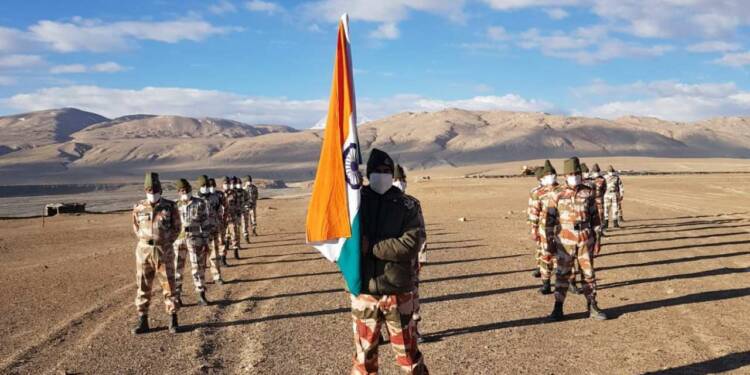 With uncertainty looming over the US Presidential poll results and a Trump administration waiting for excuses to take drastic actions against the paper dragon, the Chinese People’s Liberation Army (PLA) has chickened out of the five-months long military stand-off with India in the Eastern Ladakh sector. As per news agency ANI, sources say that India and China have agreed upon a three-step disengagement plan, wherein troops will move back to the pre-standoff positions and restore status quo ante.

China wanted to save face after months of belligerence along the Line of Actual Control (LAC)- the effective India-Tibet (China administered) border. But it seems that owing to the latest developments in the US and harsh Himalayan winters, the PLA hasn’t been able to sustain itself.

There are three clear reasons behind the sudden disengagement from China in Eastern Ladakh. Firstly, Beijing knows that Trump is angry and irritated over the recent US presidential polls that were marred by voter fraud allegations. He is that much more inclined to punish China right now.

Within China, US Defence Secretary Mark Esper’s exit, has triggered worries about the increasing risk of accidental conflicts and hardline action by the Pentagon against the paper Dragon. The appointment of Christopher Miller, a Special Forces veteran specialising in surprise attacks and adventure operations, as the Acting Defence Secretary in the Trump administration has got Beijing worried about aggressive American reaction to any Chinese misadventure.

Any Chinese aggression in Eastern Ladakh can invite reprisals from the Pentagon, especially when Trump is angry and eager to make a punching bag out of the Middle Kingdom.

Secondly, even if Biden is able to overcome the legal challenge to his so-called election as the next US President, Xi Jinping would want to start on a clean slate. The Chinese President wouldn’t want to come out looking like a belligerent villain if a new US government comes at the helm of affairs in January next year.

It is in China’s best interest to behave, regardless of the man sitting in the White House.

And finally, Ladakh winters are making it too hard for unacclimatized, mainland Chinese soldiers to sustain themselves. Mercury has already dropped to sub-zero temperatures in Eastern Ladakh, and it will drop even further in December and January. Reports of the PLA evacuating its cold casualties are already becoming too embarrassing for Beijing and therefore China has decided to backtrack on its belligerence in Ladakh.

The Eastern Ladakh stand-off might end very soon and as expected the paper Dragon will go back with a bloody nose.