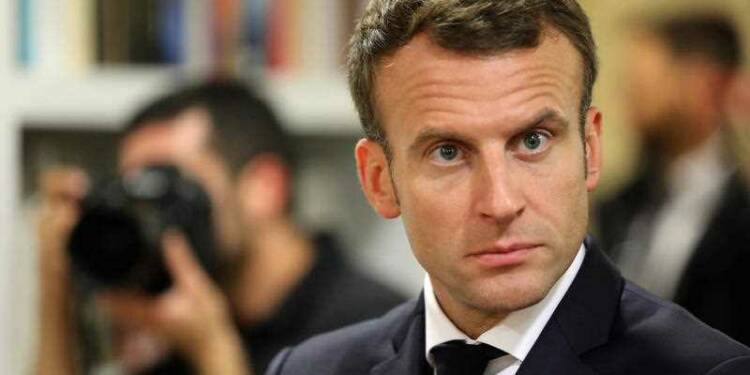 ‘Macron will not bow down; France will rise to the biased leftist criticism that has been propagating a narrative which induces from the Islamo-liberal-leftist school of perversion and debauchery.’

When The New York Times criticized Macron for his stand on Extremism and Islam, the French President hit back. He criticized the English language coverage of France’s stance on Islamic extremism after recent attacks and said that the coverage almost amounts to legitimizing and justifying the attacks on France and its people.

Besides, Macron even reminded the fellow left media that “When France was attacked five years ago, every nation in the world supported us. So when I see, in that context, several newspapers which I believe are from countries that share our values… when I see them legitimizing this violence, and saying that the heart of the problem is that France is racist and Islamophobic, then I say the founding principles have been lost.”

Emmanuel Macron, since the beheading of Samuel Paty, has stood up for the rights and beliefs of the French people and has judiciously attacked the Islamist extremism that has been the cause of such co1wardly attacks. While the western world has supported the French government, no other country, except India, has condemned the attacks or offered support.

Thus, in the face of such attacks, this is not the first time that Macron has hit out against the left-liberal media. The Financial Times, earlier, published a piece by a correspondent that was titled “Macron’s war on ‘Islamic separatism’ only divides France further,” in response to which, Macron released a letter that criticized the publication for distorting his remarks.

The left’s Islamic propaganda has fuelled protests in states such as Pakistan and Bangladesh. The protests have been consumed by the general misdirection of the left-liberals which blame the French for the attacks on their citizens in France while hypothetically justifying the beheading and the other attacks.

Politico, The Washington Post, The Financial Times, all have criticized the French’s “radical” band of secularism which “propagates” Islamophobia and not the Islamist extremist who were responsible for the attacks. Therefore, the French government’s stand to reject the perverted idea of liberalism which emanates from the US educational hubs is justified.

The French Education minister in an interview had said that “there’s a combat to be led against an intellectual framework coming from the US universities and intersectionality, which go against France’s republican model.

Liberal mainstream media has been criticizing Macron for his hard-line stand on Islamist terrorism, Jihadism, and Extremism. Their stand on France’s lacite, French secularism, is alarming as they criticize the French by calling it a racist, Islamophobic state.

Ostentatiously, the corrupt, liberal-left idea of selective criticism and inclusion has become a front for jihadists, radicals, militants, and terrorists to promote their extremism under the cover of Freedom of Speech, and those ideas are then further propagated by these mainstream agents of Islamic liberalism.

While Macron rejects the left-liberal media and their propaganda, he also rejects the perverseness of the liberal ideals that the Islamo-liberal-left, under the veil of Freedom of Speech and rationale of inclusion, is trying to push upon the whole world. Macron’s stand against the “Islamist Terrorism” will go a long way to ensure that Europe’s cultural and political heritage holds fast against the agents of “le grand replacement”.