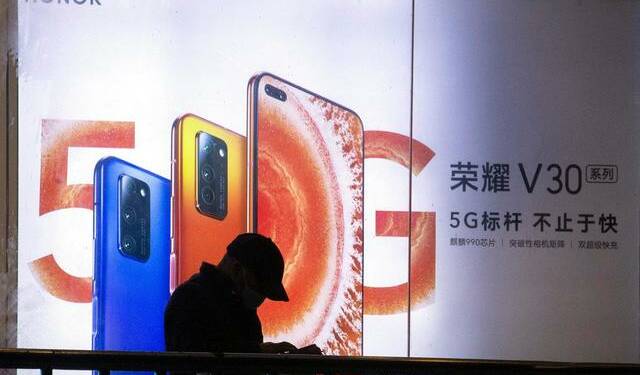 While Donald Trump might not be getting a second term, his actions will continue to make China bleed for the foreseeable future. In a major blow to China, Huawei has been forced to sell its Honor smartphone business after US sanctions hit the company hard and is being seen as a last-ditch attempt to survive.

Struggling to keep afloat its consumer hardware business, Huawei has been resigned to sell off its Honor smartphone business to a consortium of over 30 agents and dealers for a pittance with the consortium planning to set up a new company called Shenzen Zhixin New Information Technology in order to complete the purchase.

The deal which is reportedly believed to be in the region of $15.2 billion will likely see the consortium laugh their way to the bank as the evaluation of Honor would have been much more under normal circumstances and in the absence of American sanctions. Huawei had simply no room to manoeuvre and perhaps had to take solace from whatever amount they were able to eke out from the buyers.

Troubles began mounting for Huawei after the U.S. Commerce Department placed it on the “Entity List” which made it next to impossible for the company to successfully operate its consumer hardware business.

Such were the pitfalls of being in the “Entity List”, that the USA blocked many chipmakers from supplying to Huawei. This resulted in the company either having to turn to 4G chipsets from Qualcomm – a key competitor or rely on the ever unreliable Chinese semiconductor manufacturing industry. Both the options it seems were a complete no-go for Huawei. The road less travelled would have been to completely decouple from American companies which would have seen the company burn a lot of cash.

It is pertinent to note that Huawei will now no longer hold any share in the new Honor brand which the new buyers are planning to take it public in the next three years. The deal includes R&D capabilities, supply chain management, and other Honor assets.

“At a difficult time when industrial technology elements are unsustainable and consumer businesses are under tremendous pressure, in order to allow Honor channels and suppliers to continue, Huawei Investment Holding Co., Ltd. decided to sell the entire Honor business assets. The purchaser is Shenzhen Zhixin New Information Technology,” said Huawei in a statement.

The Trump administration has adopted a no-prisoners approach with Huawei which has perhaps led to the companies downfall. After accusing the Chinese tech giant of being a threat to the national security, Trump effectively banned American companies from doing business with Huawei with Google also revoking Honor’s license to use Google’s suite of apps.

From shipping over 70 million units annually across the globe to now being sold off in order to save whatever little is left of Huawei, Honor has witnessed a spectacular downfall and it has President Trump to thank for all its troubles which eventually led to its winding up.