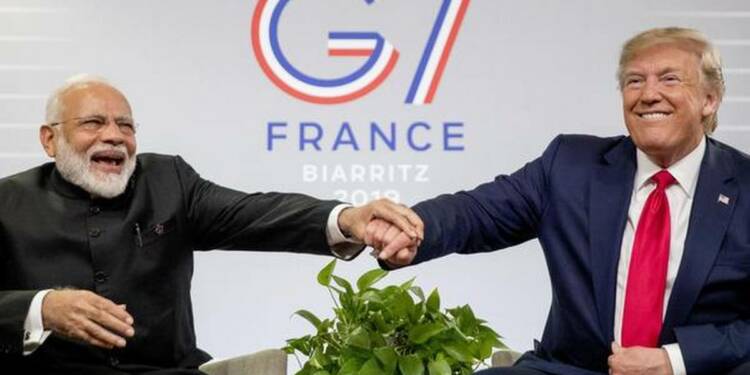 Starved of a symbolic or real diplomatic victory for far too many months now, the paper Dragon is busy waving the Regional Comprehensive Economic Partnership (RCEP) as a humongous achievement. On paper, it does sound like a victory. After all, 15 Asia-Pacific country constituting 30 per cent of the global GDP have come together.

But here is the real deal- US President Donald Trump and India’s Prime Minister Modi killed the RCEP even before it was born. The RCEP is a stillborn baby and no one can breathe life into it. Even if Joe Biden somehow becomes the President of the United States, notwithstanding the legal challenge to the American Presidential Elections, the RCEP will never culminate in Beijing’s favour.

Biden simply doesn’t have the political capital to drop Trump’s tariff wars or other battles against China. And this is why Beijing will never be able to dominate the RCEP.

The idea of a China-dominated RCEP is bound to fail even in the unlikely prospect of a Biden administration coming at the helm of affairs, because Trump has changed the geopolitical equations of the Indo-Pacific region drastically. The Democrats might keep on alleging that Trump has eroded American leadership, but the fact remains that no US President has been able to give China as much pain, as Donald Trump.

Trump’s actions have simply changed the American narrative on China. Charles Edel, a State Department official in the Obama administration said, “The debate has shifted from why a new approach is needed.” Edel added, “Now, the question is what that new approach should be, and how it should best put into effect.” Simply put, Trump has intentionally or unintentionally made getting tough on China a bipartisan issue.

Now, Biden might have a soft corner towards China. He might have even criticised Trump’s tariff wars against China. But that doesn’t really matter. Once in power, Biden won’t really be able to reverse Trump’s tough decisions on China. When it comes to the White House, getting tough on China is no longer a matter of choice, but a plain compulsion.

So, Biden will remain occupied in handling the US economy for a large part of his tenure of he becomes the US President and will never be able to de-escalate US-China rivalry.

American tariff wars with China are going to matter a lot, even in the context of negotiations within the RCEP. From a Chinese perspective, US tariff wars are expected to far outweigh the benefits of joining the RCEP. Also, if we may add, a Chinese economy riddled with American tariffs reduces Beijing’s bargaining power with other RCEP members including the ASEAN, Japan and South Korea.

In such a scenario, the ASEAN, Japan, South Korea and even Australia get to make tough demands of China within the RCEP. The RCEP could, in fact, become more of a burden for Beijing in the background of American tariff wars.

What Trump has also very successfully done in the Indo-Pacific region is to get US allies to decouple from China. Now, take for instance, India, which has for purely domestic reasons refused to join the RCEP. Nonetheless, PM Modi has been able to ride on the global backlash against China and get the Indian economy to decouple from China. As such, India is a giant in its own right and by snubbing the RCEP, New Delhi could be looking to promote trade outside the newly-formed trading bloc.

Also, other American allies like Australia and Japan have been standing upto Chinese aggression with a Trump administration at the helm of affairs in the US. While China and Australia are engaged in unprecedented tariff wars, Japan is itself decoupling from China and moving its manufacturing giants to Southeast Asian nations like Vietnam.

China’s trade wars with Australia or deteriorating ties with Japan aren’t going to get resolved only because the RCEP has been signed. RCEP doesn’t automatically bring down tariffs but only creates a platform for lowering tariffs. As such, the present issues between China and the democratic world within the Asia-Pacific region are only going to jam negotiations within the RCEP and keep the trading bloc moribund for several years to come.

RCEP may have been signed, but it was killed even before its inception by India’s Prime Minister Narendra Modi and US President Donald Trump. No one including Biden can do anything to bring it back to life.