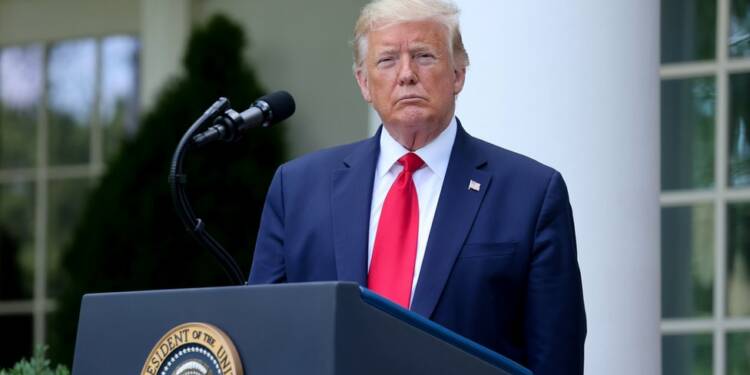 The US Presidential election results started coming out on November 3rd— however, 15 days later, the counting is still ongoing and the final tally is being repeatedly subjected to judicial reviews. President Donald Trump, who has claimed that there has been widespread voter fraud has now starting hitting the right chords as desperate Democrats and their lackeys have started pressuring the Trump campaign lawyers to give up and quit his fight.

The Trump administration has filed at least 10 different lawsuits in at least five different states (Michigan, Pennsylvania, Arizona, Georgia, and Nevada). Some of these are run-of-the-mill lawsuits fighting over minor issues, but several directly allege fraud, and a few include documentation claiming to prove the existence of that fraud.

Read: Know the cases that Team Trump is fighting against Biden and the Democrats

However, the lawyers who have been representing Donald Trump and his party are now being hounded to drop the ball. The same liberal cabal which had gone out of its way to dub the 2016 elections as fraud after alleging Russian intervention is now refusing to even acknowledge the fact that there can be a potential voter fraud.

One of the most contentious states is definitely Pennsylvania, where the Trump campaign is disputing as many as 680,000 mail-in ballots it claims it couldn’t monitor. Along with other lawsuits, Trump can easily erode Biden’s narrow lead in this key battleground state. And just the way the left operates in India, the American left has now resorted to pushing the lawyers and the entire judicial team into the corner.

However, one of the first law firms representing the Trump campaign in the lawsuits in the state, Porter Wright Morris & Arthur, had to quit last week, owing to the extreme duress from the detractors of the Trump regime.

“Every lawyer associated with Trump gets death threats — and incredible abuse from partners at major law firms. I’ve had abuse on my Facebook page from managing partners at law firms in San Francisco [who] represent actual criminals.” said Harmeet K Dhillon, a Republican lawyer.

DHILLON: Every lawyer associated with Trump gets death threats — and incredible abuse from partners at major law firms. I've had abuse on my Facebook page from managing partners at law firms in San Francisco [who] represent actual criminals. (Harmeet Dhillon AKA @Pnjaban) pic.twitter.com/qAXXo0GpTO

According to a New York Times report, the law firm Jones Day which is representing the American President is being increasingly being put under the pump to terminate the retainer signed with Donald Trump.

The sense of desperation from the Democrats and the Joe Biden camp is a ‘tell’ that something sinister has been going behind the curtains which they do not want to come out as the Trump administration quietly closes in on the fraud.

Even if we take into consideration that all of Trump’s claims are baseless, the cabal should understand that lawyers are merely representing Trump and going on about their jobs. The decision lies in the hands of the Supreme Court to rule out who is chosen as the President.

And its not just the lawyers that are being persecuted, it is the social media and especially microblogging platform Twitter that is policing the network with biased vigilantism. The fact that Twitter is flagging most of Donald Trump’s tweets speaks volumes about the fact that Twitter has claimed itself to be a nanny state.

Quashing fake news is their job but refuting any instance of voter-fraud smells of hypocrisy which the Jack Dorsey-led Twitter has become infamous for. In the run-up to the elections and after the announcement of results, Twitter has acted in an autocratic style by being the Judge, Jury, and Executioner, all on its own.

During the testimony at a Senate Judiciary Committee hearing on Tuesday, Republican Ted Cruz gave an earful to Dorsey who resorted to his carefully curated mechanical answers to the pertinent questions posed to him.

“You are engaged in publishing decisions, Mr. Dorsey!” boomed Texas Senator Ted Cruz who further added, “You don’t get to pretend you’re not a publisher and point to Section 230 to get exemptions!”

America is setting a dangerous precedent by pressuring the lawyers representing a certain ideology to stop doing their jobs. The representation of popular or unpopular has been the core features of the profession of a lawyer and if that is encroached upon then it indicates the kind of 4-year regime that would be in the store if Joe Biden led Democrats take the center stage. If they can go after a President that is still in power, imagine what lengths would they go to when they would have unyielding powers at their disposal.