These are his chances of winning 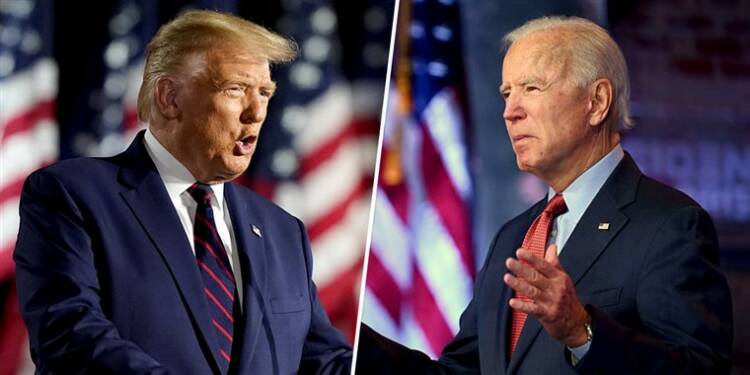 Even as the controversy around the US Presidential Elections refuses to die down, Trump campaign has been challenging the contentious results over voter fraud allegations and irregularities.

Trump campaign has filed lawsuits in half a dozen states- Wisconsin, Pennsylvania, Nevada, Arizona, Michigan and Georgia. Democrats and the anti-Trump, mainstream media claims that Joe Biden has won these states with razor-thin margins. However, large-scale protests have broken out in the US which clearly hint that a large section of voters simply does not believe the apparent poll results.

Trump campaign has filed multiple lawsuits in these states over different grounds including defective ballots, lack of observer access, acceptance of late-arriving mail-in ballots and absentee ballots with incomplete details.

One of the most contentious states is definitely Pennsylvania, where the Trump campaign is disputing as many as 680,000 mail-in ballots it claims it couldn’t monitor. Along with other lawsuits, Trump can easily erode Biden’s narrow lead in this key battleground state.

In Nevada, which sends six electors to the electoral college for the US President, the Republicans are disputing more than 3,000 ballots cast by ineligible voters in Clark County. Meanwhile, the Republicans seem to have won a major victory in Nevada as the Clark County Commission threw out an election on Tuesday that represents one-sixth of the total votes cast in the County. There were reportedly too many “discrepancies” to ensure certainty of Elections.

The Clark County Commission just threw out an election that represents almost 1/6 of the total votes cast in Clark County because there were too many “discrepancies” to be sure that that the results in that election can be certain. 153K votes in this election. https://t.co/kqO1cBwnYH

Arizona is another key state where Biden presently claims a very narrow lead of over 10,000 votes. Trump campaign did file a lawsuit against the Maricopa County over the improper rejection of in-person ballots when vote tabulation machines rejected some ballots as defective. However, the claim was later dropped.

Trump’s legal team also seems hopeful about Michigan, another major state with as many as sixteen electors in the US Presidential Electoral College. Biden claims to enjoy a lead into hundreds of thousands of votes in this key state. However, last week, Trump’s personal lawyer, Rudy W. Giuliani, tweeted, “Today the @realDonaldTrump campaign sued to invalidate hundreds of thousands of fraudulent ballots in the Western District of Michigan. First PA, then Michigan will go to Trump. Affidavits will be published tomorrow. You will be shocked.”

The lawsuit filed by Trump campaign claimed that representatives of political parties, candidates or organisations were not allowed to observe the poll process and processing of voter ballots.

Today the @realDonaldTrump campaign sued to invalidate hundreds of thousands of fraudulent ballots in the Western District of Michigan.

First PA, then Michigan will go to Trump.

Affidavits will be published tomorrow.

You will be shocked.

In Georgia, Trump campaign had filed a lawsuit on November 4 questioning 53 ballots as improperly counted. The suit was dismissed. Nevertheless, the close margin in the state of Georgia has led to Georgia officials announcing that there will be a recount by hand in the state.

Finally, in Wisconsin, Biden has claimed victory with a very narrow margin of 0.7 percentage points, or around 20,000 votes. As per Edison Research, 99 per cent of the ballots have been counted. Trump 2020 legal adviser Jenna Ellis said, “The legal team continues to examine the issues with irregularities in Wisconsin and are leaving all legal options open, including a recount and an audit.”

Trump campaign’s lawsuits thus suggest that official US Presidential poll results still remain elusive. These legal challenges could actually cause a major turnaround, and ensure that President Trump remains in the White House for a second consecutive term.