China is afraid of India 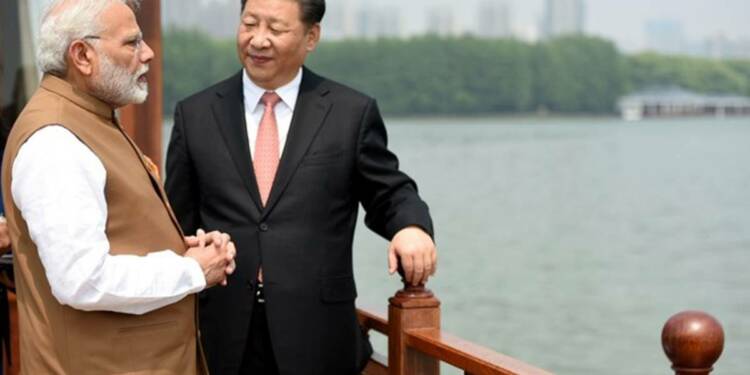 Since the beginning of the Coronavirus pandemic, China has been at loggerheads with practically every country on the planet. In an attempt to flex its muscles over the opposing countries, the politburo and the entire state machinery of Beijing goes to great lengths to foul mouth and dub such countries as its enemies. However, when it comes to India—the immediate neighbor of China, the communist regime plays a reserved card. Despite receiving a battering by the Indian soldiers on the LAC and now by the Indian consumers during the Diwali festive season—Beijing considers India as its rival and not enemy, unlike USA. India under PM Narendra Modi has emerged as a powerful and assertive country which Beijing understands is no pushover and thus alleviating the status quo to that of an Enemy could ultimately backfire.

China’s state-owned media and mouthpiece Global Media has routinely foul-mouthed Donald Trump, Boris Johnson, Scott Morisson, and several other leaders including their respective countries. Reported by TFI, the publication’s editor Hu Xijin had passed a rather distasteful remark against the down under country by comparing it to chewing gum.

“Australia is always there, making trouble. It is a bit like chewing gum stuck on the sole of China’s shoes. Sometimes you have to find a stone to rub it off,” Hu had said.

And yesterday, Beijing once again showed its tendency to metamorphose any country that speaks against it into an enemy. The Five Eyes intelligence alliance comprising of the US, UK, Australia, New Zealand, and Canada had criticized China’s imposition of new rules to disqualify elected legislators in Hong Kong. No sooner than the criticsm of China’s policies hit the newsstands, a Chinese foreign ministry spokesman Zhao Lijian warned countries to stay out of China’s affairs by threatening: “No matter how many ‘eyes’ you have, be careful not to be poked and get blind by harming China’s sovereignty, security and development interests.”

Read: ‘Your eyes will be plucked out,’ A frustrated China tells US, Britain, Canada, Australia and NZ

Zhao did not stop here. He added, “It doesn’t matter whether they have 5 eyes or 10 eyes, if they dare to damage china’s sovereignty, security and development, they should be careful or their eyes will be plucked out.”

However, to date, neither the CCP nor its state-sponsored media have been able to pen editorials that cross the line of diplomacy against India. The candor of Global Times, especially concerning PM Narendra Modi has been uncharacteristically parliamentary, to say the least.

According to a US State government report published under the leadership of Secretary of State Mike Pompeo, China perceives a “rising India as a rival” and wants to constrain its strategic partnership with the US. Again, the lexicon of the statement should be closely examined by the reader—China considers India as a rival/competitor, not an out and out enemy.

“China perceives rising India as a rival and seeks to impel it to accommodate Beijing’s ambitions by engaging economically while constraining New Delhi’s strategic partnership with the US, Japan, Australia and its relations with other democracies,” the report said.

More importantly, China is afraid of India—whether it be on the military front or the economic front. New Delhi is more than capable of giving a bloody nose to Xi Jinping and his dreams of creating a neo-colonial world empire. There’s a reason why Global Times has to resort to publishing PR news pieces of its fragile PLA troops to build the depleted morale. The recent beauty-regime of the PLA troops that was published by Global times showed the plight of the PLA soldiers who are being injected into the military establishments forcefully.

Read: The Big PLA Skincare Rush: China is all set to fight India with lots of sunscreen and lip balm

China and India are the two oldest civilizations of the world and despite the disagreements between the governments of the two countries—the people-to-people connection is still intact and has not deteriorated.

It is the hunger for power of Chinese President Xi Jinping that has made China a villain in the new world order. Jinping has created a powerful surveillance state where the common Chinese doesn’t even know about the suicidal policy decisions that the top echelons of the autocracy has been making and implementing.

Secondly, China relies heavily on India for economic trade, and if Beijing starts vomiting its verbal diarrhea on India after the border tussle, then India would frankly would not take a breath to eject it out of the market. The Diwali season has given an indication that if push comes to the shove and if Indian consumers are persuaded, the Chinese hegemony in the Indian market could be blown into smokes.

Reading between the lines, it is safe to assume that China is aware of India’s might and wants to go back to the earlier status quo. However, a steadfast Modi government at the center wants to dictate the political game by its own rules and thus the red regime has been finding it hard to negotiate on the table.