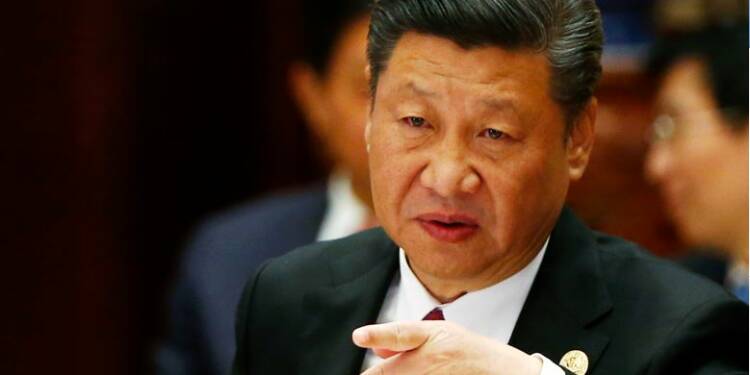 Chinese wolf-warriors are back with yet another violent metaphor and graphic imagination. And this time, the Chinese Foreign Ministry is targeting the Five Eyes Alliance, as the intelligence-sharing group criticised China for disqualifying four Hong Kong lawmakers who on one hand, are described as pro-democracy by the Five Eyes but on the other, unpatriotic by China.

In response to this, Chinese Foreign Ministry spokesperson Zhao Lijian said, “No matter how many ‘eyes’ you have, be careful not to be poked and get blind by harming China’s sovereignty, security and development interests.”

Zhao did not stop here. He added, “It doesn’t matter whether they have 5 eyes or 10 eyes, if they dare to damage china’s sovereignty, security and development, they should be careful or their eyes will be plucked out.”

#China's Foreign Ministry Spokesman Zhao Lijian said, “It doesn’t matter whether they have 5 eyes or 10 eyes, if they dare to damage china’s sovereignty, security and development, they should be careful or their eyes will be plucked out.”

The joint statement issued by Foreign Ministers from Australia, Britain, Canada, New Zealand and the United States read, “We urge the Chinese central authorities to re-consider their actions against Hong Kong’s elected legislature and immediately reinstate the Legislative Council members.”

To talk about poking an international alliance blind is, of course, indecent and rather undiplomatic. But Zhao’s loudmouthed meltdown is largely in line with the violent and graphic imagination of Xi Jinping’s wolf-warriors.

The CCP and Chinese diplomats have a great affinity towards threatening to cause personal harm to their international discourse. Recently, China’s clumsy Foreign Minister Wang Yi had himself threatened of making the Czech Senate President pay a “heavy price” if she visited Taiwan. Imagine the Foreign Minister of a country issuing a personal threat to the legislator of another country.

But there have been times when China’s official and unofficial diplomats have gone beyond just issuing threats. Global Times, the inner voice of the CCP and Chinese Foreign Ministry which speaks what the wolf-warriors of Xi Jinping think but cannot say publicly is infamous for relishing violent thoughts and drawing absurd analogies.

Read More: Xi’s attempts at making the Chinese use Chinese products is not working as China’s taste has changed irreversibly

When the Black Lives Matter protests in the US had degenerated into sheer violence and rioting, Hu Xijin, the Global Times editor-in-chief, had called the awful scenes a “beautiful sight“. This shows how much the Chinese diplomatic circles love violence. Even during escalating the Sino-Australian tensions, Hu Xijin had said, “Australia is always there, making trouble. It is a bit like chewing gum stuck on the sole of China’s shoes. Sometimes you have to find a stone to rub it off.”

By using a violent metaphor for the Five Eyes, China has once again exposed the awkward and violent thoughts that dominate Chinese diplomatic circles. With the kind of language that its diplomats use, China seems like a wannabe teenager which thinks that it can command respect by using tough language. But the rest of the world looks down upon China’s clumsy diplomats as awkward and somewhat hilarious.