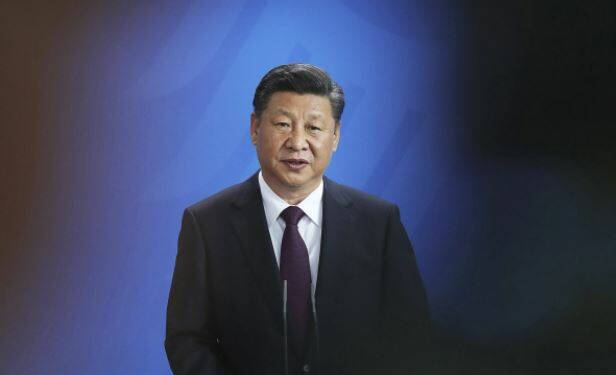 After inflicting a deadly pandemic upon the entire humanity and disrupting the global economy, China is looking to fix its consumers eating habits by forcing upon them local yet sub-standard Chinese food. According to news reports, Beijing has unnecessarily heightened the scrutiny of the imported products, which is becoming an increasingly frustrating exercise for the importing countries. The products are being aggressively tested for novel Wuhanvirus and outrightly rejected, which some say is tantamount to a trade restriction.

China says it has found the virus on the packaging of products from 20 countries including German pork, Brazilian beef, and Indian fish, but foreign officials say the lack of evidence produced by authorities means it is damaging trade and hurting the reputation of imported food without reason.

“In a World Trade Organization (WTO) meeting on November 5-6, Canada called China’s testing of imported foods and rejection of products that had positive nucleic acid tests ‘unjustified trade restrictions’ and urged it to stop the practice,” said a Geneva-based trade official briefed on the meeting who declined to be identified.

The foreign authorities are oblivious to the fact that Xi Jinping is rejecting the imports so that the Chinese populace is forced to consume more Chinese products. China’s food imports and exports have a massive deficit and by giving Coronavius as an excuse, the Politburo of Beijing is looking to bridge that gap.

However, with globalization and a more connected world than ever, the common Chinese and its taste buds are now craving international foods. And Xi Jinping, despite his strong yet attempts cannot satiate this hunger simply with local food.

According to data provided by China Power, China’s total food import stood at a whopping USD 105 billion whereas the exports were a measly USD 59.6 billion. The year on year increase in imports has been staggering and explains the ravenous hunger of Chinese for foreign edibles.

As reported previously by TFI, to gratify the Chinese population’s rising desire to eat exotic aquatic food, the Chinese fishing vessels are resorting to illegal catching in the high seas (meaning International Waters). By 2030, China is projected to account for 38% of the global marine catch, more than double of any other region. By some calculations, China has anywhere from 200,000 to 800,000 fishing boats, accounting for nearly half of the world’s fishing activity. China has already dried up the lakes and rivers in the country of aquatic life and because importing exotic aquatic food is expensive, Xi Jinping has been cutting corners.

Furthermore, twelve years ago, China was rocked by a baby formula scandal that left as many as 300,000 infants poisoned and six babies dead after drinking a milk formula that contained melamine, a chemical used in plastic. As a result, the majority of the milk formula is now imported from foreign countries which have also given rise to global syndicates like Diagou’s.

According to several estimates, products profiting most in the Chinese market are meat, dairy product, fresh and processed fruits, oil, fish preserves, sugars and liquors. The market grew from US$ 77 million to over US$ 1 billion dollars in the past decade, in other words, 13 times.

Thus, it doesn’t come as a surprise that Beijing is now trying to reverse the palate of the Chinese people by stopping the imports using the pandemic as a crutch. The rationale behind the move looks good on paper—stop the imports and the people will resort to eating local goods–but with modern Chinese having incredibly high purchasing power and access to e-commerce, with Diagous sometimes operating in the shadows–the task is herculean for Xi Jinping and by all estimates, he is bound to spectacularly fail.