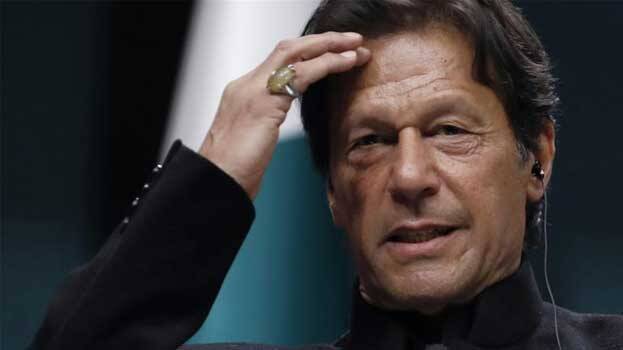 One should know that a country has failed when it cannot afford vaccines for its citizens and tells them to wait it out. Yes, wait out a pandemic is what Islamabad seems to be telling its citizens. The recent news reports and discussions in the Imran-ruled Pakistan signal at the helplessness of the terrorism-supporting nation.

The country has sustained its citizens of foreign aid and the military, in turn, on taxes from its citizen. This is the model a failed state would employ, and with no funds to spare, the Pakistani government has claimed that it cannot afford vaccines for its citizens.

None of the countries is willing to give it a loan or financial assistance and with the country currently listed in the FATF grey list, the international organisations too, are not willing to lend it any help. Islamabad’s betrayal has not gone down well with their frenemies – UAE and Saudi Arabia, who have taken early re-payment of their previous loans and now these countries are taking an even tougher stance.

Recently, the UAE stopped visa issuance for Pakistan among other countries, for what was interpreted by Islamabad as a precautionary measure regarding the next wave of COVID-19. This essentially means that the world is recognising the scary situation of the pandemic in Pakistan and still is unwilling to help it sail through it.

Pakistan’s embassies are being embarrassed, and they are requesting pharma companies which have conducted successful tests of their vaccine candidates. However, the companies are least interested in entertaining Islamabad’s requests, given the financial lacuna they are in right now.

The US brands are likely to make the vaccines available for US citizens first and then let the world buy it from them, and as the situation in Pakistan is so grim that they cannot bid for the medicines unless someone sponsors them financially. They are so deep in financial dependence and loans that no country dares to come to their help or they themselves might get sucked into the financial black hole.

The Chinese too are so sure of no one coming to Pakistan’s support that, they have also denied any further financial assistance in CPEC and have suggested loans instead at a revised rate. Now the only hope for Pakistan is what its elected representatives are suggesting, that is, wait it out and hope that when most of the countries have had themselves vaccinated, then they take pity on Pakistan and get its citizens vaccinated too and may even send financial assistance to the government.