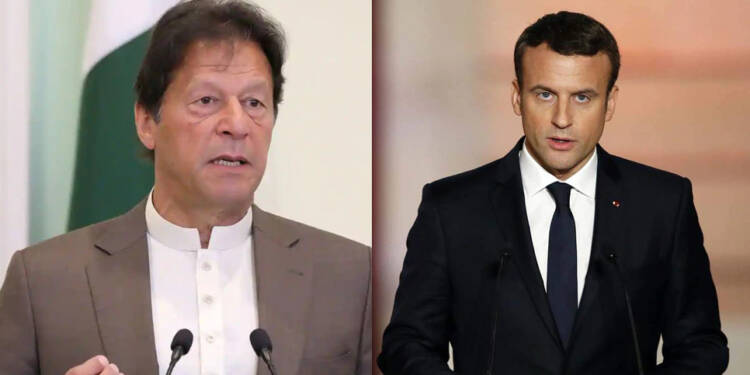 Pakistan for over a month both officially and unofficially has been criticising France, and Emmanuel Macron no holds barred, for taking actions against the Islamists and Fundamentalists. It takes a real bigot to overtly bad-mouth a country which you depend for weapons and then go back to the same country and ask for weapon upgrades. Pakistan, staying true to its character did just that, however, only to be humiliated and denied any upgrades to its French Mirage Jets and Submarines.

Pakistan is a country where blasphemy activists like Khadim Hussain Rizvi get a celebrity-like procession on their death and which is the largest hell-hole of Fundamentalist Islamists, exporting terrorists all over the world. France has taken serious note of Pakistan’s stance vis-a-vis French clampdown on Islamists and has given a shocker to Islamabad. Paris has decided against upgrading Islamabad’s fleet of Mirage fighter jets, air defence systems and the Agosta 90B class submarines. As per news reports France has also told Qatar not to let Pakistan origin technicians work with French planes because of concerns that they could leak technical information regarding its Rafale fighter planes. It is an obvious signal that France is royally mad at Pakistan and this bilateral is only going to go downhill from here.

The Stabbing incident in front of the old Charlie Hebdo office in late September by a terrorist of Pakistani origin and the celebration of his acts in Pakistan was the precursor to the beheading of Samuel Paty and the slew of Islamist and Jihadi attacks that plagued France and Austria. It just shows how Pakistan as a state has nurtured and proliferated fundamentalist, xenophobic, and Islamist ideas within its citizenry as a replacement of the Idea of Pakistan as a country. It has made it the epicentre, and ideological churning ground for world fundamentalist activities and its citizen are turning into walking ticking bombs filled with hatred for everyone that can be differentiated and othered.

As a representative of regressive and fundamentalist, Pakistan along with Turkey relentlessly attacked France for acting against the terrorists and the murderers. It should be recorded as the biggest irony of this decade when a country within its sovereign regions tries to contain the spread of extremism, and other countries who themselves are failed states, criticise it for acting against the extremists.

France’s latest decision comes after it recently forcibly deported 118 Pakistani citizens residing in France and revoked the visitor visas of 183 Pakistani nationals, including relatives of former ISI chief Lt Gen Ahmed Shuja Pasha. France has also now actively and consciously shifted entirely into being a strategic partner of India and will most certainly support India in South Asia and Asia in general. It was India which had come in support of France during these testing times when it was being hounded by Islamists left and right.

Read more: As France gets hounded by radical Islamist nations like Pakistan and Turkey, India must come to support it

The French decision to deny weapons upgrade to Pakistan is the latest addition to an increasing collection of Pakistan’s foreign policy disasters. Before this, Pakistan has even lost friends like Saudi Arabia and UAE because of its support to the wannabe caliph Erdogan and its fixation with Kashmir. Now with no weapon sales from the USA, UAE and Saudis as well as Russians, the only weapons it can procure will be the reverse-engineered Chinese toys or the crazy Turkish inventions. Pakistan has long showcased its prowess to become its own worst enemy, and the recent foreign policy disasters have become testimonies which give teeth to this argument.