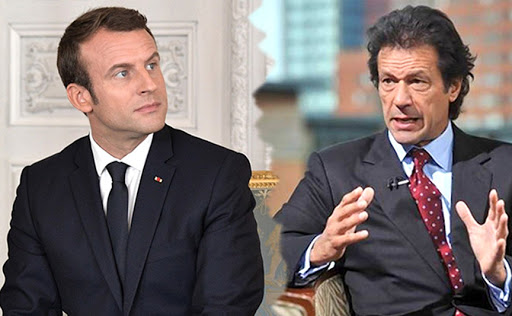 Pakistan is long-known for its mess-ups, and recently it has become really crude and has even forgotten the basic etiquettes of engaging in International arena as well as with the International community. If there were a checklist for being a failed country, Pakistan would have ticked all the pointers.

In the latest, Pakistan’s Minister of Human Rights (yeah it is a thing!) had made the scathing yet false accusation on the French President Emmanuel Macron and the proud people of France. In retaliation, France released a statement which was a borderline threat, which was after the unprecedented blowback from the French Foreign Ministry and its embassy in Islamabad.

The Minister for Human Rights, Shireen Mazari in a tweet stated that “Macron is doing to Muslims what the Nazis did to the Jews – Muslim children will get ID numbers (other children won’t), just as Jews were forced to wear the yellow star on their clothing for identification.” These false equivalences and fear-mongering were immediately countered by the French Embassy, which immediately responded by calling the tweet a “fake news and false accusation”.

While this tweet now stands deleted, but, the French government will not let this slide as is. And Paris has conveyed to Islamabad that it should keep track of the statements that it makes and, if it wants to have normal and respectable relations with France then it should maintain the basic decorum which is expected out of all nations.

The French have taken strong offence from these statements from a person of high position in Pakistan. And the following response is a true testament of how Pakistan has steadily deteriorated its position in the world.

#Pakistan must tone down it's belligerence towards France, and #Europe as a whole, or be ready for severe repercussions.#RoguePakistan @TarekFatah @marvisirmed pic.twitter.com/6lfRCaSBCE

France has recently denied Pakistan the upgrade and maintenance of its Mirage aircraft, Air defence system and submarines, which it had requested a while ago. Not only this, the latest statements, is strikingly similar to the language and stance which India uses against Pakistan, that is, asking Pakistan to clean its act before any possibility of constructive dialogue bilaterally.

Pakistan, by following the path Turkey took long ago, has made the situation from bad to worse for itself. Now, not even its older friends are standing by its side. The Saudis and the UAE both have gone the USA route, and while they were expecting Pakistan to also fall in line, it has chosen to go with Turkey, Taliban and China. And now this tweet by Pakistan’s Minister of Human Rights, Pakistan bogs it deep in trouble.

Any so-called information pertaining to alleged intent to register children being schooled in France based on religion, belief or origin, is absolutely false.

The country is basically a failed state and has been for long depended on the aid grants from various organisations including the UN-affiliated organisations and the European Union, now as the French are angry with them, Islamabad is sure to face tougher resistance in the United Nations as well as the European Union, as Emmanuel Macron takes charge of the EU after Merkel takes to her leave.