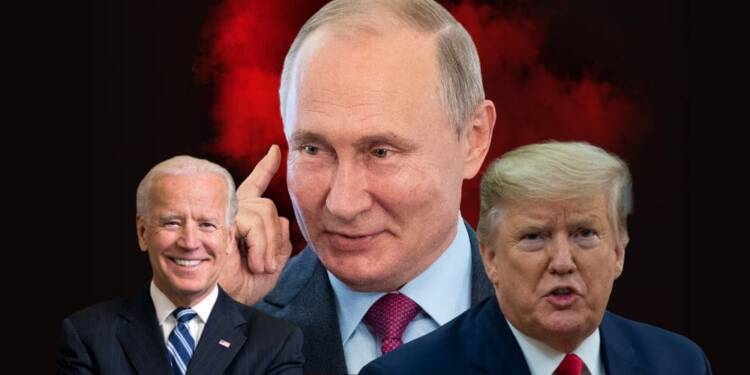 But while leaders across the world have taken the bait set up by pro-Democrat media outlets, Russian President Vladimir Putin has simply refused to accept the poll results announced by American media. Putin, a former KGB foreign intelligence officer, seems to know what leaders of other countries have overlooked.

Putin has actually gone on to make some very succinct and persuasive arguments due to which he is not accepting Biden’s purported victory. The Russian President said, “We will work with anyone who has the confidence of the American people.” He added, “But that confidence can only be given to a candidate whose victory has been recognized by the opposing party, or after the results are confirmed in a legitimate, legal way.”

Kremlin spokesman Dmitry Peskov too said that President Trump “must recognize the results of the elections and all lawsuits must be completed.” Peskov added, “Only after that will the results be officially summed up. But obviously that hasn’t happened yet.”

Putin has actually explained why the Kremlin has refused to congratulate the purported US President-elect Joe Biden. Now, the American liberal media or even the media outlets in other parts of the free world are likely to push the narrative that Putin likes Trump and hates Biden.

But here is the real deal- Putin understands how pro-Democrat propaganda machinery works in the United States of America. Russia becomes the centre of attention in the US whenever Presidential Elections are around. Even during the 2016 US Presidential polls, the Democrats had made Russia a victim of their Cold War mentality. Rumours and speculations of Russian intervention in American polls to get Trump elected were pushed relentlessly by the American liberal media.

Putin understands that the same American propaganda machinery might be at work all over again. This time around, the pro-Democrat media outlets might have simply chosen to push the narrative that Biden is the one who got elected as the next US President.

Moscow, being a target of Democrats’ Cold War mentality, understands how the American system works. So, Putin didn’t take the bait set up by the American liberal media. He seems to know and understand what the leaders of other countries are clueless about. Putin has refused to accept Biden’s so-called victory just yet and this rejection speaks for itself.