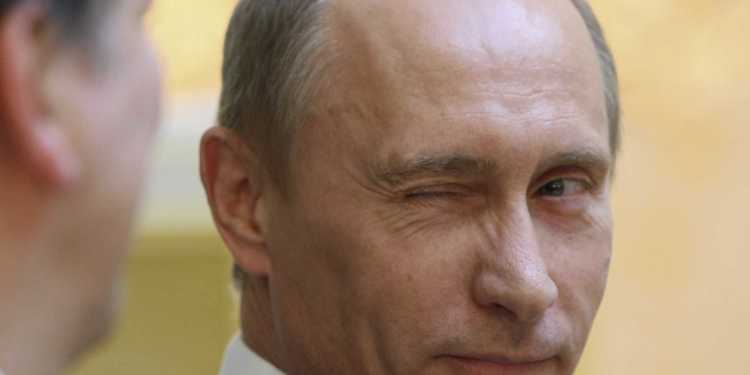 Vladimir Vladimirovich Putin is a name that is synonymous with power and authority.  The presidential election of Russia took place on 18th March 2018 and Vladimir Putin won it with a landslide majority for his second consecutive (fourth overall) term in office. Many say the election was not fair. Putin’s most vocal rival, Alexei Navalny, wasn’t allowed to run because of a trumped-up criminal conviction. There was administrative pressure on Russia’s millions of government-dependent voters – public servants, students, workers at state-controlled enterprises- to turn out and vote. At many polling stations, especially those where the fragile Russian opposition had no observers, it is believed that ballot boxes were stuffed. But irrespective of whether you accept the mandate or cry foul, he is not slated to leave office until 2024.

Author Ben Judah has mentioned in his book “Fragile Empire: How Russia Fell In and Out of Love with Vladimir Putin” that while growing up, Vladimir Putin loved spy novels and TV shows. When he was still in school, he went to the KGB office and asked them how he could join. Later he joined KGB and spent 17 years as a secret agent. In Dresden in 1989, an anti-establishment mob congregated outside the KGB office, and he was told that KGB couldn’t do anything about it without a formal order from Moscow. For Putin that was a defining moment. As president, Putin is known for his nationalism and patriotism. He once refused to read a book by a Soviet defector because he doesn’t “read books by people who have betrayed the Motherland”.

In the year 1991, all the individual republics under the Soviet umbrella disaffiliated from the Union. The week before the union’s formal cessation, 11 republics signed the “Alma-Ata” Protocol, formally establishing the commonwealth of independent states and declaring that the Soviet Union had concluded to exist. On 25th December 1991, the final leader Soviet President Mikhail Gorbachev resigned and declared his office non-existent. He handed over its power and authority, including controls of the Soviet nuclear missile launching codes, to Russian President Boris Yeltsin. When Soviet Union collapsed, 40 year-old Putin was working in East Germany as an undercover spy of the KGB.

When Soviet Union dissolved, the new government lead by Boris Yeltsin had to sell up to 45,000 public businesses, in sectors like energy, mining, and communication. These businesses were earlier run by the communist regime, which had made a complete mess out of them. All these companies ended up in the hands of a few very affluent individuals, who came to be known as the Russian Oligarchs. On the other hand, the Russian government was having hard time managing the country and president Boris Yeltsin was widely unpopular due to his cooperation with the west. To make matters worse, he was an alcoholic, and many Russians who had grown up in the Soviet Union thought he was an embarrassment. In order to remain in power, he leaned towards the oligarchs, handing them immense power which resulted in the worsening of inequality. This was the time when Vladimir Putin entered politics. He left the KGB in 1991, and became the deputy mayor of the St. Petersburg. He used his position to benefit the oligarchs, and quickly becomes their favourite. With the help of the oligarchs, he climbed the ladder. In 1999, Boris Yeltsin appointed him prime minister. Fiercely nationalistic, Putin feared that Yeltsin was letting Russia down, and NATO was expanding to the newly liberated countries. Putin wanted Russia to be strong at home and influential on the international dais. He soon got a chance in Chechnya.. In august 1999, a series of deadly bombings at the several place including Moscow killed more than 300 people. Putin immediately blamed Chechnyan separatists for the attack. Putin regularly started appearing on television, assuring the public that the bombings will be avenged, and his approval ratings subsequently grew from 2% to 45%. Russia then launched a popular war in Chechnya. The area was levelled by Russian bombings, and some estimated 80,000 people died. In December 1999 Yeltsin resigned and Putin won the Russian election.

In recent years, another component has featured in the bilateral talks- economics. Both countries have set a target of USD 30 Billion in bilateral trade by 2025. Although the major focus has always been defence, India’s space programs and nuclear installations received enormous support from Russia. India is the second largest market for the Russian defence industry. In 2017, approximately 68% of the Indian military’s hardware import came from Russia, making Russia the chief supplier of defence equipment. Both the countries meticulously collaborate the matters of mutual national interest at the UN, BRICS, G20 and SCO, where India has an observer status and is backed by Russia to become a full-time member. Russia also supports India’s demand to have a permanent seat in the United Nations Security Council. Russia has vociferously backed India’s bid to join the Nuclear Supplier Group and the Asia Pacific economic cooperation. Moreover, it has also expressed interest in joining SAARC with observer status, a grouping of which India is a founding member.

Most of the analysts believe that the Indo-Russian relationship is on a decline, at a time when Western sanctions are crippling the Russian economy. Russia is slowly cozying up to a wealthy China and as a result, the Sino-Russian relationship has been in one of its  best phases every in past few years. Chinese support to hostile Pakistan and its hostile rhetoric during the border tensions have been major issues for India. As New Delhi remains doubtful about Russian support during a conflict with China or Pakistan, it has started exploring new partnerships with Japan, France and the United States of America.

To counter the string of pearls policy of China, India has recently signed a logistical agreement with France according to which armed forces of both the countries can use each others’ bases. This comes two years after US and India signed a similar pact called LEMOA.

Although speculation is rife about India and Russia parting ways, both countries recently signed an agreement on the purchase of a state-of-the-art air defence system S400. Both countries are also jointly constructing the Rooppur nuclear power plant in Bangladesh. As Commander Harry Harris of the US Navy says, “US cannot expect India to go cold turkey on Russian Arms.” This remains applicable to space, nuclear power and counter-terrorism.

From the annexation of Ukraine, allegations of Russian interference in the American presidential elections and Germany’s election, helping Syrian dictator Bashar-Al-Asad, Putin has done everything to attract sanction from the West. As sanctions are only likely to rise in the coming days, and China keeps making advances on Russia, it will be interesting to see how Putin responds to these challenges and where India will stand in the picture.