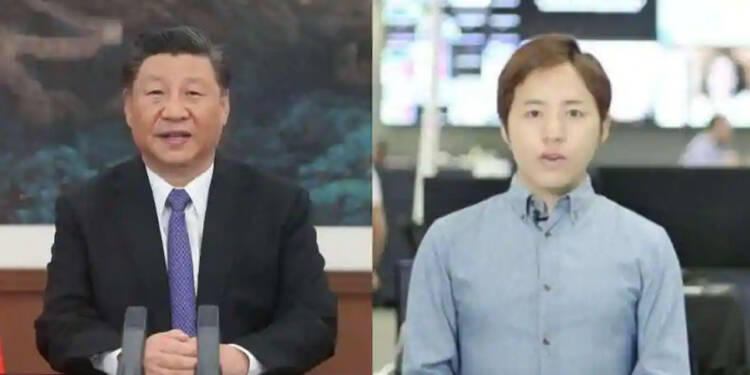 China and its hostility towards journalists that do not toe its line is a well-known fact and it is one of the reasons why 17 foreign journalists have been expelled from the middle kingdom in 2020–roughly double the number expelled during President Xi Jinping’s first seven years in power. And now, China through its troll/bot army and United Front activists masquerading as Chinese nationalists in Australia, are targeting an Australian journalist for his reportage. A journalist named Bang Xiao who works in the ABC News channel has received rape threats against his family after his content enraged Chinese nationalists in Australia.

Apparently, a skit on an award-winning program on the ABC’s television channel for school-aged children has sparked widespread controversy in the Australian Chinese community. In the show, which was produced by the BBC, a British actress of Asian descent appeared in traditional Chinese costume and ate rats, cockroaches, and jellyfish among other things. It was part of a section that was explaining the eating culture from China’s Tang Dynasty, which ended over 1,000 years ago.

A skit aiming to teach kids about what was eaten by royalty more than 1,000 years ago in ancient China is causing controversy in Australia's Chinese community, and some fear the outrage could be used by Beijing as propaganda against Australia.https://t.co/MHXlzk4ieb

Bang Xiao had written an article about the outrage with one of the sub-headings being ‘Concern over Beijing’s use of controversy as propaganda’. No sooner did Bang put out the article on his Twitter account, a flurry of nasty trolls with their vitriolic language started targeting the ABC journalist.

“Hi @Twitter and friends, I have seen horrible tweets about me and my family members since this morning. I’d encourage you to say no to abuse, troll and harassment. Please help me report the posts and don’t interact with them. Thanks a lot!” tweeted Bang Xiao.

Hi @Twitter and friends, I have seen horrible tweets about me and my family members since this morning. I'd encourage you to say no to abuse, troll and harassment. Please help me report the posts and don't interact with them. Thanks a lot!https://t.co/oW2KQxLC9Z pic.twitter.com/w8B3VID87k

The mouthpiece of CCP, Global Times even churned out a lengthy editorial piece with the headline ‘Chinese netizens demand an apology from Australian TV broadcaster for airing racist content insulting Chinese eating culture’ where the publication has targeted the Australian TV channel.

Read more: ‘Visit China at your own risk,’ China arrests Australian journalist even as ‘hostage diplomacy’ kills its tourism industry

Similarly two journalists named Bill Birtles of Australian Broadcasting Corporation and Mike Smith of Australian Financial Review had a narrow escape from the clutches of the Chinese security agencies.

When Bill was having farewell drinks with his friends in his apartment before leaving China in early September, seven Chinese police officials had stormed into his apartment and said that he could not leave the country and would later be questioned over a “national security case”. Bill, sensing the danger immediately contacted Australian consular officials, who collected him and took him to the Australian embassy, where he spent the next four days.

Mike Smith, who was based in Shanghai had also received a visit by police – prompting him to go to the Australian consulate there. Both men were questioned over Ms Cheng Lei. Ultimately, they both were allowed to leave the country in exchange for agreeing to be interviewed by police.

Australia has been at China’s throat ever since the Coronavirus pandemic began. The bilateral relations between the two nations have gone into a tailspin since it started emerging that China had clawed its tentacles deep inside the Australian way of life. China had methodically, under the nose of previous Australian regimes, had created a power nexus. And it is not only Australia and its reporters that the authoritarian regime of China has looked to arrest; even the Canadian Prime Minister Justin Trudeau has hit out at China on numerous occasions for arresting “random Canadians” and pursuing diplomatic goals.

Read more: ‘You think you can randomly arrest our citizens,’ Canada and Australia rip into China’s “hostage diplomacy”

Beijing targeting Bang Xiao who was going about his normal reporting duties is both regrettable and disturbing, to say the least. By undertaking massive censorship drives in his country, Xi Jinping believes that he could muzzle the voices of journalists outside his realm of power. However, Australia has been steadfast in giving China repeated sucker punches since the pandemic began and one can expect that neither ABC nor the Australian government would succumb to the pressure of the insipid bot army of CCP.