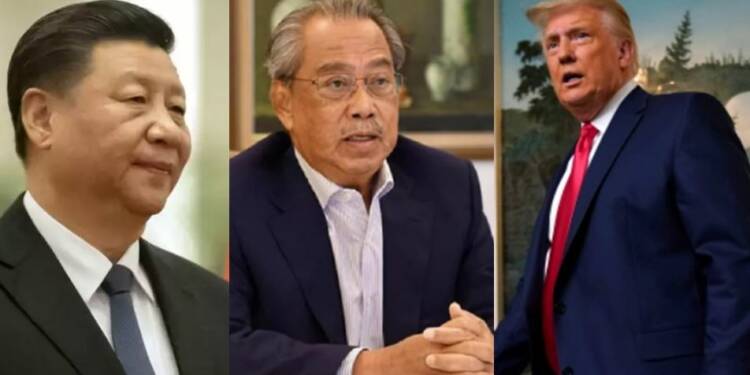 Malaysia has signed a deal with the United States pharmaceutical firm Pfizer for 12.8 million doses of coronavirus vaccines to treat 20% of its population. While the deal is essential for Malaysia to help it in vaccinating its citizens, it should come as no surprise that it also showcases the public failure of Xi Jinping’s diplomatic push to promote the China-made vaccine.

The accord for 12.8 million doses to inoculate 6.4 million people is contingent on Pfizer’s vaccine being approved by the U.S. Food and Drug Administration and Malaysia’s drug regulator, Prime Minister Muhyiddin Yassin revealed in a televised conference on Friday. The doses will cover around 6.4 million people in the Southeast Asian country.

On Twitter, The Malaysian Minister of Science Technology and Innovation Khairy Jamaluddin described the Pfizer agreement as the country’s ‘first COVID-19 deal’.

As for the Chinese agreement, he said “work is being done on the commercial terms and clinical data evaluation with individual manufacturers.”

China had offered priority access to Malaysia for its coronavirus vaccines, in a Facebook post, Muhyiddin said the outgoing Chinese envoy Bai Tian had offered that assurance in a farewell meeting, when he also conveyed Beijing’s “appreciation of the government of Malaysia for giving continuous support in various aspects to the republic, especially when the COVID-19 pandemic hit Wuhan early this year”.

China signed a deal with Malaysia in early November this year, to cooperate on the development COVID-19 vaccine. Under the pact, Malaysia will be given priority access to vaccines developed by China during a five-year period. The countries also agreed to share knowledge and expertise on matters related to the development on the vaccine.

But with China losing pace to the US, UK, Russian, and Indian developed vaccines, Malaysia

found it apt to sign a deal with the US Pfizer vaccine.

The decision to sign for a US-based vaccine company in China’s backyard shows the level of distrust that has seeped into Chinese relations since the Pandemic originated in Wuhan. With the ties already failing with the West, the Malaysian deal speaks volumes.

Despite China’s persistent and detailed outreach, Malaysia has chosen to go with the US manufactured Pfizer as the first line of defense against the virus. Moreover, it also indicates that the States in the international order – big or small, are now reluctant to engage with China on issues critical to their national security and survival.

The United States’ trade war with China in the wake of the pandemic opened up a clear divide in the Indo-Pacific and with Malaysia’s latest actions, the United States holds the clear advantage. It also serves as a message to China that Malaysia refuses to partake in China’s growing belligerence in the region or enable China’s rise.