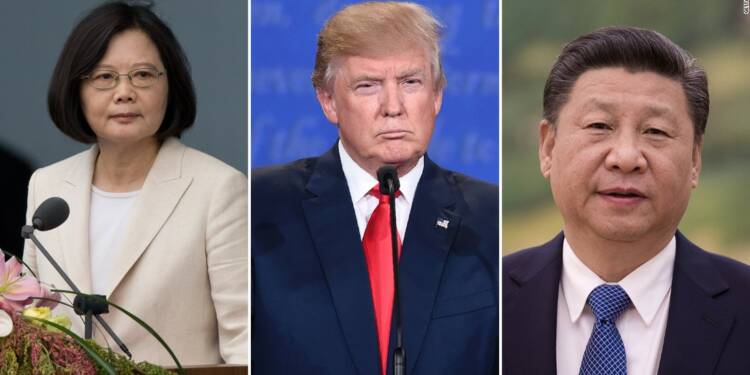 Xi Jinping’s Belt and Road Initiative (BRI) is all set to be dethroned. As per a latest Bloomberg report, Taiwan’s Finance Minister Su Jain-rong has said that Taiwan and the US are moving ahead with a plan that will finance infrastructure projects in Latin America and Asia. The Taiwanese Minister said that the joint initiative involving Taiwan and the US will use capital raised from private sector and ensure greater transparency.

The idea seems to be to kill Chinese President Xi Jinping’s flagship BRI dream. There is a lot of symbolic and strategic significance around this development. Firstly, the US is showing intent to create a parallel and more affordable infrastructure development model. This is a clear message that the BRI is not the only option when it comes to infrastructure projects. And secondly, by roping in Taiwan, the White House is showing willingness to bring Taipei in the mainstream.

In fact, there seems to be an understanding that Xi Jinping’s BRI is turning out to be a flop model, and this is the time to aggressively replace it with a more efficacious infrastructure-development model.  Jain-rong himself said that an informal US-led alliance to create an alternative to the BRI would ensure more transparency for countries looking to develop their infrastructure.

Taiwan and the US signed an agreement in September, with the object of raising funds through bonds aiming Taiwanese banks, insurers, and other private capital. With this, Washington and Taipei are looking to challenge Beijing’s attempts to finance Belt and Road projects in several dozens of countries.

The BRI itself relies heavily on exorbitant loans and usury. The Chinese State-owned Enterprises advance loans at hefty interest rates to developing economies. Very often, there is little public information about the terms of the BRI loan agreements, further complicating matters.

The BRI has therefore got reduced into an instrument of Beijing’s neo-colonialism. In several cases, China has actually used its BRI loans to usurp the territorial sovereignty of recipient nations by enforcing long-term project leases, when the developing economies fail to repay expensive Chinese loans.

Taiwan and the US understand that lack of transparency and affordability is the biggest flaw in the BRI, which is making Xi Jinping’s flagship project highly unpopular. Within China also, the level of domestic debt is rising at an alarming scale and therefore Beijing might also have to cut down on the BRI, creating a huge vacuum in the developing world that the US and Taiwan can tap into.

The Taiwanese Finance Minister said that the Taiwan-US plan “strongly emphasises the participation of the private sector, while also stressing that funds should be raised via the market, which makes it highly transparent.”

Taiwan and the US are thus looking to challenge Xi Jinping’s BRI in the most magnanimous and pragmatic way possible. If the US and Taiwan are actually able to set up a parallel infrastructure-financing plan, then it would hurt China in more ways than one.

The BRI is much more than an infrastructure-financing plan for Beijing. Xi Jinping’s obsession around this flagship programme has made it the fulcrum of Chinese foreign policy. If the BRI fails, then China’s soft power and influence in Central Asia, South Asia, Southeast Asia, and Africa would simply come crashing down.

Moreover, Taiwan’s increasing role in challenging the BRI will not only bring it closer to the White House, but also augment its influence in the developing nations searching a BRI alternative.

Taiwan and the US are thus hitting China where it hurts the most, with plans to dethrone Xi Jinping’s flagship BRI.