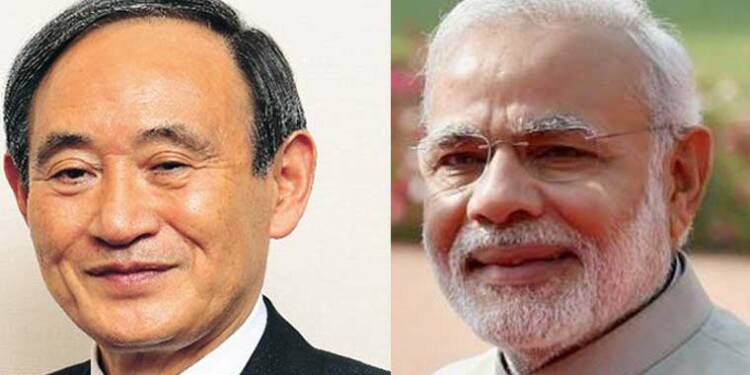 Chinese woes keep piling up, as India and Japan come together again, to counter China’s influence in the region. This time in the field of information and communications effectively blowing Huawei out of the water

India and Japan, members of the Quad have joined hands again to effectively counter Chinese influence in the telecommunications and information sector. This joint step will effectively take the relations to another level of cooperation and will efficaciously undercut Chinese ambitions to dominate the 5G market.

The two governments are looking forward to supporting the introduction of 5G wireless networks, submarine fibre-optic cables, and other technologies. Besides, nurturing professionals and cooperating on various billion-dollar projects will become one of the key pillars in furthering forward the relations of the two Quad countries.

India and China have been in a confrontation following a border clash in June. The Indian government apart from strengthening the border areas pulled down more than 200 Chinese apps from the Indian PlayStore citing reasons of national security. Increased tensions with China are promoting extensive cooperation between the two Asian giants India and Japan.

The cooperation will help the two countries to primarily set up the 5G network in India after which it can move forward to deploying the technology in the whole Asiatic region. The move will severely impact Huawei – the Chinese tech-giant, in the region. While Huawei has been kicked out by the United States and a hist of European Nations, India’s cooperation with Japan will further ensure a closed market in the 5G sector in India and Japan.

Japanese e-commerce Giant Rakuten will co-operate with Indian telecom giant Jio which will ensure extensive cooperation beyond 5G. While Rakuten will provide a cloud-based mobile network that will reduce installation and operation, Jio will help deliver the base of support for the implementation of 5G in the Indian market. Together the companies will provide one of the biggest 5G networks independent of Chinese technology.

Both Jio and Rakuten are some of the few telecom companies which can boast of being completely free of Chinese equipment and with the USA’s commitment to its “clean net” program, Huawei will be blown out of the 5G tech race.

Moreover, Rakuten’s expertise in e–commerce and Jio’s telecom base will help the two companies and inevitably the two states to expand each other’s business and market manifold.

Rakuten and Jio could emerge as the new next-generation Tech-Giants in the telecommunications and information sector. With an expansive reach and the market at their disposal, they could blow out the competition from the Chinese Huwaei. Furthermore, their Asian origin will help Asia take the lead in the e-commerce and telecom sectors which will build Asia’s status as the crowning force in the world and further diminish Chinese ambitions of world domination.

Apart from Rakuten, HAPSMobile, a Tokyo-based subsidiary of SoftBank is holding talks with a leading Indian telecom company to sell technology for stratospheric telecommunications employing a solar-powered unmanned aerial vehicle.

China, via its BRI which is riddled with failures on many fronts, is trying to pursue economic relations with countries in the Indo-Pacific region but India, along with the US, Japan, and Australia in a bid to strengthen their “Free and Open Indo-Pacific” strategy is expertly countering China’s expansionist and belligerent policies. The new alliance between the members of the QUAD – India and Japan- will surely reinforce the principle of the QUAD in the near future.