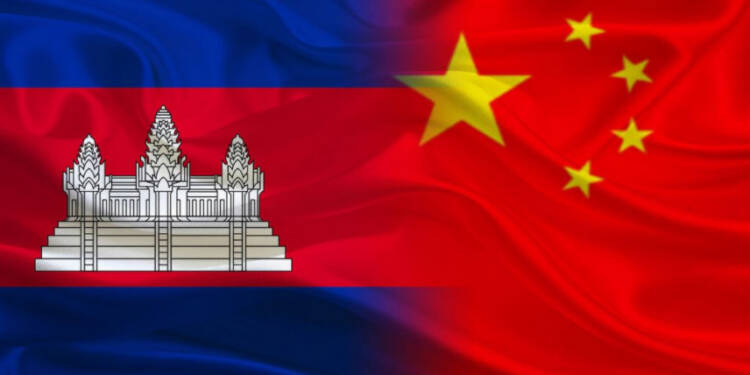 Cambodia’s overt dependence on China since the 1960s has harmed the sovereignty of Cambodia and its foreign policy. Beijing took advantage of its control over Cambodia during the Vietnam war when it allowed Viet Cong supply lines to run through its KompongSom port up to the Ho Chi Minh trail.

Given the economic impact from the coronavirus pandemic on many countries in the Association of Southeast Asian Nations (ASEAN), analysts have pointed to the need for its members – including Cambodia – to diversify away from China and tap into global supply chains. Cambodia is in FTA negotiations with South Korea and the Eurasian Economic Union, and the government-held its fourth round of trade talks with South Korea last week.

The weakness shown by the then Cambodian leadership invited the American B-52 Stratofortress bombers paying Cambodia some visits and it feels the effects till today. The choice of Cambodian leadership to side with China punished Cambodia further and it was sent deeper into diplomatic isolation.

Beijing which was at the time keen on exporting the communist ideology all over the world even went on to instigate a coup d’etat in Cambodia by helping the Communist Khmer Rouge in 1970 and them taking over Kampuchea in 1975. China had stood aside and done nothing when the ruthless Communist Khmer government inflicted brutalities and massacres on the Cambodian citizens. China even went on to supply the barbaric regime with economic, military, and diplomatic aid.

History has taught the lesson very well that a country should never be dependent on a foreign party as it puts its freedom at the risk. History also teaches us that in international politics there are no permanent friends but permanent interests. In the case of China this statement even more important as it has had a past of abandoning its ‘friends’ if they get a better offer.

Cambodia should be aware of the above-mentioned fact that a foreign power like China is the epitome of opportunism and whose moral standards are as low as a crime syndicate rather than a normal country. Chinese officials with their newly stitched deep pockets have been pushing corruption among local authorities resulting in Chinese nationals having disregard for the local Cambodian laws. This has fueled incidences of homicides, kidnapping, extortion, and prostitution, all with Chinese players and their money in the background.

The corruption has led to the poor quality infra projects being operated in the Cambodian territories by the Chinese construction companies. The well-paid Cambodian officers often go easy on the Chinese projects who downplay the importance of working environment security issues. One such incident was the collapse of a building that killed 28 people in June last year.

Chinese support to the Khmer language angering the majority Cambodian speaking people, its cyber machinery attacking the local politicians, human rights activists, and the institutions working hard to put forth the voices of Cambodian people, Chinese interference in the Cambodian elections in 2018 has led to further distrust among Cambodians for China.

Read More: After Japan’s mass exit from China, EU could be looking to “diversify” its businesses operating in China too

China has also entrapped Cambodia through the means of economics just like it has done with several other countries. Cambodia’s debts to China account for more than 25% of its GDP according to a report by Germany-based Kiel Institute for the world economy.

Cambodia is slowly realizing that the mistakes done by its leadership all these years have done it severe harm. Many of these mistakes are even irreversible. But as something is better than nothing, Cambodia should focus on diversifying its political and economic ties. Recent steps in the post Coronavirus era have been positive with Cambodia’s decision to diversify its supply chain command and recalibrating with the US, take advantage of its strategic position to establish a robust security structure that helps it further collaborating with international powers.

It is high time for Cambodia to come to the fact that its position right now as among the poorest countries of the world is only because of its over-dependence on China. Cambodia of today must be for Cambodian people only and not for the Chinese Communist Party.