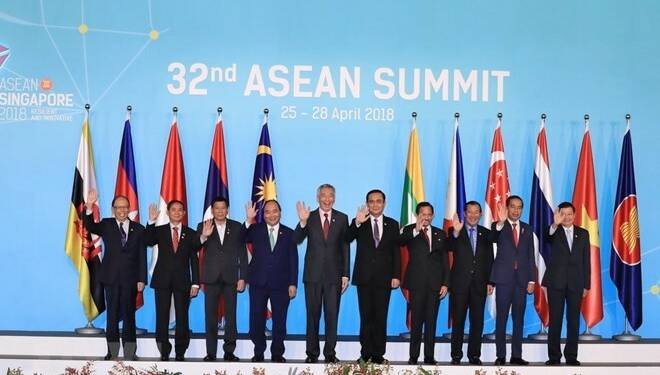 Former top Singaporean diplomat Bilahari Kausikan in a webinar on the 23rd of October took the whole diplomatic and foreign policy community by surprise. He mentioned that Cambodia and Laos are “teetering precariously on the edge” of transferring their agency to an external nation and later added, “we may have to cut loose the two to save the eight.” The statement means much more because it is coming from a former permanent secretary at Singapore’s Ministry of Foreign Affairs.

The interesting point was a strong criticism for the statement came from a group that claimed to be made up of retired and active Cambodian diplomats. An unsigned open letter was published in the Cambodian pro-government media Fresh News Asia where they criticised Bilahari Kausikan’s comments as a “barrage of misleading and flawed claims” and much more. However, the owner of the media house has never hidden his love for China and General Secretary Xi Jinping.

During addressing, a webinar at the 35th ASEAN Roundtable organised by the ISEAS-Yusof Ishak Institute, Kausikan remarked, “Neutrality does not mean lying low and hoping for the best,” adding that, “true neutrality means knowing your own interests, taking positions based on your own interests and not allowing others to define your interests for you by default.” It turned out to be the most lucid and detailed criticism of Cambodia which has been for a long time acting as a Chinese lackey and there is a plethora of evidence to prove it.

ASEAN countries as the numbers stand today came into being just a decade and a half ago. The organisation dates back to 1967, thus it is very evident that ASEAN’s existence is a miracle in itself and it has lasted this long because the organisation has successfully kept great power competition at bay. However, the compromising situation of Cambodia makes it the Achilles’ heel for ASEAN.

As the sovereignty of Cambodia is compromised and Cambodia can become a tool to sabotage the whole of ASEAN, the member countries will most likely consider safeguarding the sovereignty of ASEAN instead of letting it be sabotaged from within. This observation by Mr Kausikan is a prelude to what actions might be in line if going ahead Cambodia becomes a total puppet of Beijing.

As reported by Strait Times, Mr Kausikan noted that in 2012 for the first time in its history ASEAN failed to reach consensus on a Joint Communique, because the foreign minister of Cambodia during that time refused any compromise on the South China Sea issue. It gave China ample opportunity to start building artificial islands in the South China Sea. The Cambodians have been slowly giving the authority of their ports to the Chinese, including the most important Ream Naval base, and in the long run, they may become a colony of China for all practical purposes.

Read more: A week after a pro-China govt of Cambodia destroyed US facility, US turns it back to its side

Just recently Cambodia went ahead with the demolition of a facility built by the United States at Cambodia’s largest Naval base, the Ream Naval Base and the Cambodian government has gone ahead with hosting the People’s Liberation Army’s (PLA) military assets in the same base. This has direct ramifications for the sovereignty of ASEAN.

On the other hand, Laos too is now reeling dangerously in Chinese debt. This happened as Chinese-built dams have created artificial droughts in the Mekong and in such vulnerable times, Laos has relied on Chinese loans. The debt to China is 45% of its GDP and with this aggressive debt-trap diplomacy, China has gained de-facto control of the National Electricity Grid of Laos.

These examples may be shocking, but are a reality and as we speak these countries are further drowning into China’s debt making them pseudo-colonies of China.

It is for sure to threaten the sovereignty of ASEAN, and it may very well put other ASEAN member countries into compromising situations. For saving themselves from such situations the ASEAN countries may agree to part ways with Cambodia.

As the Chinese are aggressively following their debt diplomacy and may very well take over the whole of the Mekong basin if the Cambodian regime continues to kowtow towards the middle kingdom. It will substantially affect the centrality of ASEAN in the Indo-Pacific.

Read more: Debt trapped Cambodia chooses the devil’s side, demolishes US-built naval facilities as a part of its initiation.

The ASEAN for long had managed the great power competition between China and USA by maintaining deep involvement of both the countries in the region so that they can cancel each other out. But recently as the economic development in ASEAN has been highly unequal, countries like Cambodia and Laos have found Chinese investment cheap and lucrative.

The monstrous investments by China had flipped the ASEAN great power balance in China’s favour, but the unofficial establishment of QUAD has been countering that effect. Countries like India, Japan and Australia apart from the USA are increasing their foothold in the region. This has very successfully countered Chinese designs.

The emergence of Quad should give hope, and the ASEAN may even make the last try to rest Cambodia out of Chinese influence, but if this attempt fails, then ASEAN will most likely go with removing the tumour before cancer spreads. It may also make sure that ASEAN leans towards QUAD more decisively, and the ASEAN may find no choice but to counter Chinese influence in the region.